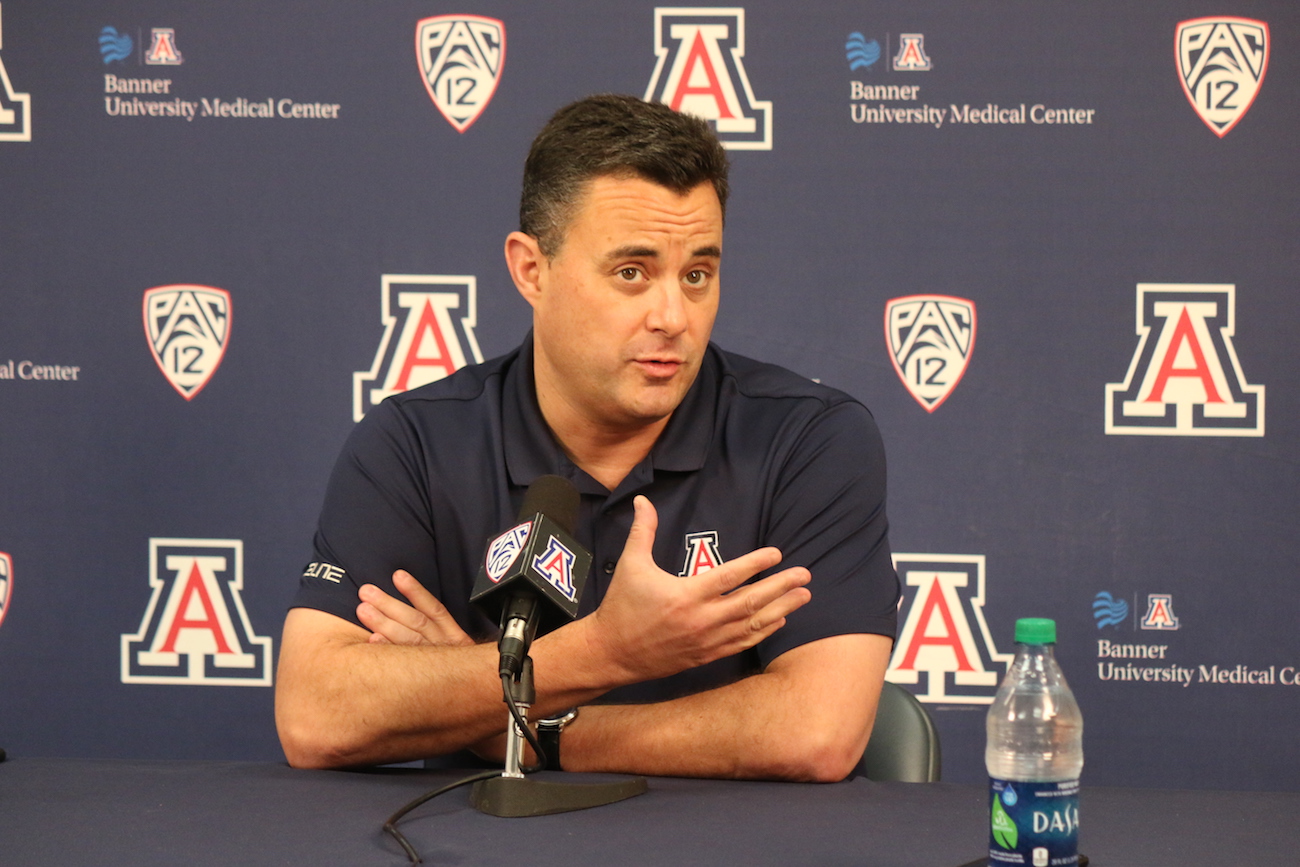 Quite a Tuesday for @Aplayersprogram . National magazine covers, discussion of pre-season number one rankings, a 2018 national title contender all part of the narrative in Tucson. Um…you might want to tap the brakes on all of that. In brief summation, the program postponed their annual media day that was set for Wednesday. This came on the heels of the bombshell revelation that a University of Arizona basketball assistant coach was part of fraud and corruption in college basketball. The findings were released by the Federal Government on Tuesday. @Aplayersprogram assistant Book Richardson has been side by side with head coach Sean Miller for 9 seasons in Tucson. Richardson was arrested for allegedly paying a recruit to commit to Arizona and taking $20,000.00 in bribes.

Today was a disaster for college basketball. A lot of tomorrows to come promise to be worse. https://t.co/yKki6Q6z0N

STATEMENT FROM THE UNIVERSITY OF ARIZONA

We were made aware of the Department of Justice’s investigation this morning and we are cooperating fully with the FBI and the U.S. Attorney’s office. Assistant coach Emmanuel Richardson was immediately suspended and relieved of all duties.

We were appalled to learn of the allegations as they do not reflect the standards we hold ourselves to and require from our colleagues. The University of Arizona has a strong culture of compliance and the expectation is we follow the rules.

We became aware of the situation involving one of our men’s basketball coaches Emmanuel Richardson this morning. We have been working in conjunction with the University, and have confirmed that Richardson has been suspended effective immediately. We will cooperate fully with authorities as they move through their investigation.

We work under the basic directive that all department personnel operate within applicable laws and NCAA rules. The behavior that Richardson is accused of is completely unacceptable and does not reflect the principles of this athletics department.

The FBI tip line for NCAA corruption has just been opened.

I'd pay to listen to this machine in the coming days.