My apologies for missing last week’s edition, but I’ll try to make up for it in this edition.

Busy day on Tuesday with the AIA rankings beings released, so let’s get to it.

But what are we talking about?

Perhaps the still-a-mystery formula used by the AIA to devise them? Are the rankings fair? What do they mean?

To the latter I’d answer:  Not much at this time of the year.

There is still half the season to be played, plenty of time for teams to recover from an unexpected start or time to turn a good start into a bad finish.

Still, the rankings do represent a valuable report card for teams and where they stand in the playoff picture that will be fully developed about five weeks from now.

It was exciting to see five teams in the CountyLinePreps.com coverage area ranked in the top-16 of three different conferences, highlighted by top-ranked Queen Creek in 5A.

Other teams include defending State Champion American Leadership Academy – Queen Creek (No. 2), Florence (No. 5) and Benjamin Franklin (No. 3) in 3A. San Tan Foothills is No. 7 in the 2A rankings.

Big games on tap – There are a pair of big games being played this Friday featuring area teams, including one battle for supremacy in the 3A Central Region and another inter-conference matchup.

Big ? game vs. Florence on Friday. Ride the free spirit ? to the game. See student services for a permission slip. Free t-shirts for riders.

“I’m just looking forward to playing with my team,” Florence senior quarterback Jared Wood told CountyLinePreps.com. “It could be our last game on that field. (The) game has a little bit more hype to it but other than that, for us, it’s just another game.”

Both teams’ rosters are senior laden, so experience on both sides should keep emotions in check.

The Patriots’ defense, which is allowing 13 points per game in five victories so far, will have to find a way to limit the Gophers’ quartet of Wood, Nolan Susel, Shane Mathis and Joshua Maignan. Florence is averaging nearly 50 points per game.

The Gophers’ defense, which has improved each week, will look to play its best game of the season.

The Patriots average just under 40 points per game.

The challenge for Florence might be the number of playmakers on the Patriots. In addition to senior quarterback Matthew Nevill, the Patriots have Trey Miller and Tarrik Workman in the backfield as well as receivers Bujon Boyd, Kade Lunt and Tanner Mclachlan.

All six are seniors.

The other big game, which features Benjamin Franklin – No. 6 in 3A – at San Tan Foothills, the seventh-ranked team in 2A, does not have region-title implications. However, it could impact the teams’ rankings within their respective conferences.

So, who’s ready to take on 3A #6 @BFHSathletics Ben Franklin on Friday? 3 sleeps until #GameDay #YearOfTheCat #SabercatNation

There isn’t a bigger game on the schedule, according to one Sabercats’ player.

“This is our biggest game of the season, hands down,” senior receiver Sebastian Penaflor told me during a phone interview.

He even compared it to the Super Bowl.

No doubt, it’s a big game but Super Bowl might be a little overstated.

Both teams have been lighting up the scoreboard and playing stingy defense.

I expect the defenses of both teams to rise to the occasion, resulting in a low-scoring affair in San Tan Valley on Friday night.

In it Queen Creek’s Travis Schureman, as well as his team, get well-deserved mentions.

I disagree, however, with Richard Morin’s claim that this is a rebuilding season at Queen Creek.

The Bulldogs, a perennial playoff team that is a top state-title contender this season, rarely rebuild.

POTW and POTM – Since we missed last week’s edition we didn’t get the chance to say Queen Creek volleyball outside hitter Claudia Wilson was our Little Caesars Player of the Week two weeks ago.

HINT:  It’s a player previously mentioned in this edition of The County Line.

Finally, I’m looking forward to attending Queen Creek’s pep assembly on Friday to present Bulldogs’ quarterback Devin Larsen with his August Player of the Month awards – a $25 gift card from Little Caesars and a plaque, courtesy of Tempe Trophy.

We’ll post our September Player of the Month poll on Twitter this Friday. Look for it and VOTE! 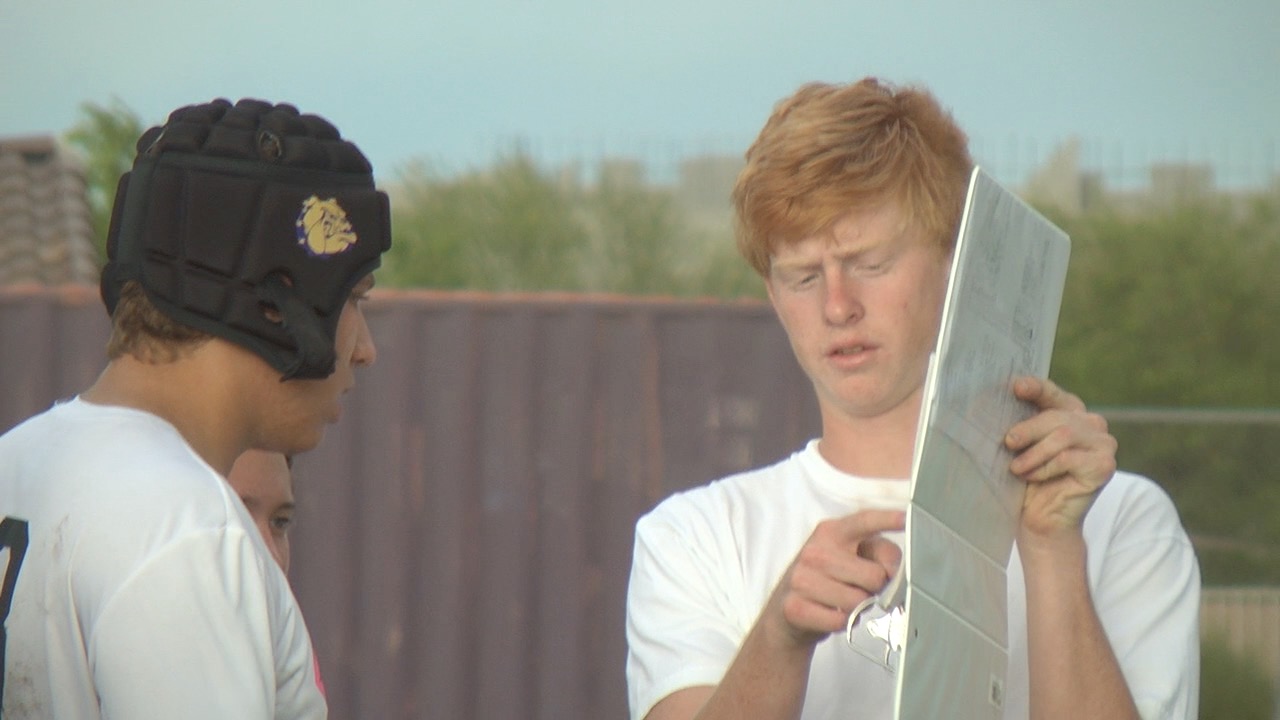 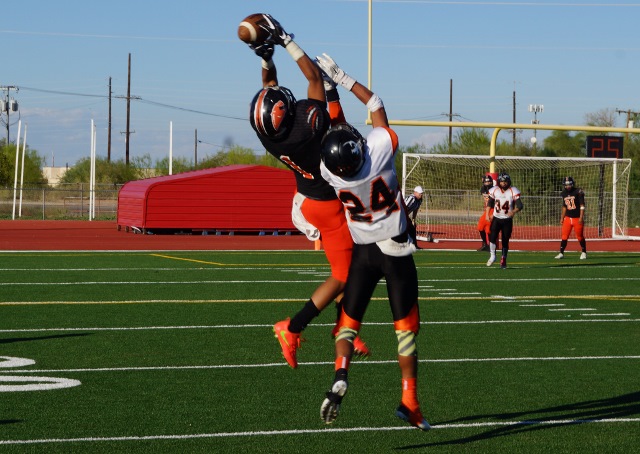 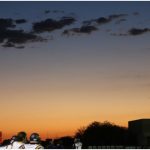