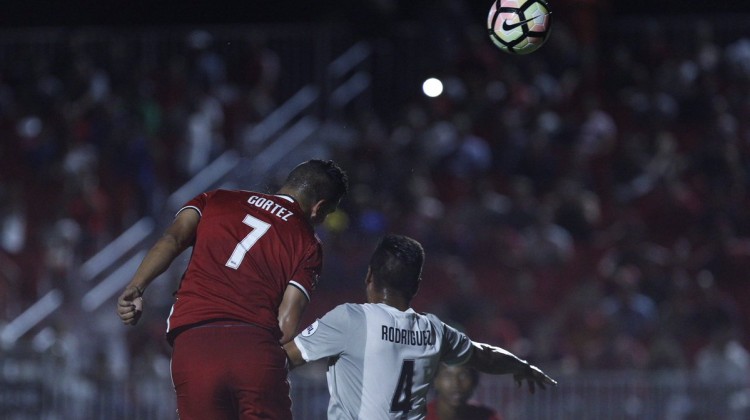 An electric start from Chris Cortez and Phoenix Rising FC culminated in a 3-1 victory over Sacramento Republic FC.

Cortez made his presence felt on the field with an early goal and two assists.
Being

“For us it was really to set the tone at home,” Cortez said. “I think we have done very well to do that.”

Phoenix took the early lead in in the 10th minute when forward Chris Cortez beat the Sacramento defense to head in the first goal on a Sean Wright-Phillips cross from a corner kick.

Phoenix forward Jason Johnson scored in the 48th minute on a precise first-touch shot to the inside post after a low pass from left to right on a give-and-go assist from Chris Cortez.

“For me to get a second goal so early in the second half that helped us a lot and the momentum of the team,” Johnson said. “As you could see, they scored one a few minutes after, but I think the momentum from that goal and from the first half was just too strong.”

Sacramento got on the board in the 50th minute when Trevin Caesar tapped in a shot after a diving save by Phoenix Goalkeeper Carl Wosczcynski.

Phoenix responded in the 52nd minute after Peter Ramage headed the ball in when Sacramento goalkeeper Evan Newton missed a punch on a high ball off a corner leaving a loose ball to Chris Cortez who chipped a cross inside the area to find Peter Ramage who finished with a strong header to give Phoenix a 3-1 lead.