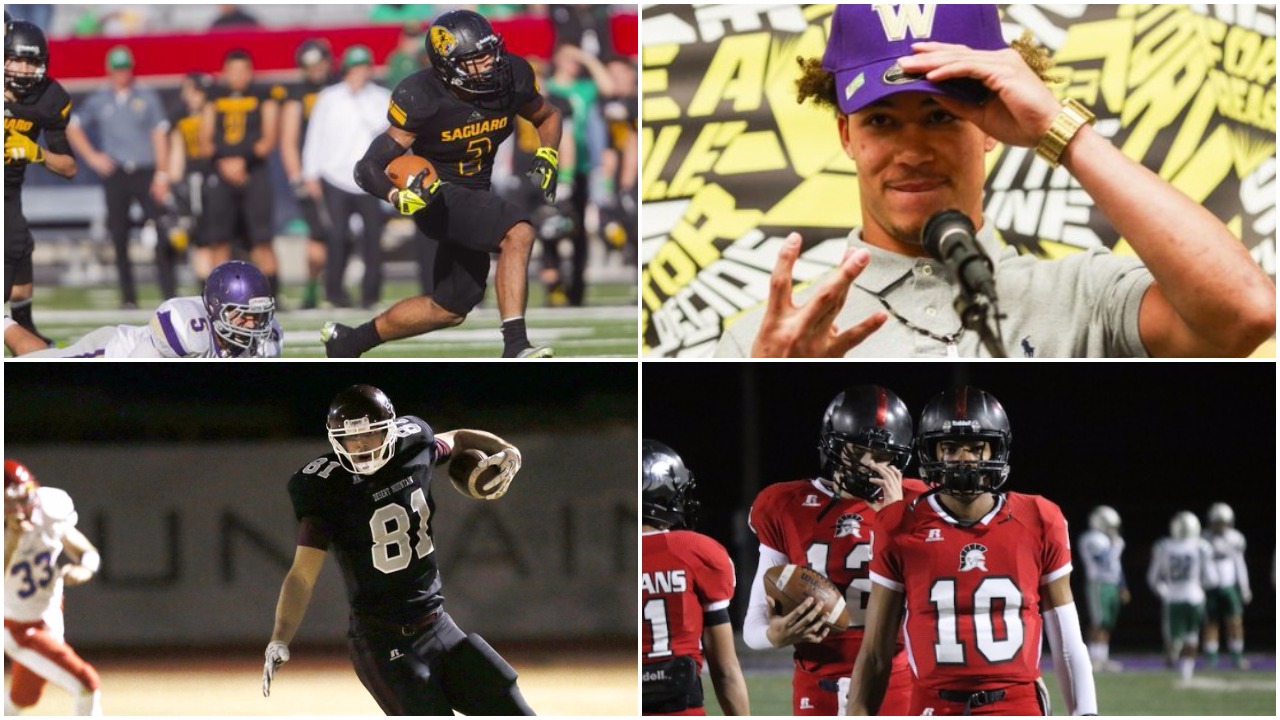 Arizona Cardinals rookies Budda Baker and Trevor Knight are very familiar with a couple former Arizona high school standouts that are among college football’s best players. Throughout their college careers, both current Cardinals got to see the type of talent Arizona produces each and every year at the prep level.

While Knight, a graduate transfer to Texas A&M from Oklahoma, only had one year with Christian Kirk, he was well aware of the former Saguaro star’s reputation for big plays. The Cardinal quarterback walked away even more impressed with Kirk’s work ethic and drive after spending a season with him.

Kirk’s high school teammate Byron Murphy, who redshirted with Washington last year, was the defensive scout team player of the year with the Huskies. Had Chris Petersen’s secondary not featured second-round draft picks Baker, Kevin King and Sidney Jones, Murphy could have been a starter for the College Football Playoff-bound Huskies. Even though Murphy didn’t see the field as a freshman, he earned the respect of Baker and plenty of other Huskies thanks to his work ethic. Baker believes Murphy is poised to become a household name over the next few years.

Trevor Knight wrapped up his career with the Aggies, but the dual-threat quarterback spent three years with the Oklahoma Sooners that featured a 2013 season where they beat the Alabama Crimson Tide in the Sugar Bowl. While in Norman, one of Knight’s favorite targets was former Desert Mountain receiver Mark Andrews. Andrews converted to tight end with the Sooners, and has been the perfect mix of size and speed to be a matchup nightmare for college (and eventually NFL) defenses. He enters the 2017 season as one of the top-rated tight end in this upcoming NFL draft.

Former Paradise Valley quarterback Daniel Bridge-Gadd received an offer from Chris Petersen and Washington relatively late in the 2016 recruiting cycle, and DBG jumped at the chance to play in Seattle. Like his defensive counterpart Byron Murphy, Bridge-Gadd earned offensive scout team player of the year honors last year with the Huskies. He proved crucial in Washington’s game prep when they faced a mobile quarterback like Alabama’s Jalen Hurts.

These Cardinals’ connections to former Valley prep stars is further proof of the rising quality in the Arizona high school football scene over the last decade.