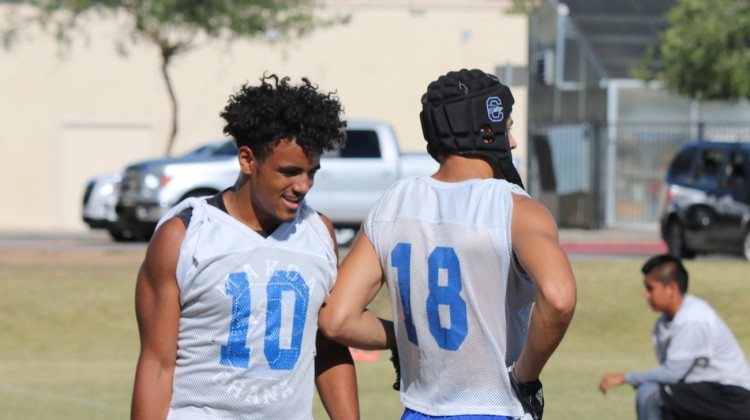 The Chandler Wolves have been one of the most consistent programs in the state.

They are also apparently consistent in their commitments.

The 6-foot-2, 210-pound pass catcher has the makings of a tight end if he continues to bulk up and is coming off of a junior season where he averaged nearly 19 yards per catch and had 484 yards and four touchdowns.

This is the sixth commitment for Chandler in the 2018 class: Manoa, Jackson and Cadwell all are heading to UNLV, wide receiver Gunner Romney and kicker Cash Peterman are BYU-bound and outside linebacker/defensive end Brayden Flynn is committed to Navy.

It’s been a busy week for Wolves in multiple recruiting classes.

In addition to the commitments of Romney and Caldwell, 2019 quarterback Jacob Conover was offered by Alabama on Monday.