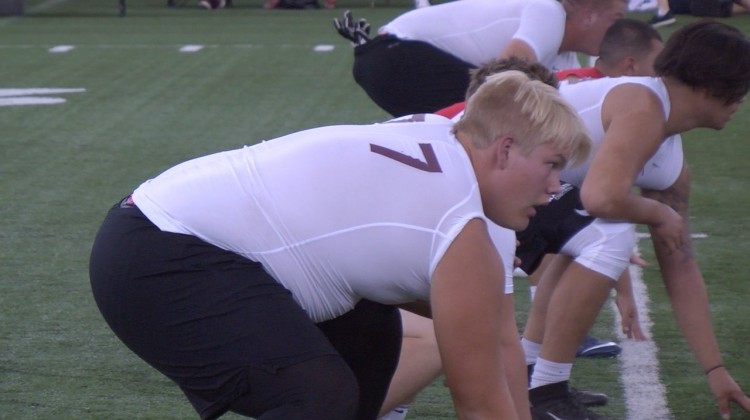 While the Sun Devils are coming off of a very productive June adding five commits, they had yet to earn an in-state commitment.

Hamilton offensive lineman Hunter Mayginnes gave his verbal commitment to the Sun Devils. Standing at 6-foot-5, 325 pounds, the two-star lineman held offers from the Sun Devils and Idaho. Mayginnes was the cornerstone of the Husky offensive line and looks to continue that (and his dance moves) his senior season.

“ASU is close to home and they have a great band of brothers,” Mayginnes told Sports360AZ’s Jason Jewell.

Mayginnes also sited his connection with ASU offensive line coach Rob Sale and wanting to be close to home to watch his younger siblings play sports.

“I felt that it was a great fit, and I didn’t want to pass up,” Mayginnes said. “I wanted to get it over with so I could focus on winning the gold ball this year.”

Huskies To The Next Level