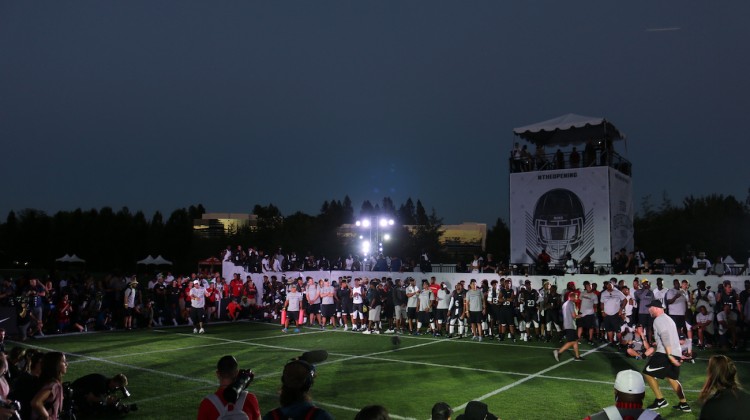 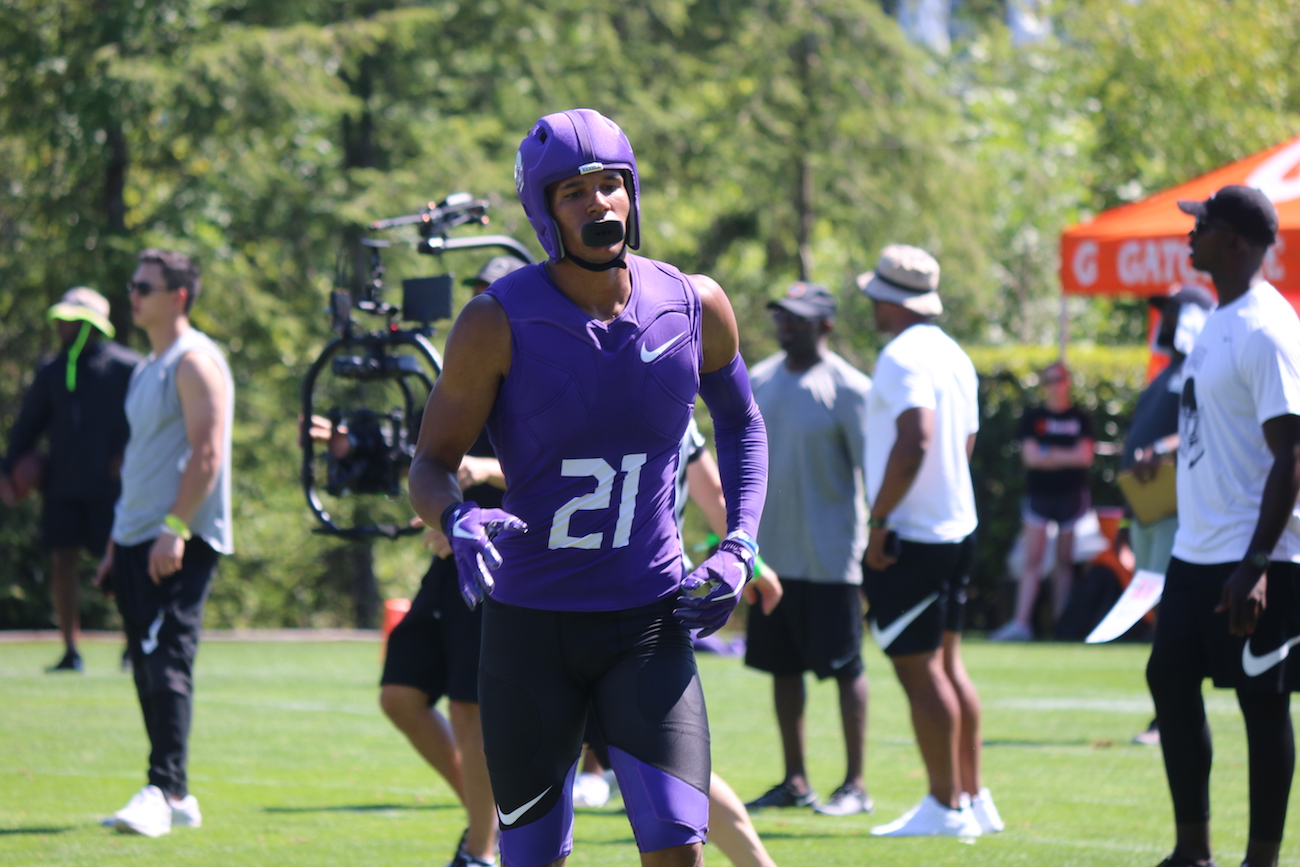 The Opening brings in over 150 of the top high school football players to Nike Headquarters in Beaverton, Oregon. We are through pool play in the 7-on-7 tournament for the quarterbacks and skill guys and Monday will feature the big man championship.

Here are some takeaways:

Football is an unforgiving sport, and injuries can happen even in exhibition events. During one-on-one, fully padded drills, four-star defensive lineman Greg Emerson went down with a significant lower leg injury and needed to be carted off the field, ending the “big man” portion of the day.

Spoke w someone close to Greg Emerson. Dislocated ankle/fractured fibula. Will need surgery but could b back as early as 4-6 wks. Great news

Hamilton quarterback Tyler Shough has had a meteoric rise over the past three months: going through the Elite 11, committing to North Carolina, taking summer school classes to early-enroll at UNC and getting to The Opening Finals. He got off to a hot start, connecting multiple times on Sunday with fellow city of Chandler star Gunner Romney.

Shough was in an interesting position. Each team featured two quarterbacks, and Shough was paired with Tanner McKee. McKee is a devout Mormon who does not throw on Sundays, meaning Shough took all the reps on Sunday on top of four days of workouts prior to the tournament. It will be interesting to see if fatigue is a factor for Shough on Monday.

Gunner Romney was statistically the best receiver for the state champion Chandler Wolves last year in a receiving corps that I believe was the deepest position group in the entire state. After talking to multiple national recruiting analysts, many didn’t know much about Romney coming into the Elite 11 competition, where Romney was one of Shough’s receivers. After winning the MVP there, he was invited to The Opening finals and has impressed those analysts with his ability to catch in traffic and come down with a contested throw. Utah, BYU and ASU are all at play with Romney’s recruitment, and the Chandler wide receiver told me a decision could be coming in the next few weeks.

How does Scout national director of recruiting Brandon Huffman describe North Canyon wide receiver Solomon Enis? Smooth. Enis is a 6-foot-4, 190-pound receiver who is developing into a matchup issue for defensive backs beyond high school. He has the size, he has the speed, and he isn’t afraid to get physical in a jump ball situation.

Former Saguaro standout and Texas A&M receiver Christian Kirk was in attendance working with some of the best receivers at this year’s Opening Finals. Kirk has been tabbed as one of the top receiver prospects in this upcoming NFL draft, and was working with a team that featured Amon-Ra St. Brown and Jalen Hall, arguably the top two receivers in this year’s recruiting class.