K.P. Kortsen knew the day was coming. Now it’s time for the Flagstaff High School senior to step out of background and into the spotlight for an Eagles basketball program which went 59-16 over the past three seasons.

Gone are leading scorers Brandon Tiffany and Christian Singleton who combined to average close to 30 points per game for 22-5 Flag last season. Veterans George Faull and Will Aldridge have also graduated.

It’s now Kortsen’s team and he knows it.

“This year we’re going to have a lot of younger players so I’m going to have to show them,” the 6-foot-5, 190-pounder said to Sports360AZ.com at a recent ACU Summer Team Camp. “We run a lot of plays with this offense so I have to help them with that and how to work hard off the court and on the court.”

You’ll be hard-pressed to find a better example than the well-spoken Kortsen whose game, much like his 3.2 grade-point-average, continues to impress. After averaging four points and five rebounds as a junior, he’s putting in the work for a breakout final prep season in northern Arizona.

Walton is hoping Kortsen’s max effort this summer will carry over to the season as the young, but talented Eagles look to keep soaring in the 4A Grand Canyon Region where they finished a perfect 12-0 last season before falling to Buckeye in the state tournament.

“We have a really good coaching staff and a really good offense,” Kortsen explained. “If we just all work together than I think we can do the same thing we did last year.”

Individually, Kortsen has the size, ball-handling and overall skill set to attract college interest. He has spoken with GCU and NAU and plans on visiting Penn State.

“K.P. already comes with the skills to compete at that level,” Walton said. “[College] coaches that have reached out have been excited about his potential. The growth obviously is the big part. He’s still growing.”

Walton and his staff are hoping the Eagles follow Kortsen’s growth, both on and off the court. 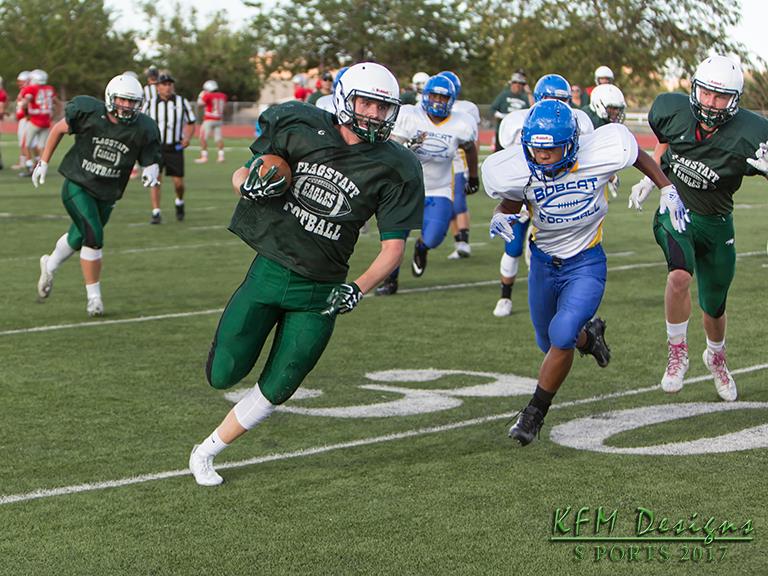