It hasn’t been an easy offseason for the Hamilton Huskies.

The entire Chandler community was rocked when allegations of hazing on the football team came out and multiple players were arrested. In the process, long-time Hamilton head coach Steve Belles was reassigned from the team.

Now, the team is trying to pick up the pieces and come back together. With Dick Banzieski now as head coach, he wanted to bring in some outside help to help lead and motivate his team.

Hiner is a retired Navy SEAL and best-selling author who coaches and consults groups in leadership, team building and resiliency. He played college baseball with Jamie Brewington – his son, Chance, played receiver for the Huskies and is currently on the NAU football team – and Brewington was able to connect Banizieski and Hiner.

Banizieski says he needs three minutes with someone to figure out if he likes them. He only needed two with Hiner.

The two hit it off, and the Hiner Group drove from San Diego to speak with the football team last week.

“The best thing it does is it shows our kids that you have to self-advocate. You have to ask for help,” Banizieski said. “You succeed in groups. You fail by yourself, and don’t ever be ashamed to ask for help. Just by them being that gracious and doing it and it’s a great message.”

The Hiner Group presented real life examples of trust and accountability to the Husky football team. The players were called upon to find their “swim buddy,” someone to hold them accountable and rely upon.

Thank you to @edhiner and the Hiner Group for the awesome leadership workshop today and all those who attended! #EarnItEveryday pic.twitter.com/qh27C1QRNa

They also broke into groups and had to transport red cups from one table to another and stack the pile as high as they could.

The only problem was they couldn’t touch the cups.

So they used string and rubber bands to harness the cups and begin stacking.

Then adversity – a giant fan – struck.

Hiner and Coach Bano dragged the fan along the tables and cups went crashing. Some quick thinking players became human shields to block the wind. Other innovative souls unplugged the fan.

This is just one example the group used to show teamwork, facing adversity and thinking on their feet.

While it can be easy to get caught up with stats, roster spots and playing time, Hiner believes success can come from one simple thing.

“It’s been about loving your teammates,” Hiner said. “And with that, if you drive from that, everything else handles itself. (It’s) selflessness, but that love you try to tap into those guys, the elite teams all have it. They don’t talk about it but that’s kind of the chemical that builds you.”

The Hamilton Huskies will use what they learned from the Hiner Group this offseason as they prep for their season opener against Boulder Creek on August 18th. 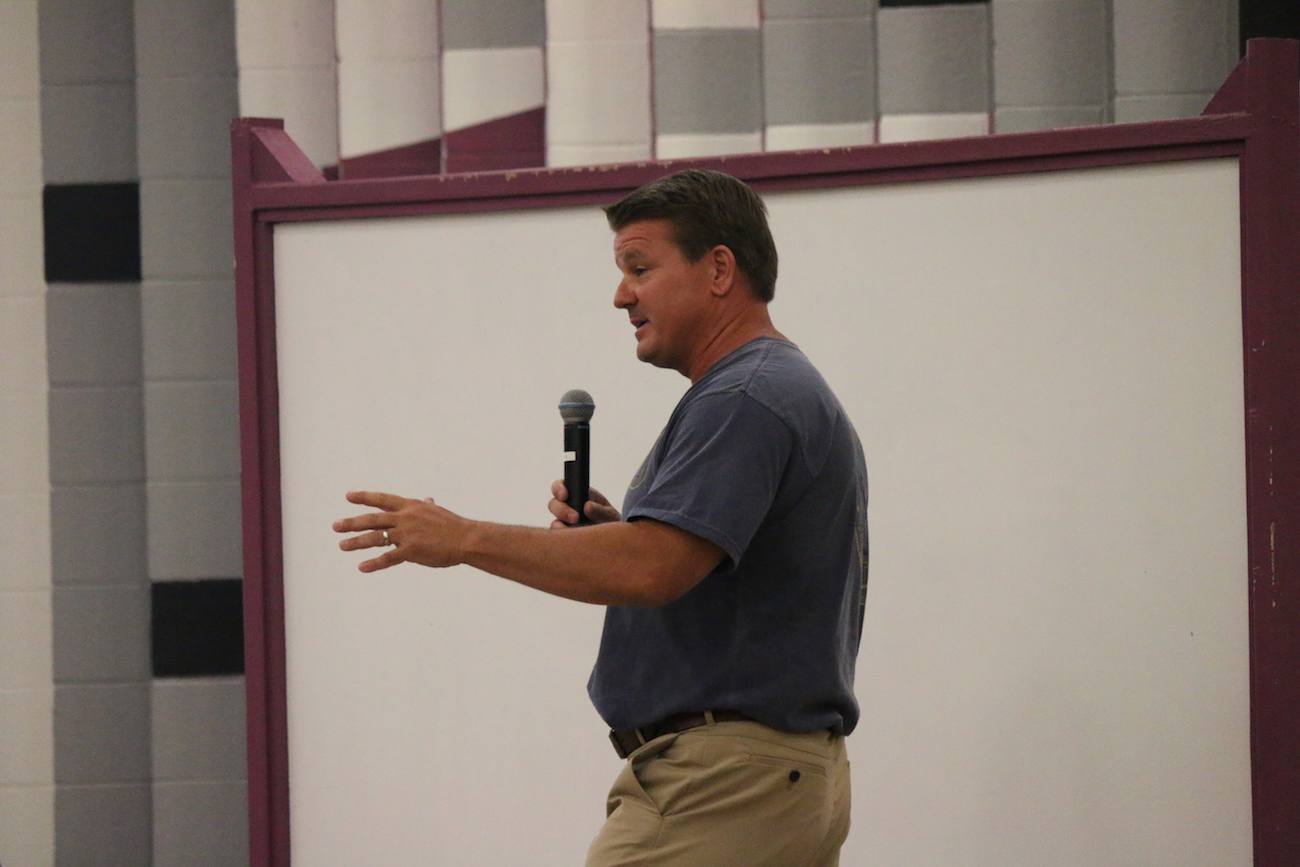