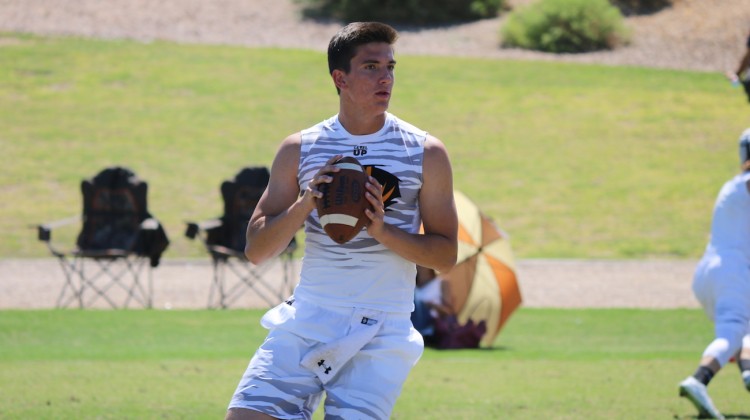 One of Arizona’s top quarterbacks Jack Plummer from Gilbert High School has ended his recruitment and committed to play in the Big Ten.

Excited to announce my commitment to Purdue! #BoilerUp #HammerDown pic.twitter.com/EBk8ZTrr2P

Plummer’s reasoning for picking the Boilermakers, “It seemed like they wanted me the most, plus they run such a high-powered offense.”

The 6-foot-4, 200-pound Plummer had plenty of high powered plays last year for the Tigers, making 1st team all-region after completing 55% of his passes and throwing for 2,475 yards and 18 touchdowns.

Plummer is the second quarterback in Arizona to make his commitment, joining Cienega’s Jamarye Joiner, who selected Arizona. The Gilbert QB says he is firm with his commitment and doesn’t plan on taking any other official visits. “I wanted to get it (commitment) out of the way and just focus on my senior season.”