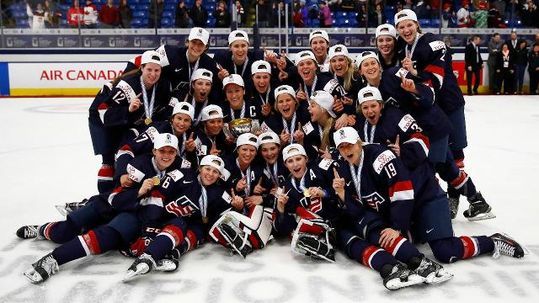 I, like many of you, avoided the heat the past few weekends and went to see Wonder Woman.

After a tease of what was to come in Batman vs. Superman, I was hopeful the film could deliver a female-led movie in a genre where most women are secondary characters — i.e. Scarlett Johansson in the Avengers series — or are just plain forgettable. (Remember Halle Berry’s Catwoman?)

I walked out happy with the final product. Gal Gadot, Robin Wright, Connie Nielsen and a slew of elite athletes kicked ass as the Amazons. Gadot’s interpretation was funny, smart and compassionate. She was a presence who was an equal and, at times, a superior to her male counterpart Steve Trevor, played by Chris Pine.

It wasn’t just Gadot who had a rare opportunity as a female comic book lead, but also Sally Jenkins led the film as the director. Wonder Woman holds the biggest opening ever for a female director with a $223 million opening worldwide.

Walking out of the theater, I couldn’t help but think about my goddaughter. She’s two years old and is so funny, smart, sassy and tough. She has basically every member of my extended family wrapped around her finger without even trying. She’s never going to do anything wrong.

I don’t know much about raising kids. As a 26-year-old unmarried guy who starts 60 percent of his phone calls with, “I’d like to place an order to pick up,” I don’t try to act like I’m an expert. But I want to help her father (my cousin) and mother (one of the best women I know) raise a strong, forward-thinking young woman.

That got me thinking: Sports is a huge focus in my family. How will she absorb and react to sports, specifically women’s sports?

Will having a blockbuster like Wonder Woman lead to more female-led sports movies, something young children like my goddaughter can consume and find role models at a young age?

It should and it hasn’t.

Here’s what comes up when you Google “female sports movies”:

Since 2009, we’ve had the Golden Girls of Rio, the U.S. women’s soccer team World Cup win, the UConn Huskies’ stranglehold on college basketball and Serena Williams’ historic run through the world of tennis.

Yet…..a whole lot of nothing.

Feel like those storylines are too recent to grace the silver screen?

You have the Team USA Women’s World Cup win in 1999, led by Brandi Chastain and Mia Hamm (not actually my aunt, but that didn’t stop me from telling my friends that in elementary school). There’s Pat Summitt’s Tennessee basketball program that was the standard of excellence, softball star Jennie Finch’s ability to strike anyone out, man or woman. There’s Serena vs. Venus and how Title IX came to be.

There’s the story of Kornelia Ender, an East German swimmer who was the first woman to win four gold medals at a single Olympics. It later came out the entire East German team had been administered various performance-enhancing drugs while the athletes allegedly, at least in Ender’s case, were unaware this was happening. How is that for drama? The story of the first intercollegiate women’s basketball game between Stanford and Cal in 1896 seems ripe for the movies.

Women are shaping the sports world as we speak. The U.S. women’s hockey team nearly boycotted the world championships simply so that they could receive consistent wages and better benefits. The terms were met just a few days before the tournament started, and all Team USA did was win the whole dang thing. The U.S. women’s soccer team continues to be one of the best in the world, and have been outspoken on the same effort to provide pay and resources in the zip code of their male counterparts. Ronda Rousey’s upbringing led to the rise and fall of one of the most dominant spans in sports and launched the women’s side of the UFC into a whole new stratosphere.

It is the golden age of television, and hopefully the new means to deliver content can take advantage as well. ESPN has produced the Nine for IX series and other projects including “Unmatched,” the story behind Martina Navratilova and Chris Evert’s rivalry-turned-friendship. Showtime has followed UConn in a documentary series. Netflix just released “GLOW,” a series based around 1980s women wrestlers. I think we can all agree another Transformers film is great and all, but it’s time to recognize some of these wonder women.

The stories are there. Will they be told?

Is there a film, documentary or any piece of content that fits the bill I’m describing? Feel free to send it my way.