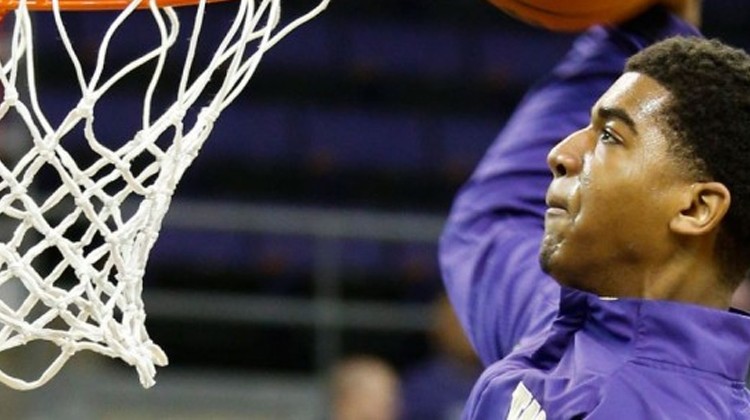 The NBA isn’t full of fortune tellers. There isn’t a BIG style Zoltar machine in every front office or media studio ready to dispense insight into every player’s future. Like every aspect of life, figuring out what the future holds for an NBA team is a bit of a crapshoot and you’re just hoping not to roll snake eyes. When your roster is full of 19, 20 and 21 year olds like the Suns is it’s even tougher to tell what’s on the horizon.

The guys who have the most insight on what a roster may or may not evolve into is the veterans on the team. They’ve been through it all, seen other players develop and know all about their teammates tendencies on the court and their habits off it. More than even the Suns front office, the older players on the team see all the good and bad about the guys they share a locker room with. So what do they see as the future for Devin Booker and Marquese Chriss?

“Who knows man,” Point guard Eric Bledsoe told the Solar Panel podcast. “If they continue to work and grow and learn from each other the sky’s the limit.”

While Bledsoe sees the sky as the limit, his teammate and fellow Suns veteran, Jared Dudley, sees some hurdles both Booker and Chriss will have to overcome to reach the NBA’s upper echelon.

“Booker’s close,” Dudley told the Solar Panel recently. “He’s got elite skills in scoring. What will make him next level? It will actually be his passing. That’s a skill set he has. I don’t know if Booker will ever be a good/great defensive player. I don’t know that. I know Giannis [Antetokounmpo] was. Booker has certain tendencies where he’ll get lazy or take a shortcut, I’ve told him that. But I feel like the older he gets he’ll want to be one of the best because that’s how he is.

“Marquese has an outside chance [to be great]. How hard does he work? His biggest thing is mental. He’s a little behind when it comes to the mental aspect of the game.”

But how do the Suns continue to get better and correct the deficiencies in their game? It’s going to be a combination of veteran leadership from guys like Bledsoe and the organization pushing them to grow. Dudley thinks the weight of the responsibility will fall on the coaching staff and player development staff to help the players grow the physical side of their game while he and his teammates help handle the mental aspect.

“It’s about 70-30,” Dudley said as a guest on the Solar Panel podcast recently. “The player can’t make another player better when it comes to skill work. We can give you tips here and there but that’s on the team. I didn’t make Giannis a better basketball player. I made him a smarter player.”

How exactly does a veteran help the players get the edge on their opponents mentally? Dudley had a solution for that as well.

“Every timeout I go in and breakdown what is going on. What the team is trying to take away, what they’re trying to do and how they’re trying to play you. Sometimes some of the young guys don’t know. So I try to do that with Book now.”

That process has already begun. Bledsoe has undergone a lot of growing in his six NBA seasons having been mentored by Chris Paul, sharing a backcourt with Goran Dragic and Isaiah Thomas and now being a leader and a mentor to the Suns’ young core. That perspective makes him uniquely qualified to talk about how Booker, Chriss and the rest of the young Suns progressed in 2017.

“We’ve got players that grew up at the end of the year. Not just playing but being great professionals [off the court] as well.”

So, no, there’s no fortune tellers in the NBA and there’s no guarantee. But, if you’re a young organization like the Suns, the key to success will be some mixture of veteran leadership, great coaching and self motivation. We’ll just have to wait and see if it comes to fruition in Phoenix. Even the great Zoltar can’t give a definitive answer to that yet.