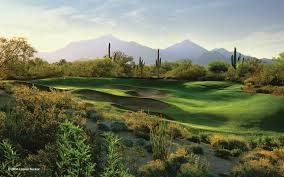 “It says a lot about our community here that we’re ready to host a championship of this magnitude for three years straight, both the men’s and the women’s, so it’s really exciting for our programs,” said ASU women’s golf head coach Missy Farr-Kaye in a phone interview. “I’m hoping it’ll have a great impact on our teams and our future players to have an opportunity to compete.”

The Sun Devil women won their national title by defeating Northwestern in Sugar Grove, Ill. The Wildcats had “home-course” advantage at this year’s national championships and the Sun Devil men or women — or both — could do so from 2020-2022.

“I think that if you utilize it properly, it can be a great home-field advantage,” Farr-Kaye said. “The heat doesn’t bother us, we’re used to it, and we did a really good job managing the cold weather in Chicago. To have hometown crowds, you really get people excited about coming and watching collegiate golf. And of course, we want them to be biased and pulling for Arizona State.”

Rahm may be the most recent, but ASU men’s golf has also churned out pros like Phil Mickelson, Matt Jones and Paul Casey.

ASU’s golf success speaks for itself with recruits, but Tuesday’s news may give prospective Sun Devil golfers something new and unique to envision.

“I hope it helps us recruiting, I really do. I think it really says a lot about the support here that we have as programs, our men’s and women’s teams,” Far-Kaye said. “It really communicates that to recruits, that we might be a large city, but we’re a small golf community and they really care about our teams at ASU.

“I think this is a great opportunity to have future Sun Devils see what the possibilities are and be excited to play for ASU in the future.”