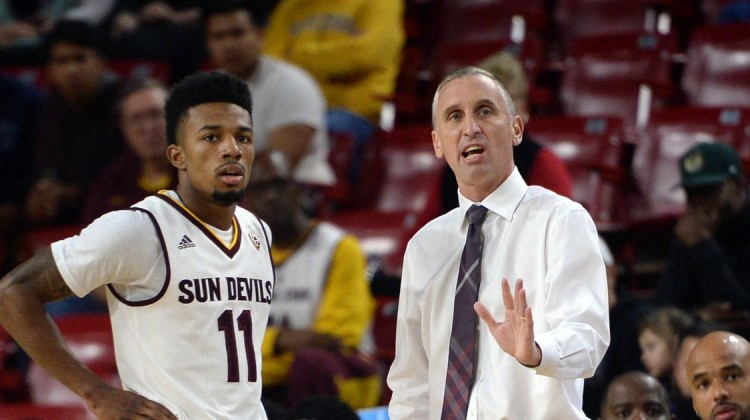 The Arizona State basketball transformation under Bobby Hurley is still a work in progress but few will argue the fact the program is headed in the right direction as he prepares for his third season in Tempe.

Hurley has overhauled the roster after taking over for Herb Sendek, who was fired back in March of 2015. There are still pieces to put in place but one famous ASU basketball alum can see strides being made, specifically in one area.

“I think Bobby has done a great job of recruiting,” three-time NBA World Champion, now ABC/ESPN studio analyst Byron Scott said to Sports360AZ.com’s Brad Cesmat in a recent phone interview. “I think the process is there. The effort is obviously there and I know they’re going to do much better this year than they did last year so I’m looking forward to the Sun Devils this year.”

In Hurley’s second season the Devils finished 15-18, 7-11 in Pac-12 play. The win-lose record is a bit mis-leading as ASU was hurt by key injuries and player departures. A number of newcomers will look to blend with a trio of experienced returning guards in Tra Holder, Shannon Evans and Kodi Justice.

Scott still holds fond memories on and off the court at ASU.

“It helped me big-time,” he explained to Cesmat. “Because it gave me a chance to grow. I was a young man just trying to find my way…understanding there are a lot things more important than just basketball. Just going to Arizona State, getting away from home really helped me.”

Scott said ASU enabled him to not only reach the NBA, but gain a college education which was important to his mother.

He ended his three-year Sun Devil career as the school’s all-time leading scorer, earning honorable mention All-American honors. The Inglewood, California was inducted into the Pac-10 Hall-of-Fame in 2002.