The bewildered look on the face of Devin Booker said it all. On a day which started with optimism on Planet Orange, quickly turned to frustration as the ping-pong balls once again did not cooperate for the Suns in the NBA draft lottery. Given the second-highest odds (19.9%) of landing the number one pick, Phoenix fell into the fourth spot.

Suns will have the 4th pick in the 2017 #NBADraft pic.twitter.com/qhdbF4Ji8e

The Boston Celtics (via Brooklyn) will pick first, followed by the Los Angeles Lakers and Philadelphia 76ers who moved into the top three.

So, instead of highly prized Pac-12 guards Markelle Fultz or Lonzo Ball, Phoenix will likely be selecting from the next “tier” of prospects in what many consider to be a deep and talented pool of players.

In a draft with three blue chip talents, the Suns will pick 4th. Because, of course…

“Look at our recent draft history,” he said to the assembled media inside Talking Stick Resort Arena. “Devin was our 13th pick. Obviously, last year we picked Dragan Bender fourth. We got Marquese Chriss eighth and Tyler [Ulis] at 34th. So, to me, the draft is important to me for one day. On that day it will be important and the next day it won’t matter…your draft position goes out the window and then it’s who the best players are.”

McDonough mentioned this particular draft class is not only deep but well-rounded by position. He mentioned the club’s need to address the wing position and also discussed the future of guard Eric Bledsoe who has been rumored as a trade option depending on how the draft and upcoming free-agency plays out.

The draft will be held Thursday, June 22nd.

Sam Dekker Provides Versatility that Could Intrigue Suns at 13 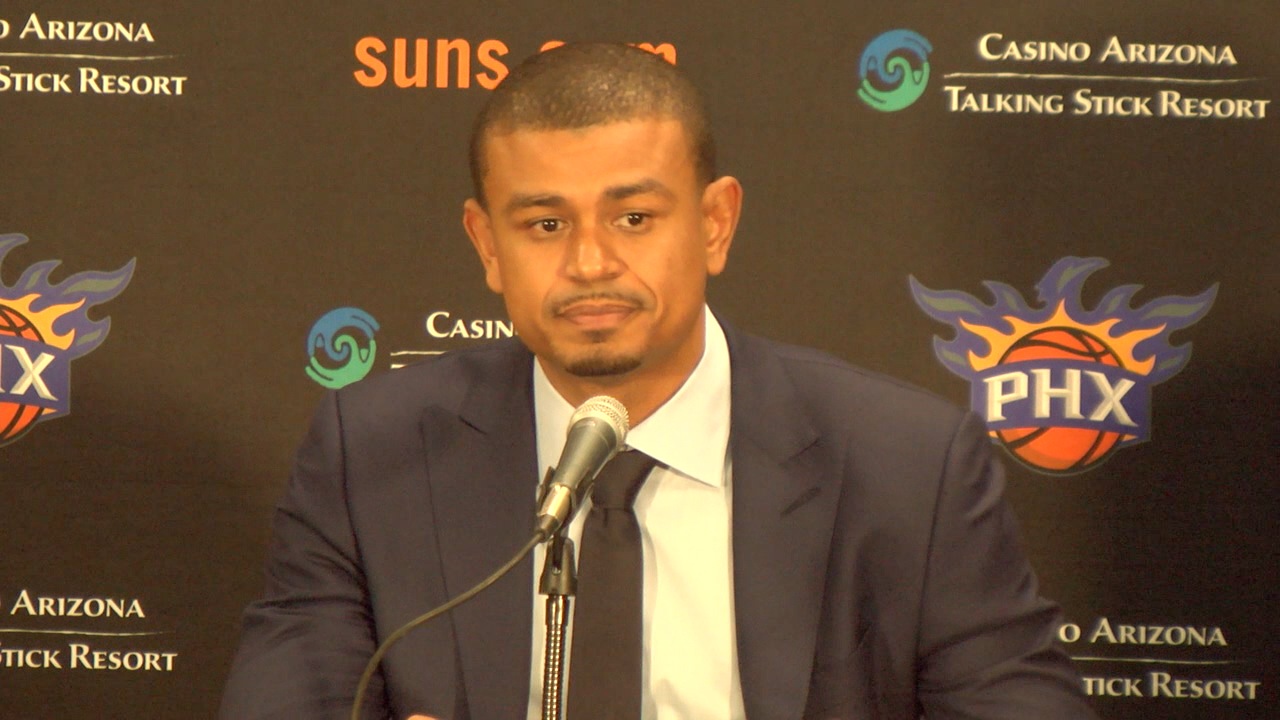