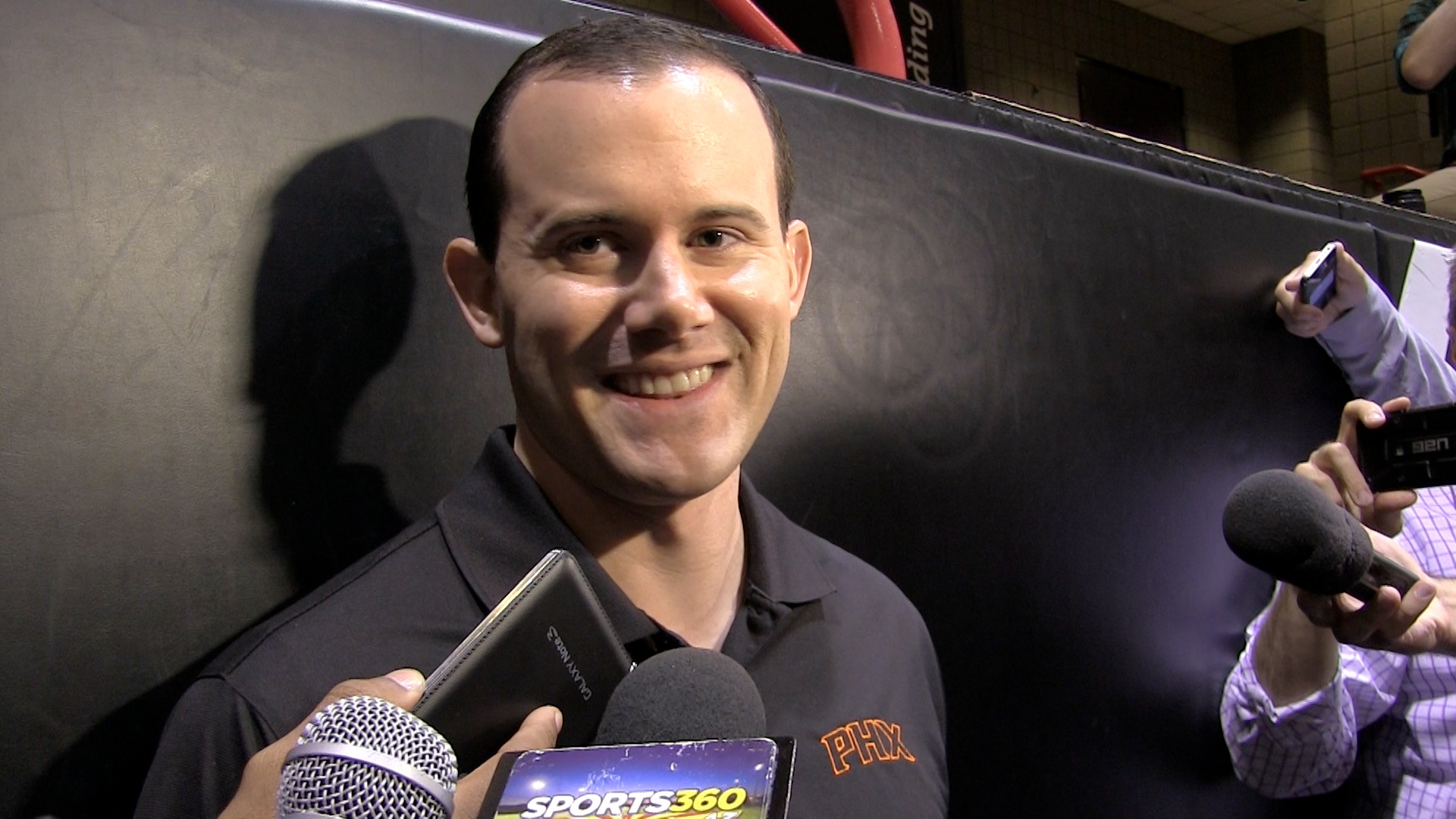 If only looking at where they landed in Tuesday’s NBA Draft Lottery, it may appear the Phoenix Suns are cursed. But that may not actually be the case.

The Suns had a 19.9 percent chance to earn the first pick, but fell to No. 4. However, that may not be such a bad situation in this year’s draft. The Boston Celtics received the top pick and the Los Angeles Lakers will pick No. 2. Washington point guard Markelle Fultz and UCLA point guard Lonzo Ball are expected to be off the board by the time the third pick rolls around.

Suns are still likely going to end up with their choice of Josh Jackson or Jayson Tatum. Both all-star potential. Not the end of the world.

In this particular draft, the Suns will have options. According to a DraftExpress mock draft, the Suns are expected to select Duke small forward Jayson Tatum with the fourth overall pick. However, he’s in the same tier as Kansas small forward Josh Jackson (projected third), and Kentucky guards De’Aaron Fox (fifth) and Malik Monk (sixth).

“Just from our perspective, there’s not a huge difference in talent between the top four and five prospects,” Suns General Manager Ryan McDonough said in an interview with Sports360AZ’s Brad Cesmat.

The Suns met with Fox at last week’s NBA Combine in Chicago. McDonough said he loves Fox’s speed and defensive ability. With that being said, he also saw Monk score 47 against North Carolina last season and said he was “maybe the best pure scorer in college basketball.”

McDonough said the strength of this year’s draft in the top five is in the backcourt and on the wing, two areas of need for the Suns. Guard Devin Booker has set himself up to be the franchise’s future, so finding him a sidekick would be beneficial for Phoenix.

However, McDonough said the team won’t look past Arizona 7-footer Lauri Markkanen, who has displayed an uncanny shooting ability for his size. Alex Len and Alan Williams are both restricted free agents in July and one of Phoenix’s top priorities will be finding a long-term center.

“Lauri will be in the mix for us at number four,” he said. “We love his versatility, especially offensively. He’s one of the better big man shooters to come around in a long time. You don’t see many 7-footers with the stroke and fluidity he has offensively. He would be a really nice pick and pop threat with our guards.”

The Suns are unlikely to trade up to get a higher draft pick, McDonough said. The top of this year’s draft is deep and the asking price to trade up would be hefty.

The Suns also have flexibility as they will have close to $30 million in cap space starting in July and could have even more with a few simple moves. Phoenix also has its own draft picks for the first and second rounds and will get Miami’s first-round pick for the 2017 draft as a result of the Goran Dragic trade in 2015. That particular pick is top-7 protected, meaning it will be Phoenix’s pick if the Heat fall out of the top 7 of next year’s draft.

McDonough and his front office are the sole reason the Suns are even considered to have a promising future. Restocked Blanks’ bare cupboard.

When asked about the team’s nucleus, McDonough mentioned Booker, forwards Marquese Chriss, Dragan Bender, T.J Warren and guard Tyler Ullis, but not guard Eric Bledsoe. He made sure to clarify that he may be missing someone, but Bledsoe is certainly an asset the Suns could use in a big trade.

“I think we’re one of the first team that our rival teams call if they think about moving their star player,” McDonough said. “We’ve had some of those conversations around the trade deadline, we didn’t feel like the timing was right or maybe the price was too expensive at that point. But we’ll certainly look to revisit that.”

The Suns will have plenty of options when the NBA Draft rolls around on June 22. They are even in position to make some moves when free agency begins in July.

“I think with the fourth pick, we’ll get a player who is as good as (our nucleus) if not hopefully better than those guys,” McDonough said.

Instead of putting the Suns at a complete deficit, the NBA Draft Lottery results may have opened a new world of opportunity.