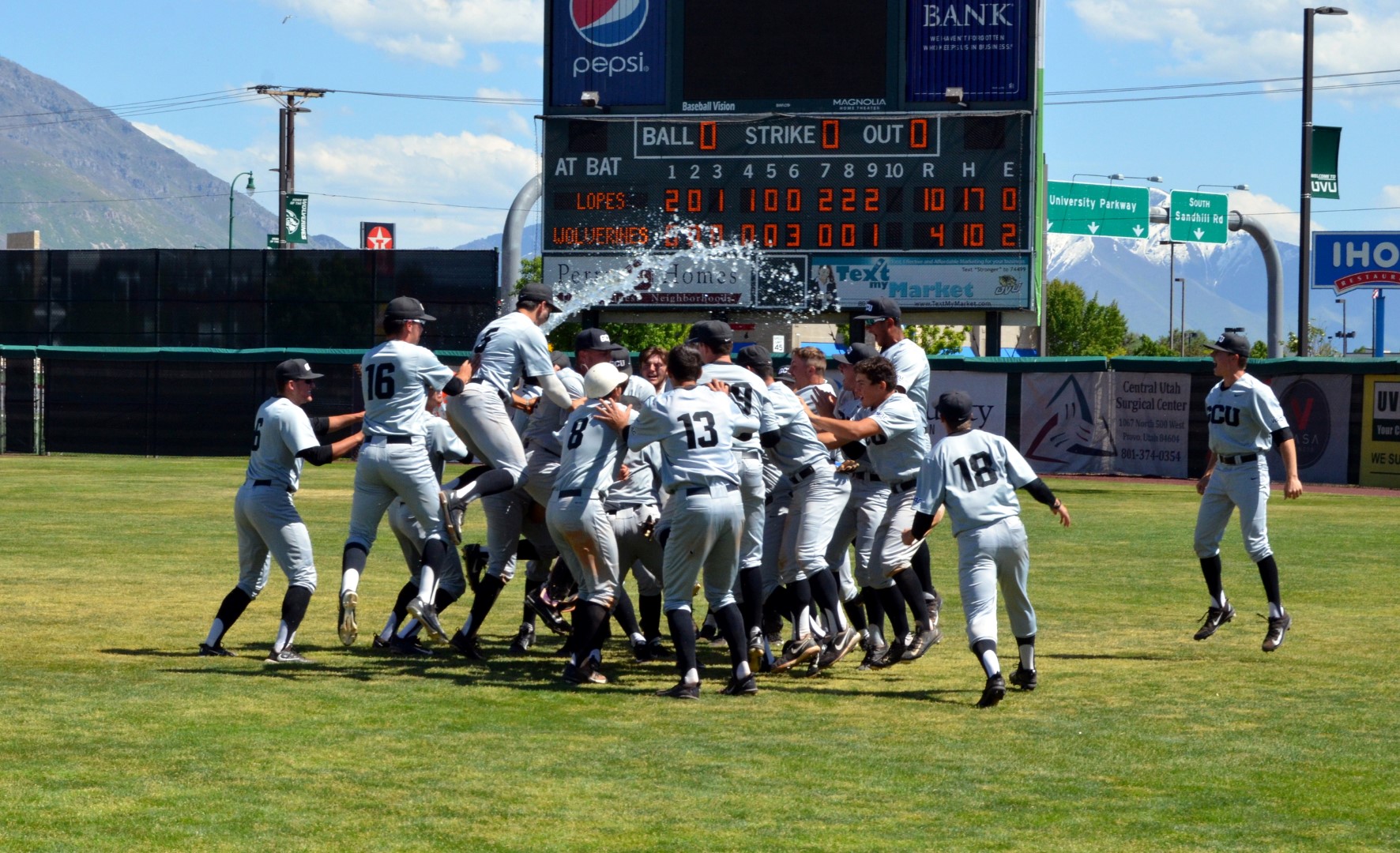 OREM, Utah – The Grand Canyon baseball team led from wire-to-wire on Sunday, defeating Utah Valley 10-4 and claiming at least a share of the Western Athletic Conference Regular Season Championship for the second time in three seasons. The Lopes finished the conference schedule an impressive 20-4 (.833), the best winning percentage by a WAC team since 2003.

Grand Canyon ended conference play winning all eight series including four sweeps. The Lopes improved to 5-0 on the season in rubber matches. GCU posted the best mark the WAC has seen since Rice went 25-5 (also .833) en route to a national championship in 2003.

“I think more than anything else we just stayed the course,” head coach Andy Stankiewicz said. “We got better as the season progressed. We challenged ourselves early with the schedule. The boys just kept pushing. We had to grind through some tough times. We knew that if we stayed on it, we’d put ourselves in a good spot. It all came together.”


GCU will wrap up its 2017 season with a non-conference series at UC Davis this weekend in a three-game set beginning on Thursday.