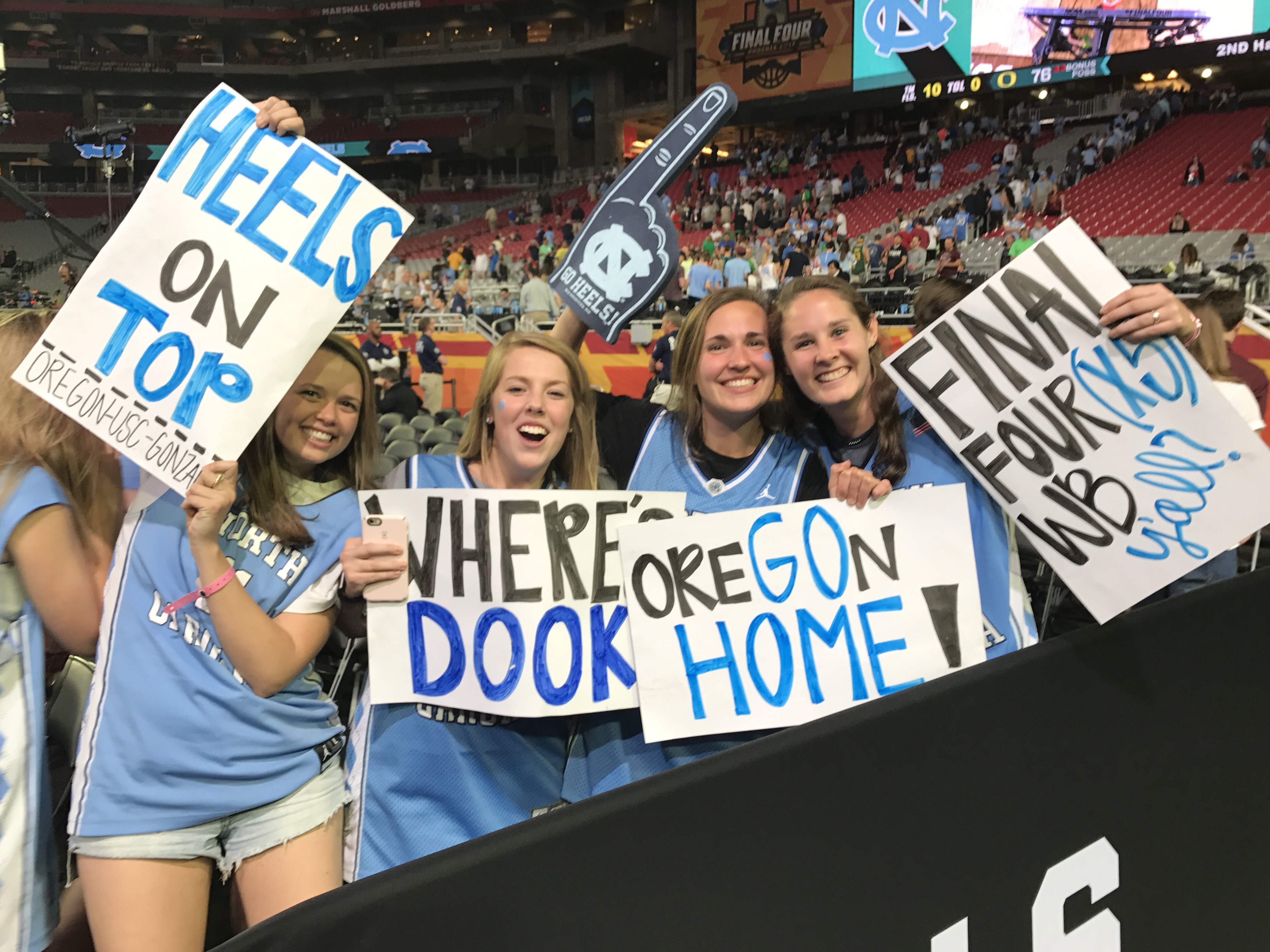 Two very athletic teams have had their share of exciting finishes in the 2017 NCAA Tournament squared off in the Final Four and sure enough it was another nail biter. North Carolina is headed to the National Championship game after knocking of the Oregon Ducks 77-76.

Ducks start fast: In First 13 minutes, Oregon got nothing from Tyler Dorsey, who is averaging 20 per game in the tournament and their leader Dillon Brooks, did not score. Plus had eight turnovers. Yet they still managed to lead in the game during that span. They were playing great team defense and getting great contributions from Dylan Ennis and Jordan Bell.

But than North Carolina settled in. After Oregon led 32-26 with 3:07 left in the first half, the Tar Heels went on a big run that went into the second half and saw them go up by as much as eight in the first four minutes of the second half. They would never trail for the rest of the game.

Mount Meeks: Kennedy Meeks carried the Heels with 20 points on 9-10 shooting in the first 25 minutes of the game. He has had a great tournament for the heels and has the makings of a player that quietly is going to have a solid 10-12 year NBA career as an extremely serviceable big man. He finished the game with dominating 25 points on 11-13 shooting with  14 rebounds including the game clinching board after the Joel Berry II missed free throws.

Extra Opportunities: Oregon was on the wrong side of two categories that more often lead to extra points for the opposition. The Ducks finished the game with 16 turnovers which lead to 20 UNC points and gave up 20 second chance points off of 17 offensive rebounds. North Carolina is long and big and that proved to be a big issue for Oregon in the game. The last two offensive rebounds were the biggest of the game as Oregon pulled within one inside of ten seconds. First Kennedy Meeks missed two free throws but after a non-box out by Oregon’s Jordan Bell, UNC pulled down the offensive board and Joel Berry was fouled with four seconds left. Then after Berry missed both, it was Meeks who would not be stopped after two misses and the Heels were then able to dribble out the clock. Oregon had more of their fair share of chances and would not capitalize.

“Hey we’re moving on,” stated Jackson after the game. “At the end of the day we are moving on. We will get back in the gym tomorrow and probably work on a lot of free throws but we are just happy to move onto the next game.”

Jackson en fuego: The projected lottery pick put his skills on display on the ultimate stage. Justin Jackson was unguardable in the game. His three-point shooting and ability to get to line hitting all six of his free throws was what carried the Heels in the second half along with Kennedy Meeks. It more than made up for the fact that Joel Berry, Theo Pinson and Isaiah Hicks (the other three UNC starters) shot a combined 5-34 from the field.

With the Win: North Carolina will go for their seventh national title against the Gonzaga Bulldogs who are going for their first.