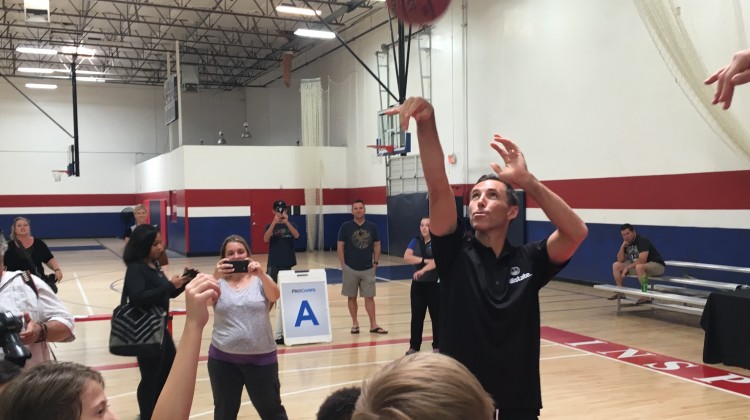 Inspire Courts was certainly that on Sunday morning. Steve Nash was working on dribbling with a Special Olympics athlete. Not many dry eyes from the spectators in the Mesa gym.

Nash was in the Valley for just a few hours on Sunday representing AllState Insurance at the basketball event and then signing autographs at the Final Four Fan Fest. He looked fresh and relaxed and we had a good conversation about transitioning to life after basketball(wasn’t that easy for him). He’s a father of three with a fourth on the way. He’s in that space of being a club volleyball dad for his 12-year-old daughter. He feels like the Suns aren’t that far away from getting things turned around in “a good way.”

He’s a West Coast Conference guy, having graduated from Santa Clara, so he’s pulling for Gonzaga to win the National Title on Monday night over North Carolina.