The 2017 season is here, and plenty of questions swirled around the Arizona Diamondbacks. Could Zack Greinke and Shelby Miller bounce back? What will new addition Taijuan Walker add to the rotation? Will Fernando Rodney bolster the back of the bullpen? How will A.J. Pollock and David Peralta bounce back from injury last year?

And many, many more….

Now, the first series may not provide all the answers to these questions, but it’s a start. Here are a few things we learned from the D-Backs’ 3-1 series win over the San Francisco Giants.

Coming Up In The Clutch

Torey Lovullo has talked about “winning moments” – moments that can sway the ballgame if the team could take advantage. Well, it’s four games in, but it’s working. The Diamondbacks had four hits with two outs in the bottom of the ninth to take the game from the Giants and Mark Melancon on Opening Day. Jeremy Hazelbaker had a crucial pinch-hit double to give the Diamondbacks the lead in Game 3 (more on that later). In the final game of the series, Jake Lamb busted the game open with a three-run home run off Jeff Samardzija. So much of the battle of baseball is creating opportunities, and it’s even harder to deliver when those opportunities present themselves. The Diamondbacks have certainly delivered four games in.

The bad news? The D-Backs struggled through the first three innings of the first four games. The good news? The Snakes made up for it.

Here is the scoring breakdown for the first four games

That also includes two games where the Diamondbacks did not hit in the ninth inning.

It’s clear getting that second look at the starting pitchers and then getting into the Giants bullpen helped jumpstart the D-Backs offense.

Torey Lovullo has played the lineup well so far this season. When the first-year D-Backs manager has called upon a pinch hitter, they have gone as follows:

Jeremy Hazelbacker has helped lead the way, going 2/2 and 2 RBIs. He was also a pinch runner in the series’ first game and scored a run. The depth of the Diamondbacks is a strength. Having players like Chris Hermann, Chris Owings and Daniel Descalso, guys who can play multiple positions provides flexibility in the lineup. Having them produce when called upon off the bench makes them that much more dangerous.

After an All-Star season in 2015, A.J. Pollock’s season unraveled before it could begin when he fractured his elbow at the end of spring training. He played in just 12 games, and the Diamondbacks faithful were eager to see him and David Peralta back in the outfield in 2017. Peralta provided some power in the series’ finale with a home run and Pollock played, well, like a man on fire. The D-Backs centerfielder hit .421 with three doubles, a home run, five RBI and a stolen base. He will be crucial at the top of the lineup and in the field, where he had a diving catch on Opening Day.

Fist Fights On The Mound

Torey Lovullo described Zack Greinke’s first start as a “fist fight.” That is an accurate description of all four starts, really. Collectively, the starters had a 4.90 ERA over the four games. Taijuan Walker was the only one that was able to reach the six inning mark, and the Giants were able to manufacture runs and drive up the pitch counts. Throw in a few upper cuts in the form of two home runs from Madison Bumgarner, and these starts were like stepping into the ring. Early exits for starters meant the bullpen was used often. That makes Archie Bradley’s efforts in the Snakes’ only loss this series that much more impressive. He ate up 3 1/3 innings while striking out seven to keep the rest of the pen fresh for games 3 and 4.

The Diamondbacks take on the World Series runner-up Cleveland Indians from Friday to Sunday. Shelby Miller, Zack Greinke and Pat Corbin are slated to start against the Tribe. 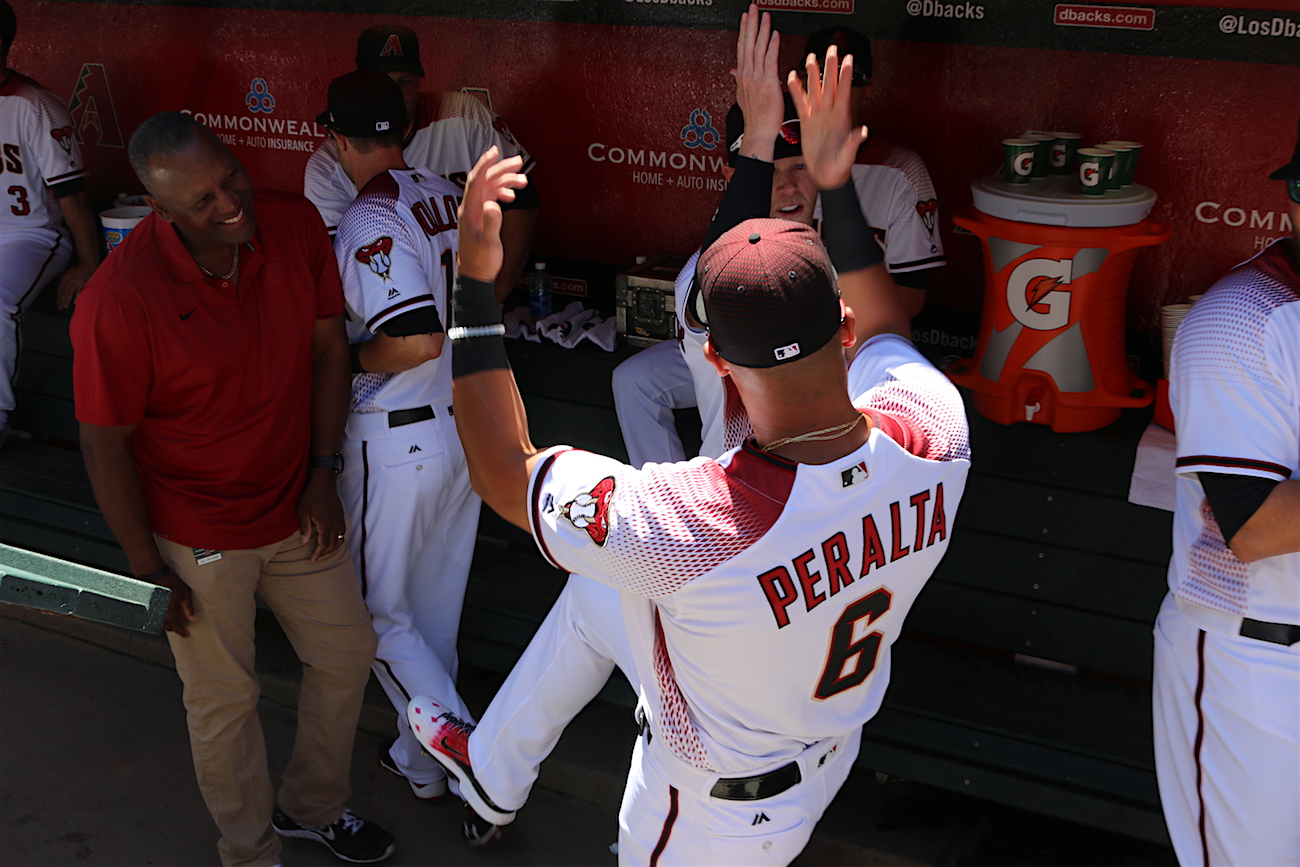 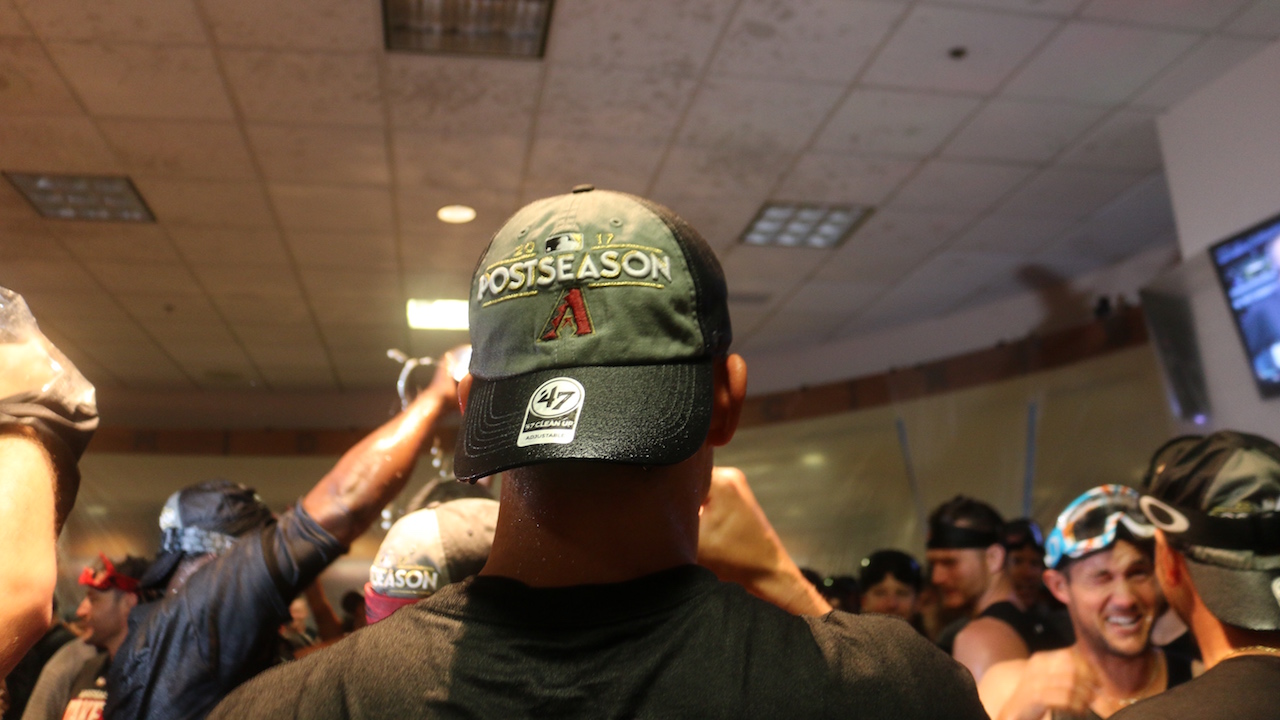 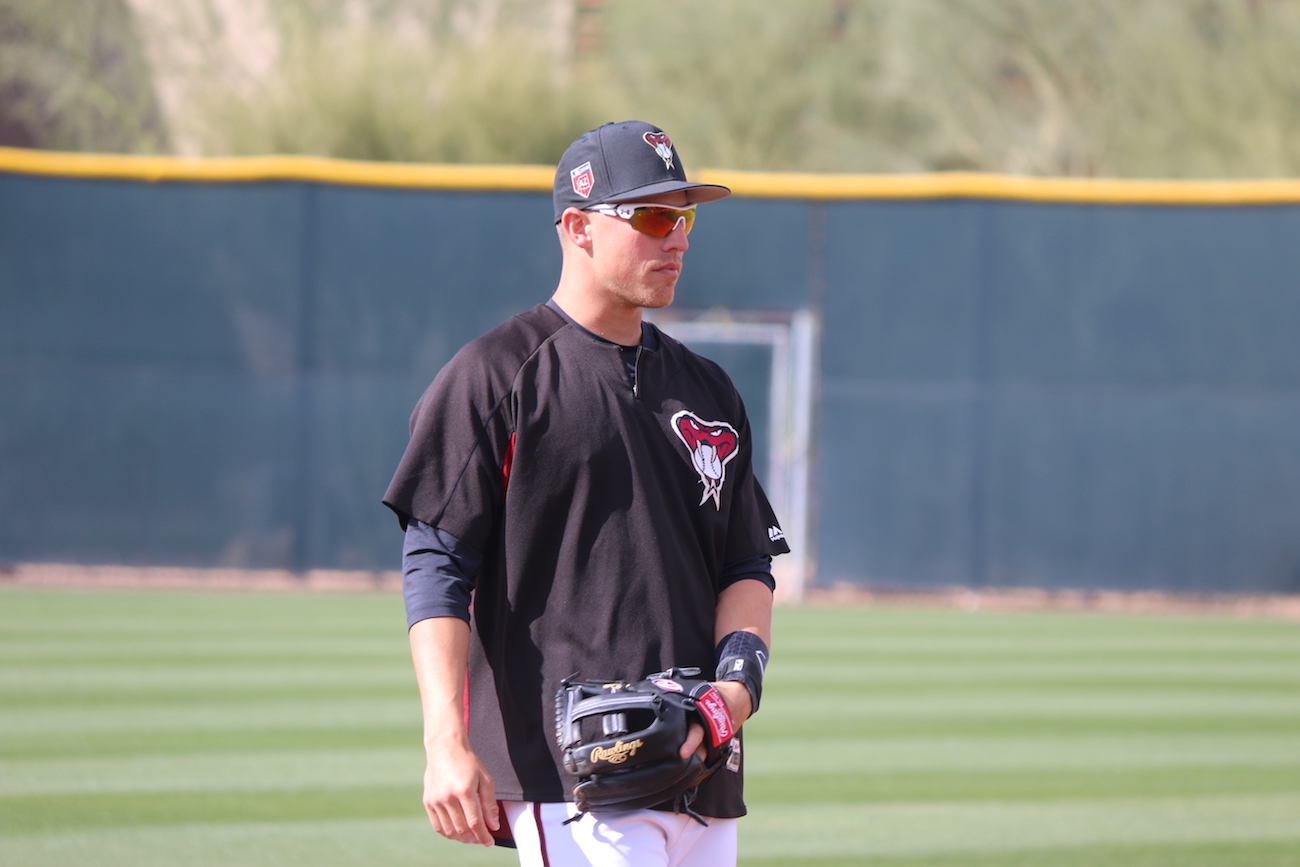