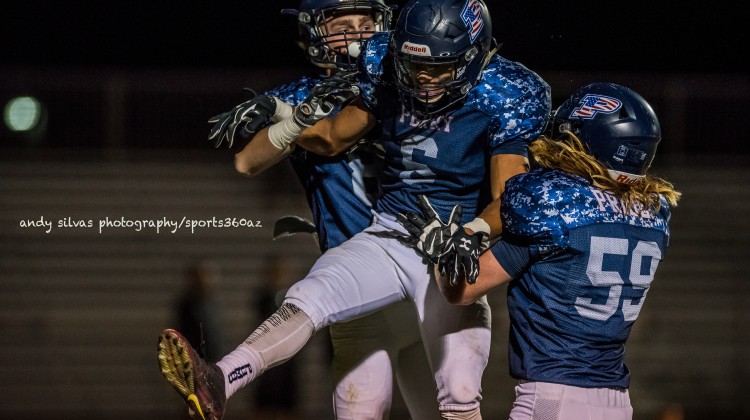 Friday an article from ESPN writer Jeremy Crabtree came out highlighting some hot topics in recruiting and some new legislation passed by the NCAA.

The changes include official visit dates, satellite camps and an early signing period, amongst other things.

How do these new changes affect our student-athletes in Arizona? I want to weigh in on a few topics.

“Prospects will be allowed to take official visits, paid for by the school, from April 1 of their junior year through the Sunday before the last Wednesday in June. Before the change, official visits were not allowed before Sept. 1 of a prospect’s senior year. The change in the recruiting calendar becomes effective Aug. 1 and will first affect the 2019 recruiting class.”

I think this is a wonderful change, if passed. A player’s senior season is already hectic with school, games, SAT/ACT, dances, etc. Adding dates for players to visit when much of these things aren’t going on is a smart idea. Now, college coaches might not like the idea because it forces them to work additional weekends during the year when they host the prospect.

“The early visits are designed to work in tandem with an early signing period.”

I am a fan of the early signing date for a couple of reasons.

One, I am not a fan of the long, drawn out recruiting process that has come to be the norm. Let’s just sign and get it done, no more pick a hat at a press conference.

But more importantly, I think the early signing date helps kids. It forces college coaches to speed up the evaluation process. Do they really like little Johnny or are they just stringing him along? It stops coaches from throwing out 200 early offers. How the process works now, typically a player gets an offer in spring of their junior year, takes his official visit in December or January and then signs in February. But in some cases, those offers are empty. Players receive the non-binding offer only to be passed up for a better prospect.

This happened to North Canyon wide receiver John Okwoli, who had multiple Power 5 offers, waited too long, tried to commit to Boise State and Utah State, only to be told he no longer had an offer and he ultimately signed with Wyoming. No knock on the Cowboys, who have turned it around and played in a bowl game last year. But had Okwoli been able to trip during his junior year and sign in December, he likely would have never ended up in Laramie.

I can see why some people are opposed to the early signing date. For the exact same reason, it speeds the process up. What happens to those late bloomers like offensive tackle Austin Dixon from Corona del Sol? Dixon grew three inches and gained 50 pounds between his junior and senior year. His recruiting blew up and he signed with Boise State after receiving ten offers after being an unknown commodity for much of his senior season. Players like him could get passed up. I am sure college coaches would love to evaluate more senior film to make sure they got the right prospect.

“Another important piece of the proposal reduces when coaches can conduct camps from two 15-day periods in June or July to 10 days in June. It also requires camps to take place on campus or at facilities used primarily for practice or competition by member schools. This rule is effective immediately and essentially ends the lengthy, nationwide satellite camp tours.”

I will be very clear about this, I am a fan of satellite camps. It benefits kids, period. Limiting them hurts kids.

This affects how schools gray-shirt players. I am sure there will be ways around it, like the blue-shirt for example. But I tend to frown on any reduction in scholarships for kids, regardless if it’s gray-shirt, blue-shirt or just a normal letter of intent.