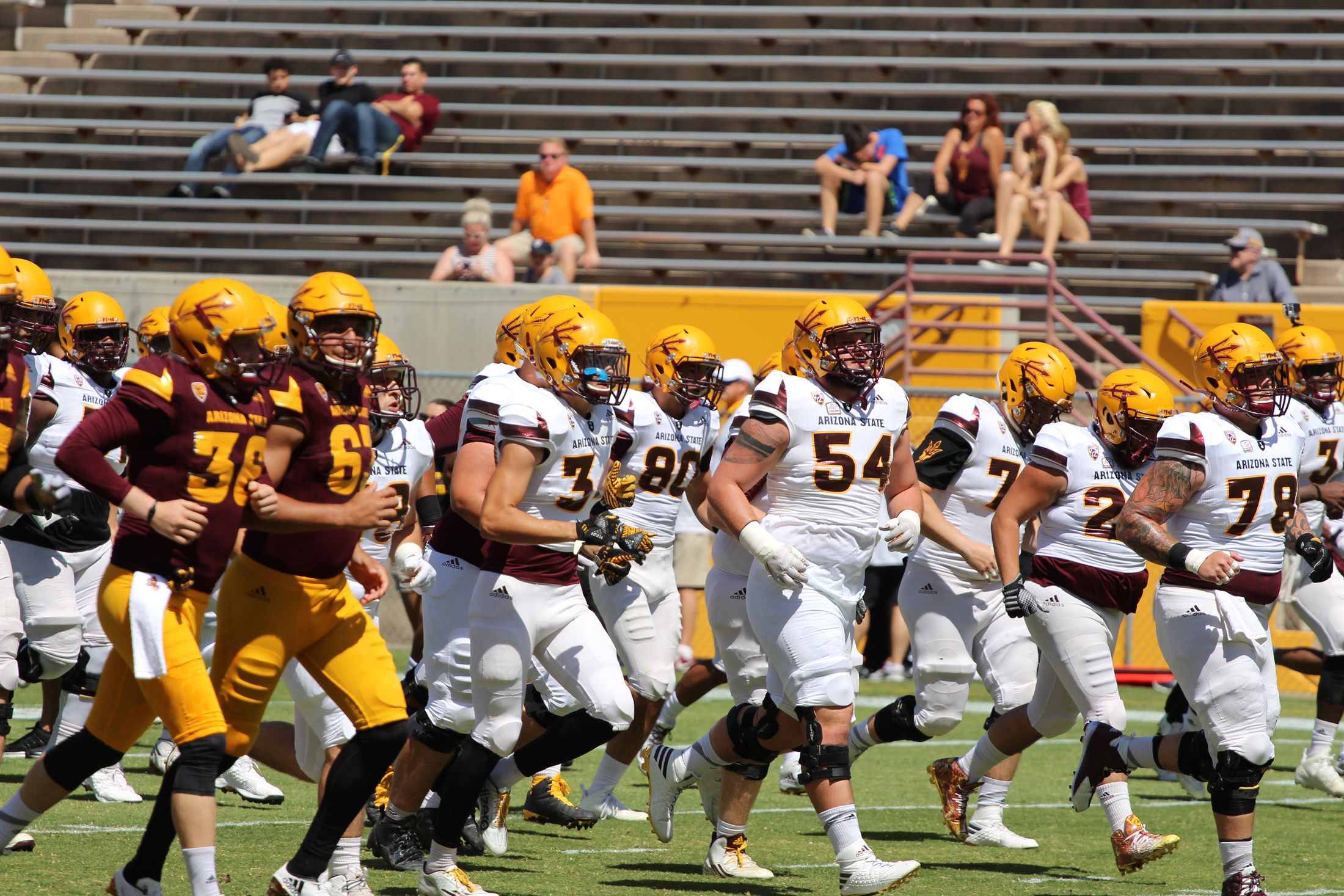 The Arizona State Sun Devils wrapped up their spring session on April 15. Below are grades for each position unit entering the summer break…

Entering the summer, it’s a two-man duel for the starting quarterback job between returning starter Manny Wilkins and Alabama transfer Blake Barnett. Wilkins holds a slight edge following spring, but Barnett – amidst his struggles – did flash the potential ASU fans have hoped he’d offer the position.

Neither player has firmly grasped the No. 1 role, and while there’s optimism in Wilkins’ progression going into his third season and Barnett’s hopeful improvement, we’ll have to wait until the team reconvenes before the 2017 campaign.

Kalen Ballage and Demario Richard form arguably the best one-two punch in the Pac-12, if not the entire country. The duo performed well throughout the spring, and could be primed to have a very strong season. Redshirt sophomore Nick Ralston earned regular praise from the coaching staff during the spring, too. When factoring him in as a third option, with incoming freshman Eno Benjamin as a potential fourth, the Sun Devils’ backfield boasts a talented crew.

After losing seniors Tim White and Frederick Gammage to graduation, ASU seems to have found legitimate replacements in transfer receivers John Humphrey Jr. and Ryan Newsome, who each spent last season on the Sun Devils’ practice squad in accordance to NCAA transfer rules.

The spring — and the spring game, in particular — not only provided an opportunity to put Humphrey’s big-play ability on display, but for other players, too. Jalen Harvey and Terrell Chatman are names to watch moving forward, too. Add in freshman standout N’Keal Harry, and the depth of the group makes the receiving corps the Sun Devils’ strongest unit.

The young unit has a year under its belt, and appears to have an almost-fully set combination, as center — which could be either AJ McCollum or Tyler McClure — is the only spot without a definitive starter. The group has plenty to prove entering the new year, but appears capable of at least holding its own.

The depth of the unit will be something to keep an eye on. Defensive end JoJo Wicker looks to improve on his sophomore campaign, and Tashon Smallwood enters his senior year, but it will be the development of the surrounding cast that will be crucial.

There’s obvious uncertainty with the group: Returning starting safety Armand Perry missed all of spring with an injury, and starting corner Kareem Orr wasn’t 100 percent for much of the spring. The other two starting defensive back roles have been virtually up for grabs.

However, there is a bright side out of spring: Freshman Chase Lucas has seemingly entrenched himself into one of the starting corner spots, and there’s a possibility he isn’t the lone freshman DB to garner significant playing time on the field next year. They’ve yet to be tested, but there’s a positive trend developing in the secondary ahead of the summer.