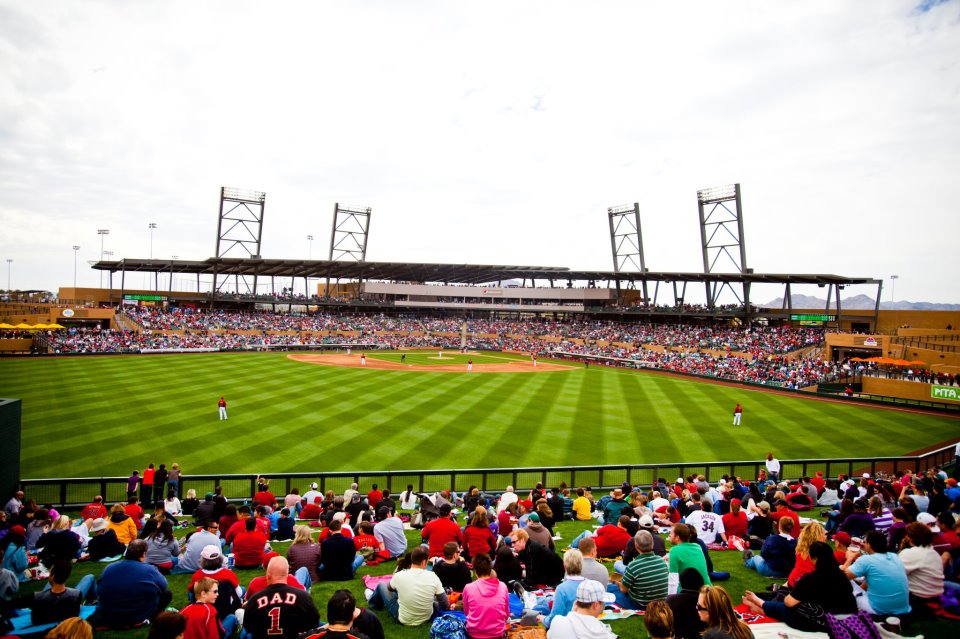 Baseball and technology are clashing in the desert as a one-of- a-kind experience is set to open 2017 National Tour in Scottsdale during Spring Training.

For two weeks during March, (11th-26th), fans will get the opportunity to enhance their baseball experience by visiting We Are Baseball (WAB) at Salt Rivers Field at Talking Stick.

WAB is a cutting-edge collaboration of baseball and technology. It gives fans the chance to visit the games past, present and future. WAB uses Virtual Reality (VR), an original IMAX movie and specially curated artifacts from The National Baseball Hall of Fame and Museum in Cooperstown, New York.

Through Tickets.com WAB’s general public tickets for the experience are currently on sale via the Tour’s official website.

What is the Virtual Reality experience?

MLBAM partnered with the VR company, Jaunt, to give fans an up close and personal experience of being present next to the game’s brightest stars and also allowing you to go on field, in the dugout and even in the clubhouse.

MLBAM filmed content through the 2016 postseason so they promise to deliver an emotionally-charged story featuring behind-the- scenes access shot in VR.

The VR collected content from the meaningful moments from the very first clinch all the way through the final out of the World Series.

Want to speak with a Hall of Famer — Square Up

“Squaring Up” will be an interactive sessions with prominent figures in baseball and entertainment, including Hall of Famers. A schedule of guests will be released at a later date.

These sessions are an hour long and will feature a live interview, followed by a Town Hall style conversation with the studio audience.

Seating is limited to 150 seats and will be first come, first served until the theater is at capacity. All sessions will be archived and available on HallofFameTour.com.

Artifacts have been selected by baseball historians and are going to be exhibited through technology. This will allow fans to experience stories, traditions and stars that make up baseballs past and present.

A few notable items that will be exhibited are:

With the help of technology, fans will be able to put themselves right into some of baseball’s most iconic moments with a selfie, scroll through an interactive experience of the Hall of Fame plaques for every Cooperstown inductee and  take their own photos and create a personal Hall of Fame replica plaque.