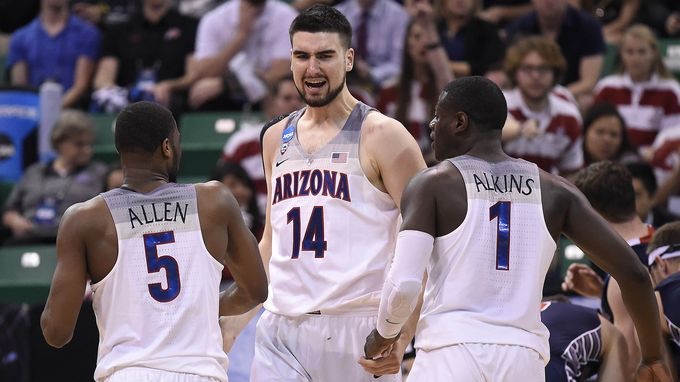 It wasn’t easy, but the Arizona Wildcats beat Saint Mary’s 69-60 to advance to the Sweet 16. Sean Miller’s squad saw solid performances from their big man to give earn them a trip to San Jose.

Here are five things we learned from Arizona’s 69-60 win over the Gaels:

The seven-footer made an impact in the first half without shooting very much from the field. Markkanen led the Wildcats with 16 points and going 9/10 from the free throw line. He attempted his first three-pointer with 3:32 left in the game, connecting on it and then had a block on the other end that went off a Gael that led to the Wildcats’ surge to take the game. Markkanen also added 10 rebounds and two blocks to his double-double performance.

The Wildcats did a great job forcing the Gaels in to foul trouble and limiting them on the other end. Arizona only had five personal fouls in the second half, while forcing Saint Mary’s into 11. Sean Miller’s squad also took advantage at the free throw line, hitting 18-21 and making 15 straight at one point in the game.

No Ristic, No Biscuit

Dusan Ristic had a very efficient game, scoring 13 points on 6/9 shooting. The Gaels have a very talented center in Jock Landale, but having multiple seven-footers was too much and the big man took advantage.

The Gaels are 17th in the country in three-point percentage, hitting nearly 40% from beyond the arc. On Saturday, Saint Mary’s went 5/21, 23.8% from three-point range. Add in the fact that Arizona made 11 more free throws than Saint Mary’s attempted and Arizona was able to seal the victory.

Arizona will face #11 Xavier, Sean Miller’s previous coaching residence before the Wildcats. STORYLINE CENTRAL…that to be discussed this week.

The Wildcats will play their Sweet 16 game on March 23rd.