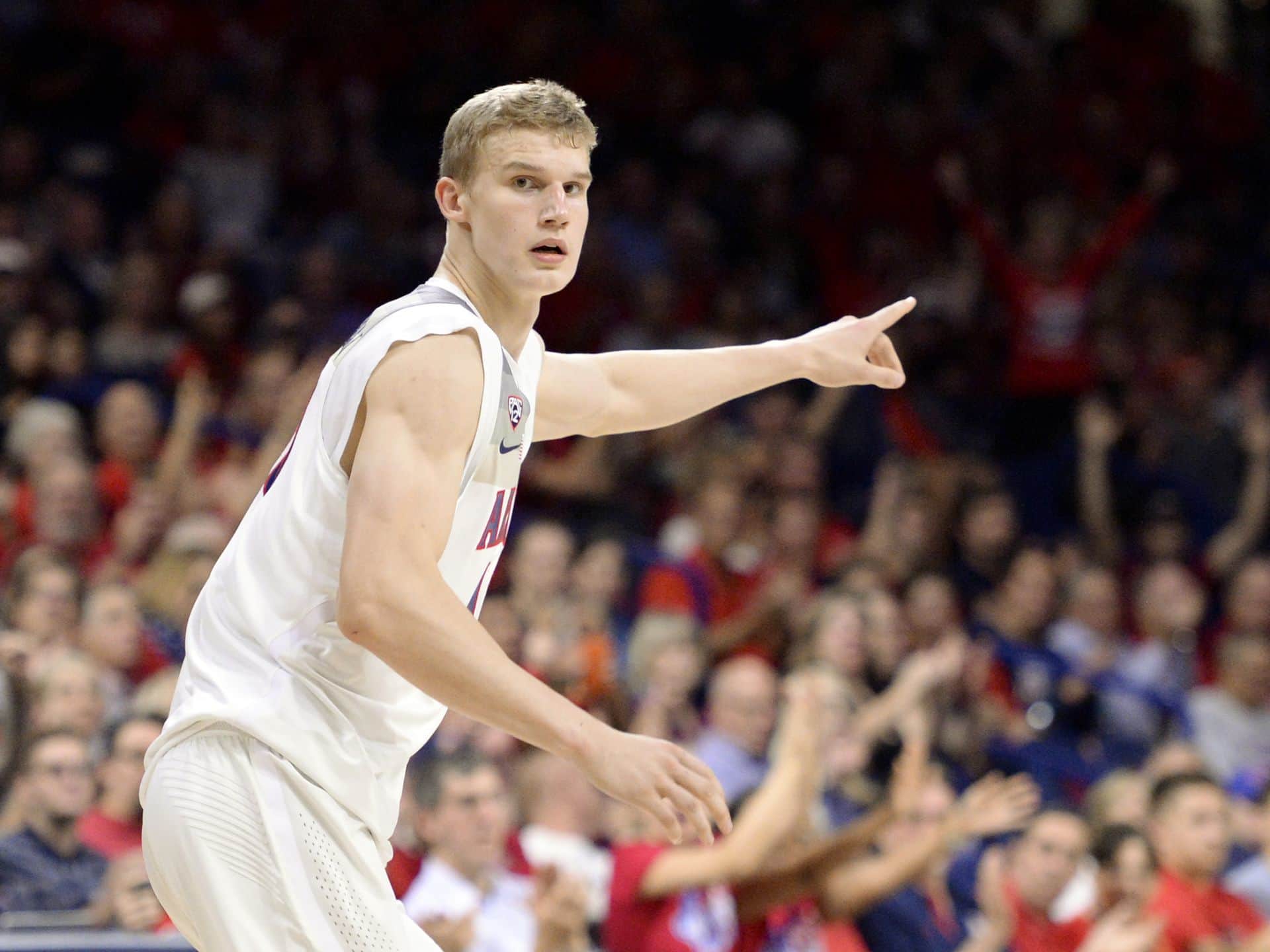 Lauri Markkanen’s NBA game has been to compared to Dirk Nowitzki.

Now he has a chance to prove it.

Thursday morning the skilled 7-foot, 230-pound Finnish forward announced he would be leaving the University of Arizona after just one season and entering the draft.

“I made the decision after we got back to Tucson [after the NCAA Tournament], ” Markkanen said at a press conference inside McKale Center. “I’m very excited. I’m looking forward to it.”

Markkanen, who is projected to be a Top 10 pick in this summer’s draft, averaged 15.2 points and 7.2 rebounds in 37 games as the Wildcats’ promising season came to a premature end last week in San Jose. For the season, he shot nearly 50% from the field and over 43% from behind the three-point arc. His 83.5% free-throw accuracy led the team.

The All-Pac-12 First Team member will leave with fond memories, particularly playing for head coach Sean Miller and what he learned defensively.

“It’s been an unbelievable experience playing for him,” Markkanen humbly said. “I’ve learned so many things. I’ve been blessed to be here.”

Markkanen’s one-year impact will be remembered in the Old Pueblo for quite some time according to Miller.

“His ability to shoot, his ability to put the ball on the floor,” he explained. “You could make the argument he had the greatest freshman season in the history of the program. I 100% support his decision…it’s time for him to reach his goals and dreams.”