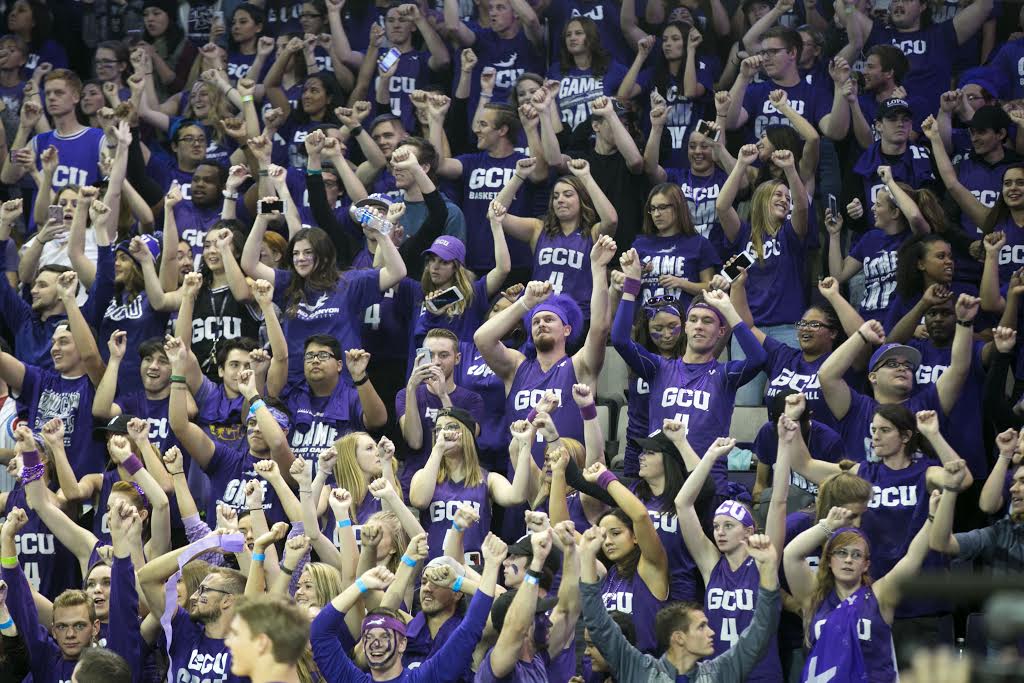 They say imitation is the most sincere form of flattery. With Final Four participant Gonzaga in the Valley, it’s no surprise Grand Canyon University is monitoring every aspect of one of the nation’s top mid-major programs, both on and off the floor.

The Lopes, led by head coach Dan Majerle, finished their season 22-9 and will be eligible for the NCAA tournament in 2018 after transitioning to Division I status. With an increasingly talented roster and one of the best home court advantages in the country at rowdy GCU Arena, basketball is certainly trending in the right direction coming off back-t0-back 20-plus win seasons.

In Phoenix a day early, and popped in to see the next great college basketball mid-major workout: the Grand Canyon ‘Lopes pic.twitter.com/QpgsccPW7t

GCU Vice President of Athletics, Mike Vaught, has a vision GCU will be an elite basketball program, in many ways following Gonzaga’s strategic blueprint.

“I think there is a strong commitment to athletics on their campus,” Vaught told Sports360AZ.com in a phone interview Wednesday morning. “We have that same commitment, passion and vision to be Top 25 in everything we do.”

Vaught believes Gonzaga has set up a successful program under long-time established head coach Mark Few, proving smaller, private west coast schools can reach an elite level without playing in a power conference. Much like the Zags, GCU has been proactive scheduling non-conference games against power programs like Kentucky, Duke, Louisville, and Indiana among others.

“It’s incredible what their coaches have done and what the administration has done for the basketball program there,” Vaught continued.

GCU will have some work to do before they will be on the same level as Gonzaga in basketball but with the Final Four here in Phoenix, this could be the chance to show people exactly what GCU stands for. The University will host the College Slam Dunk and 3-Point Championships Thursday night which will air on ESPN, providing another free billboard for the school and the program.

“It’s a great tool for exposure for us as a University this weekend,” Vaught said.