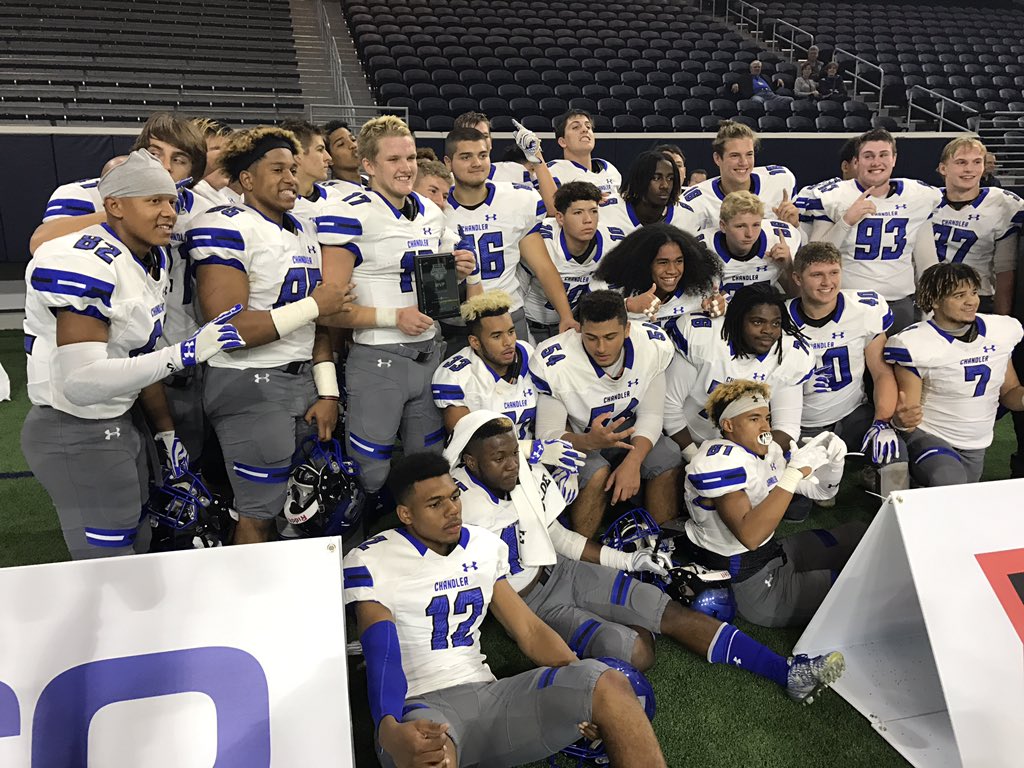 Here’s hoping everyone had a Happy Valentine’s Day and best of luck to all the Arizona high school football players who are competing in the state basketball tournament which tips off this week.

After countless hours of consulting and brainstorming, I’ve decided to call this weekly collection of thoughts the “Zone Read.” Clearly only the back half of that sentence is accurate.

Anyway, we are just a couple weeks away from spring football starting so let’s get started with a fast-rising prospect from Tucson who is poised for a big senior season in the Old Pueblo.

Sir Lance(r)lot…If you haven’t heard the name Matteo Mele by now, you soon will. He played tight end last season for Dennis Bene’s 10-3 team but is projected to play offensive tackle at the next level. His size-to-skill level certainly doesn’t disappoint.

“There aren’t many people walking this earth that are 6-foot-6, 250 pounds,” Sports360AZ.com Recruiting Expert Jason Jewell said. “Then you watch his tape and see his upside. He is a player that will have 15 D-1 offers.”

Mele recently picked up offers from Washington State and Nevada.

Congrats @MatteoMele2 stay on the grind!! Thank you @NV_CoachCasteel #Lancernation #Wolfpack # another Lancer to the next level!

Speaking of Tucson…Now former University of Arizona Special Teams Coach and long-time Chaparral Firebirds boss Charlie Ragle is off to Cal but you can bet he’ll be racking up the frequent flier miles shuttling back and forth to Arizona in search of in-state players to help his first-year head coach Justin Wilcox.

Ragle leaves behind many fond memories as he departs for the Bay Area, specifically his first extended college gig learning from and working under Rich Rodriguez at UofA.

“Grateful for the opportunity provided to me by Coach Rod,” he told Sports360AZ.com Tuesday. “The great people of Tucson, they were fantastic to my family and me.”

Now it’s time for the next chapter.

“Extremely excited about the future at Cal,” Ragle explained. “What a great opportunity I believe it is to grow as a person and a coach.”

A Move Down Arizona Avenue…Steve Belles’ loss is Shaun Aguano’s gain. Avery Carrington transferred from Hamilton to Chandler last month and, although he will be required to sit out the first five games this fall, he adds play-making ability to the back-half of the Wolves’ already talented secondary.

As a sophomore, the 6-foot-2, 180-pounder tallied 41 tackles and three interceptions last season for the Huskies.

The rich getting richer in the far east Valley.

One, Two, Three…balancing school, a social life and playing one sport can be a struggle at times for high school student-athletes. Prescott junior Ryan Greene happens to play the big three: football, basketball and baseball for the Badgers.

A two-year varsity performer, Greene was at his best on the gridiron at quarterback rushing for 12 touchdowns and throwing for five more on a run-heavy team that rushed for nearly 3,000 yards and at a clip at nearly seven yards-per-carry last season.

We Before Me…One of the my favorite aspects of high school athletics is seeing student-athletes accept various roles in different positions when needed. With a 3.34 grade-point-average, it isn’t much of a surprise to see Poston Butte junior Carter White tackling every challenge and every responsibility the Broncos’ coaching staff has asked of him.

Last fall White rushed for eight touchdowns and caught five more, even threw for a pair a part-time quarterback.

Did we mention he also played linebacker, returned kicks, even punted and averaged a team-high 7.8 points per game?

Just a kid with some big dreams ??

“I have been working on my explosiveness,” White told Sports360AZ.com’s Andrew Luberda as he prepares for spring workouts in the far East Valley. “I’m working more on this so no matter if I’m split out at receiver or in at quarterback or linebacker, I want everything to be explosive.”

Talk about a Jack of all trades.