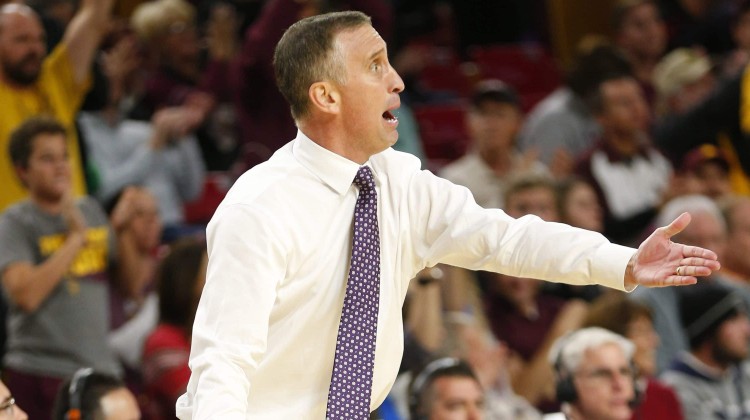 From why and how he says what he says on-air — and off — to his apparent admiration for Bobby Hurley and  the ASU basketball program, it’s not difficult to see why Bill Walton has become one of the most popular analysts not only in the sphere of college basketball, but in sports media today.

That said, it’s only fitting a story about Walton courses through multiple topics resembling a way only he could.

“I love all things Bobby Hurley.”

Nowadays, Walton is as recognized for his on-air fascination for many within the college basketball community as he is for his accolades on the court. Of the many he’s praised, Arizona State University is among the most loftily commended, including men’s basketball coach Bobby Hurley.

“I love all things Bobby Hurley,” said Walton to Sports360AZ.com as he was making his way through the tunnel inside the McKale Center back in January prior to ASU’s matchup with the University of Arizona. “He’s a shining star, a beacon of hope. He is the reason I believe in a better tomorrow.”

Hurley, roughly halfway through his second season in Tempe, hasn’t exactly produced the results he would have liked thus far. Nevertheless, Walton’s loud veneration bears truth, as there’s reason for optimism amidst the slow start.

When Hurley arrived to ASU ahead of the 2015-16 campaign, he inherited a roster of mostly veterans obtained by the previous regime. Before the 2016-17 season, he brought in talent of his own, warranting immediate hopefulness within the program. However, setbacks — senior forward Savon Goodman’s transfer to La Salle in April; freshman forward Vitaly Shibel’s torn ACL in August; freshman forward Romello White being ruled academically ineligible ahead of the season; and freshman forward Sam Cunliffe’s recent transfer to Kansas — stunted high expectations for the year.

“Last year was very tough because he got in there late,” said Walton of Hurley’s time at ASU. “This year, he’s sidelined because the whole front-court is not available. But the style that they play, the passion that they play with and the purpose, the goal — everything is reflective of great things to come, and we’re just excited as can be.”

Through his first couple years at ASU, Hurley’s teams have battled for everything they’ve earned. His status as a seemingly perpetual underdog is something that’s provided the former Duke University star a different perspective.

“You have even more appreciation for how hard it is because you’re a coach, and you see how hard it is to win any game,” Hurley said following a January practice at the Weatherup Center in Tempe.

Though at different stages in life, Hurley, 45, and Walton, 64, can communicate on a level few can as their on-court success perforated the realm of legendary status.

Each won back-to-back National Championships during their collegiate careers — Walton in 1972 and 1973; Hurley in 1991 and 1992. Walton was recognized as the Final Four Most Outstanding Player both years, while Hurley claimed the honor his second visit. Their accomplishments only aid in establishing each’s presence, and Walton acknowledges bona-fide leadership traits in Hurley.

“He brings credibility, integrity, character, and he brings an aura,” Walton said. “An aura of exemplary, championship pedigree. The recruits all across the land, they’re going to see Bobby Hurley, and they’re going to be in this position where they say, ‘That’s what I wanna do with the rest of my life.’”

Said Hurley of Walton’s high regards: “I think that he just appreciates that journey, how hard it is to achieve and win a national championship, and do it consecutively. We have that thing in common, which is nice. We can talk about those things.”

Walton’s fondness for Hurley extends to his family, too. Hurley said Walton knew his father, the renowned basketball coach Bob Hurley, Sr., from a San Diego high school basketball tournament before he interacted with Walton for the first time last year before ASU’s tilt with Oregon State.

Now, ahead of Sun Devil men’s basketball games Walton is scheduled to call, the famed color analyst and Hurley can be found chatting for extended periods of time. It’s something longtime ASU sports information director Doug Tammaro has witnessed firsthand.

“When Bill did our (University of California-Berkeley) game, Bobby talked to him at the beginning of shootaround. Then we go to Arizona, Bobby goes up and starts talking to him,” Tammaro recalled. “It’s just cool because they’re college basketball superstars that played on dynasties. They’re from different eras, but it’s really cool to see those two guys just hit it off.

“Bobby will spend 20 to 30 minutes before or after talking to Bill because he just loves talking to him.”

The respect between Hurley and Walton runs deep. In fact, prior to ASU’s game with Arizona, Walton went out of his way to talk with “Bobby Jr.”, Hurley’s son. Walton, an avid reader himself, has even recommended books for the younger Hurley to read.

For Walton, Hurley is ultimately one of a handful of prominent and lesser-known ASU figures he’s expressed regard for on live television and in person. He has frequently discussed his respect for the university, and its future, maintaining his esteem for the program off-air, too.

“What’s happening at ASU with (president) Michael Crow, (vice president of university athletics) Ray Anderson, Doug Tammaro, and all the people working so hard to make this remarkable school the New American University, (demonstrates) what it means to be a part of something special,” Walton said.

Bill Walton raving about @DougTammaro for about a minute. Wants to give him an award for national SID of the year.

“No one prepares more than Bill Walton.”

Many notice amidst Walton’s normal quips, he’s identified and talked about several people behind the scenes of the programs he broadcasts.

Take Tammaro for instance, who’s been an Sports Information Director at ASU for 24 years. He revealed it’s Walton’s preparation and openness that enables him to become so familiar with those mostly hidden but still integral to the schools he broadcasts.

“No one prepares more than Bill Walton,” says Tammaro. “I don’t think what people realize is he will sit with people, call the SID a week or two ahead of time, and ask for 90 minutes on the phone. And he’ll go through everything on your roster.”

Hurley agrees, describing how prior to games, Walton will spend plenty of time with teams he’s assigned to cover. “He wants to dig in and find more personal stories about players,” Hurley said.

Tim Sullivan, Walton’s producer, concurs with Hurley and Tammaro’s observation of Walton’s effort. He says the oft tie-dye-garbed color commentator is interested in topics and things ordinary analysts are not.

“Part of what is lost when you listen to Bill on the air is the preparation,” Sullivan said during a phone interview. “I completely understand how Bill’s commentary and his analysis does not reflect preparation, or at least is seemingly off-the-cusp because of his delivery, but the reality is he does spend a significant amount of time talking to each team’s sports information director.”

Sullivan continued, explaining Walton will follow-up his questions to SIDs with personalized inquiries of the head and assistant coaches, as well as individual players both at shootaround and again during pregame warm-ups. This, all in addition to having game notes, research material produced by the broadcast team, and online articles.

“It’s really a combination of all of those things,” Sullivan said. “Before I had met him, I would have argued, just listening as a viewer, I wouldn’t have realized how much preparation he does put in.”

Walton’s desire for information and his willingness to speak with anyone has left a positive impression on many he’s encountered.

“There is no one that’s nameless and faceless,” Tammaro said of the former NBA champion. “That part’s pretty cool.”

The result of Walton’s tireless research and free spirit produces some of the most outrageously entertaining or odd live broadcasts in sports to date.

“He’s interested in different things, and that’s one thing that I think really differentiates Bill.”

“Not everybody enjoys it. That’s okay with Bill,” Sullivan said. “Bill’s not apologetic. Bill is very steadfast in his beliefs and what he says, and he backs it up and does the preparation, and lets the chips fall where they may.”

Sullivan lauds the different tactics Walton uses both on-air and while attaining his information.

One example: Arizona’s phenom freshman forward Lauri Markkanen, whom Sullivan says Walton simply asked, “Tell me what it’s like to live in Finland?” before the Wildcats’ contest against the Sun Devils.

“An open-ended question about growing up in Finland, and you think, ‘Well, why does he care, because how does that play into tonight’s game?’ The reality is, it’s interesting because it’s personal,” Sullivan said. “It gives viewers a different perspective on this particular player. And that’s what storytelling is.”

Sullivan says the storytelling aspect Walton provides, in his opinion, is just as important as Walton analyzing Markkanen’s drop-step, post moves or rebounding prowess. Although he says Walton is certainly capable of breaking the game down, he understands why Walton prefers his method.

“I just think because Bill is an interesting person, he wants to know an interesting story about the players and coaches that he’s covering,” Sullivan said. “I think that’s how he approaches his preparation each and every game.”

There’s never a dull moment around Walton, according to Sullivan. His curiosity and passion for things such as cycling, reading, music, and travel make for a partner he says is very exciting to work with — despite never truly knowing what’s coming next.

“I think it is a free-wheeling nature, I think he prides himself on being unpredictable,” Sullivan said, joking that it can be frightening for someone in production such as himself whose primary job is to plan and kind of anticipate. Regardless, he embraces the unique approach Walton brings, noting that revered analysts such as Sunday Night Football’s Cris Collinsworth, Monday Night Football’s Jon Gruden, and NBA on ESPN’s Jeff Van Gundy each possess skillsets and personality vital to their role.

“Bill just doesn’t fit into a box,” Sullivan says. “I think that free-willing spirit, and his mind always rolling makes him stand out.”

The show that ensues Walton’s freelancing is infectiously amusing to many.

“He’s different, but he’s fun,” insists Tammaro. “I know he’s not for everyone, but I love when he does our broadcasts because he makes us relevant even if we’re not, and the time he invests is just awesome.”

Nothing better than listening to Bill Walton in a blowout game.

Hurley, who says Walton is great for the game, noted his energy and appreciation for life as chief reasons to why he’s such an interesting personality to be around.

“It’s great to meet people who are enthusiastic about living and about enjoying life and living it to the fullest,” he said. “With him it’s not only basketball. He’s a well-rounded person with a lot of life experiences and he tries to be a positive influence.”

“What we find really entertaining and off-the-wall, he just looks at me like, ‘Yeah, well that’s just what I do. It’s who I am, it’s what I do.’ I love that he is who he is, he knows who he is, has great sense of self, great pride, very independent, and a free-thinker.

“I think that really is his defining personality trait that makes him different.” 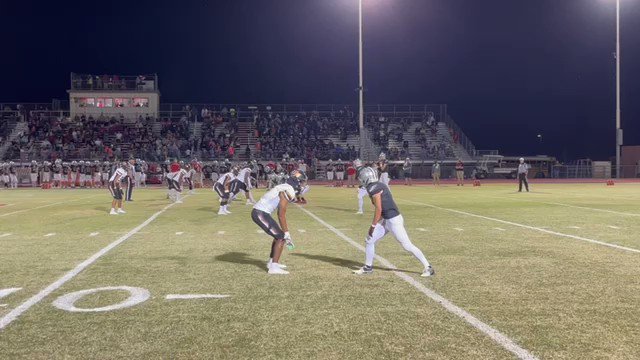 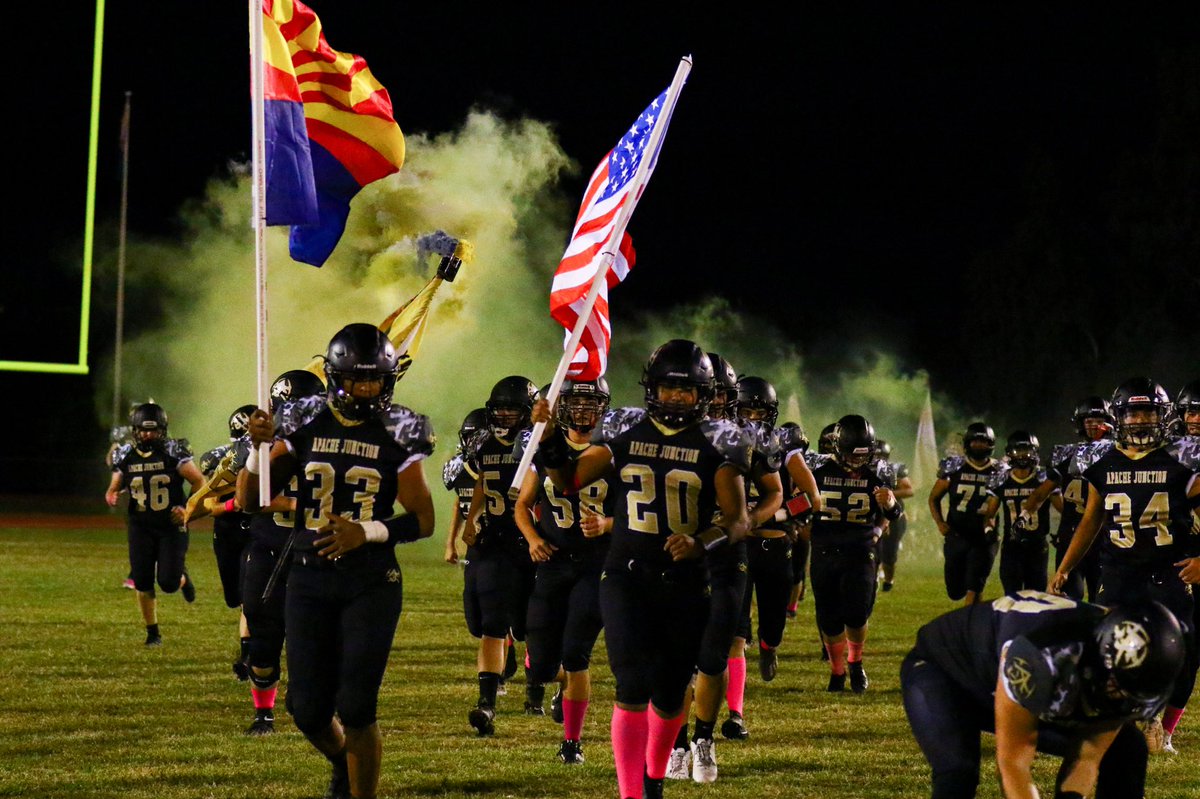