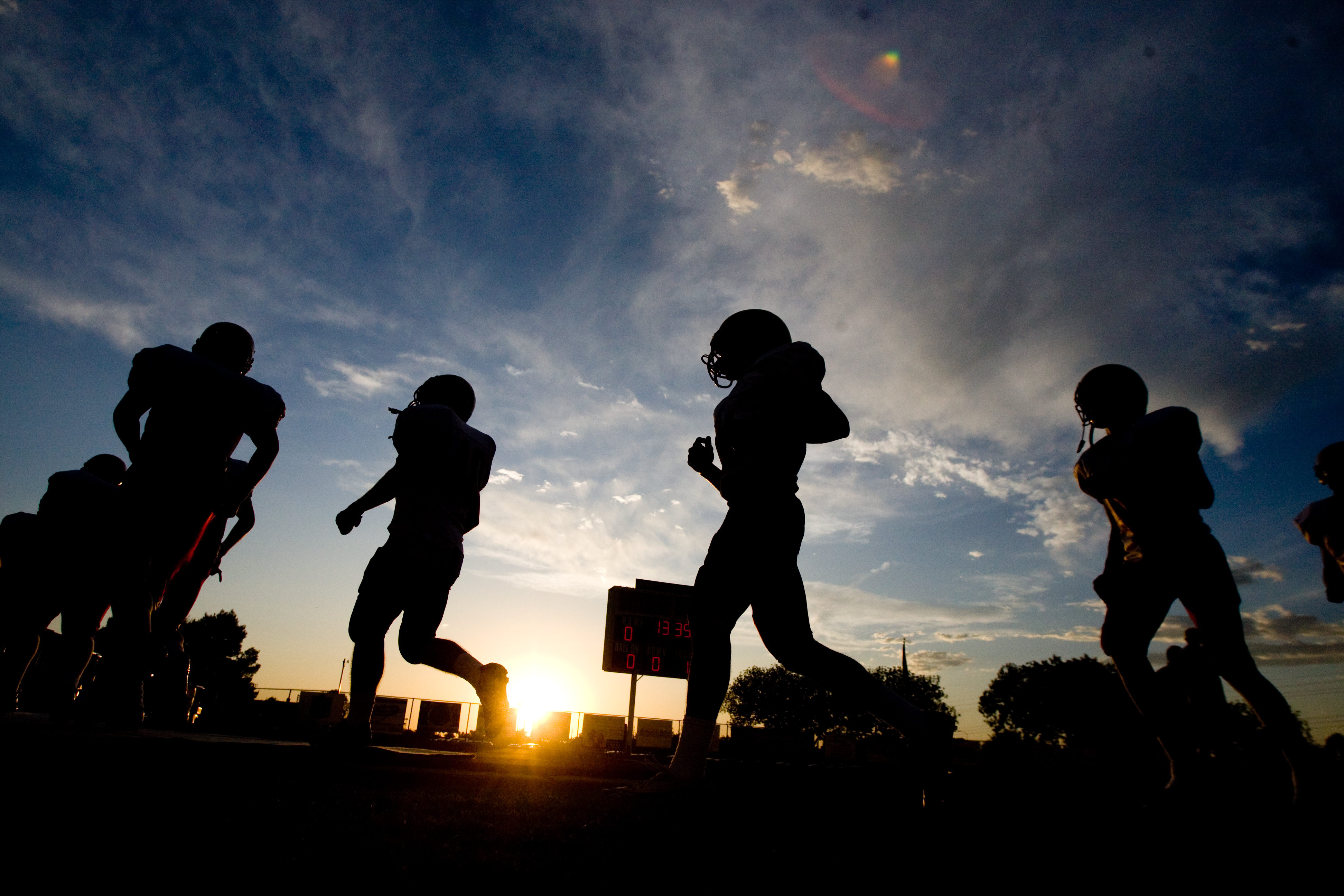 Hopefully none of you are experiencing an #NDS360AZ hangover because, as I’ve said over and over, Arizona high school football really doesn’t sleep.

Spring camps will be getting underway towards the end of the month but here are a few things which caught my eye in the meantime.

Let’s start with this.

…High school sports can be a dirty, cut-throat business on a number of levels.

According to a head coach, who agreed to share his story anonymously, one of his previous lower level assistants resigned over “philosophical differences” before his first season even began. He was later hired by a staff at a rival school. When said assistant coach left he decided to take his former school’s entire power point playbook with him.

Not only did he use it exclusively the following year to game plan against his former school, it is believed he openly shared the entire digital book with other opposing coaches around the Valley as word eventually got back to the original head coach.

“I would like to think that most coaches are ethical people and would not do that,” the unnamed head coach said to Sports360AZ.com. “There are two issues. One is the actual taking of the playbook. Second is the coach who receives that playbook [and makes] the decision to use it.”

I equate it cheating in golf. It’s probably not difficult to do but it’s beyond unethical and isn’t fair to any of the opposing coaches and players who believe they are on an equal playing field, at least morally, when the whistle blows. I’m fully aware of the “high stakes/competitive edge” here in Arizona as the talent and skill continues to evolve but character and sportsmanship are of utmost importance when setting examples for these teenagers.

“I don’t really know how common it is,” the head coach continued. “With most people making playbooks digital, it’s certainly a lot easier to distribute.”

Take note of this high school coaches throughout the state.

The coaching fraternity can be an incestuous one, sometimes for all the wrong reasons.

From Bear Down to Golden Bear

The outgoing, personable Ragle leaves ever-lasting football imprints on the Grand Canyon State and some big shoes to fill in key area for Rich Rodriguez in Tucson.

Watch What You Wish For

…The recruiting process isn’t always as glamorous as it may appear as student-athletes attempt to decide which destination makes the most sense for them both on the field and, more importantly, in the classroom.

A recent two-sport star and three-year varsity performer committed to play football at a prominent Division-I program early last summer. Externally, his story was no different from many of the better players in the state. Behind the scenes there were many hardships, including his quickly declining grades.

Despite knowing he’d never qualify, he was still public about his college intentions on social media late last fall.

Instead of putting out his personal fire, he only fanned the flames.

This particular case is by no means the only one to fall prey but I’m hoping if you’re a potential college student-athlete, please take the time to prioritize your months, weeks, days, even hours.

You don’t want to jeopardize the ultimate prize when so few are presented the opportunity.

…There’s been a delay in officially announcing Jim Rattay’s successor at Cesar Chavez. According to a source close to the situation one applicant chose to file a grievance against the school. By all accounts Chavez is expected to officially hire former Dysart head coach Manuel Alcantar who resigned in December after posting back-to-back winning seasons with the Demons.

…Was happy to see Yuma Cibola tight end Mark Walton’s patience pay off with a late scholarship from Todd Graham at ASU. I caught up with him late last summer up here in the Valley and he believed it was going to be special year after putting in the off-season work.

Excited and blessed to announce that I am committed to play football at Arizona State University! #ForksUp pic.twitter.com/IKHqUD9Zxm

Walton tallied 690 receiving yards (17.7 yards per reception) and 10 touchdowns last fall. He also led the 6-4 Raiders in sacks (four) and tied for first with 7.5 tackles for loss.