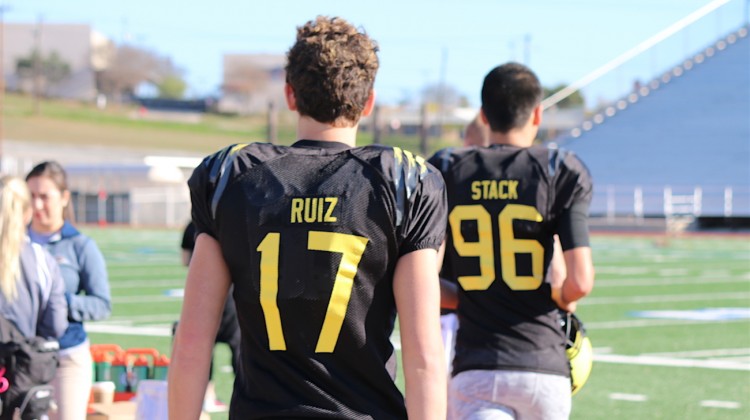 Consistent kicking has been one thing Arizona State fans have come to know in the last four years with Zane Gonzalez.

Gonzalez wrapped us his career with a Lou Groza award in hand and FBS records for field goals made and points scored for a kicker.

Sun Devil fans feel there should be much of the same over the next few years thanks to their latest commitment.

Proud to Announce That I Will Be Staying Home and Committing to Arizona State University!??? #ForksUp pic.twitter.com/XxCSJOYIaC

Williams Field kicker Brandon Ruiz, who many consider to be the top kicker in the nation, announced Monday he has committed to the Sun Devils, just one day after backing off a verbal commitment to Alabama.

Part of the reason for the switch? Being close to his family.

“My family’s been to every game,” Ruiz said. “They are the ones that go out shag balls for me on the weekend, and they’ve never missed a game of mine. If I went to Alabama, they would probably miss some so just been 30 minutes away is easy.”

Brandon will join his brother Blake, who is a student at ASU, in Tempe this fall. The two spent time on the Williams Field varsity team in the 2014 season. When the Sun Devils reached out to Ruiz, he felt their program values aligned with his and his family’s.

“I started to talk to them sometime in the middle of my football season and it kind of started slow but as time went over it started to make more sense for me to go there,” Ruiz said.

“I’m really close with (ASU special teams coach) Shawn Slocum. Him and I get along really well and it seems like a perfect fit.”

The U.S. Army All-American hit 31 field goals at Williams Field, including multiple 50+ yarders, and just 5.6% of his kickoffs were returned by opposing teams in his last two seasons with the Blackhawks.

This is the 15th commitment for the Sun Devils this class, and sixth since December 14th, including fellow Army All-American and Wylie East (Tex.) High School running back Eno Benjamin.

The Sun Devils hope to continue their success with in-state recruiting as the 2017 cycle wraps up. Eight of the 15 commitments have come from Arizona, and the Sun Devils are in the running offensive tackle Austin Jackson, Mountain Pointe safety Isaiah Pola-Mao and Saguaro safety K.J. Jarrell, and St. Mary’s defensive end Odua Isibor, who all were All-Americans this year.

No, this isn't the same clip. Ruiz hits another 51-yard FG. He still had plenty of leg left on that one, too. 20-0 WF #FridayNight360AZ pic.twitter.com/0bopg9I1ev