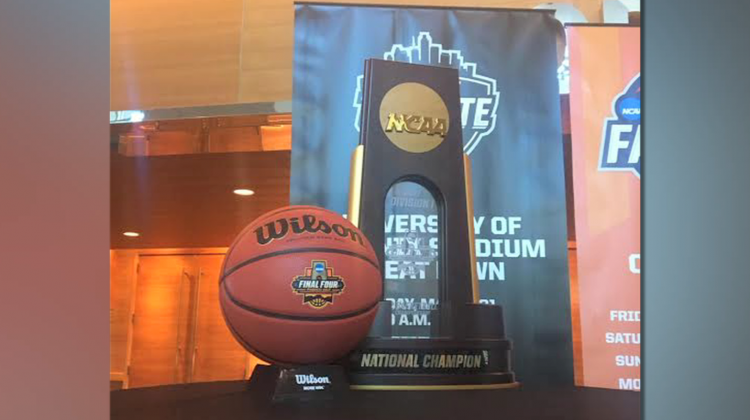 That’s how many currently stand between today and Saturday, April 1 — the day the 2017 Final Four will tip off from University of Phoenix Stadium in Glendale, Ariz.

On Wednesday, Jan. 25, NCAA officials, Arizona leaders and the Phoenix Local Organizing Committee gathered to unveil plans for the 2017 Final Four and related festivities during the Final Four Tipoff Press Conference at the Phoenix Convention Center.

It will be the first time the state of Arizona has ever hosted the NCAA national championship and semifinal games. Phoenix will be the Final Four’s westernmost designated-host site since the 1995 Final Four, which was played at the Kingdome in Seattle.

“We have been working years as an entire community to prepare for this historic event,” said Dawn Rogers, the executive director and CEO of the Phoenix Local Organizing Committee. “We are proud to be the standard for this entire region.”

Arizona leaders made a point of discussing how hosting the Final Four would have an effect on the downtown community, and why Phoenix is such a desirable locale.

“We’re proud to showcase why Phoenix — and Arizona — is the perfect spot,” Ducey said, referencing the state’s track record in hosting major sporting events. “Successful Super Bowls, Fiesta Bowls and a College Football National Championship — It’s only natural for the Final Four to make its way to our stage.”

Aside from the tournament itself, the Phoenix Local Organizing Committee has helped put together a plethora of events within the downtown Phoenix area, similarly to how the area was utilized when Super Bowl XLIX and the College Football Playoff were each recently hosted in-state.

Among the events planned to take place during the tournament are the Final Four Fan Fest, March Madness Music Festival, and much more community-inclusive affairs.

“We promise that it will be an unforgettable experience for visiting teams, student-athletes, alumni, fans, media, NCAA corporate champions and partners, as well as our own residents,” Rogers said.
You can visit www.phoenixfinalfour.com for more details on the 2017 Phoenix Final Four.