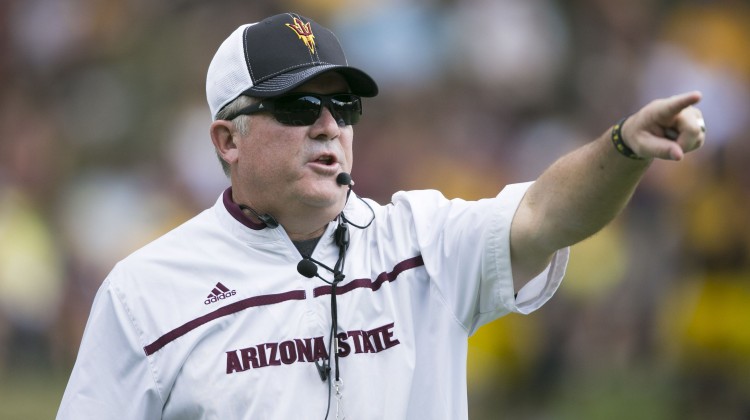 “Josh brings a tremendous background of winning at the highest levels,” head coach Todd Graham said in a statement released by the school. “[Henson] brings a wealth of knowledge of our system to our staff, in addition to being one of the finest recruiters in the country. He will blend well with [assistants] Chip Lindsey and Rob Likens.”

Henson played at Oklahoma State from 1994-97 and later returned to coach in Stillwater. During his three seasons as offensive coordinator at Missouri he helped the Tigers win back-to-back SEC East titles in 2013 and 2014.

“I am so happy to be at Arizona State University,” Henson said.  “One of the things that attracted me to ASU is that Coach Graham has a track record of winning wherever he’s been.  And he has a track record of developing young men.  Winning is important, but being involved in their lives is also what appeals to me…I am very excited to get started.”

Graham’s staff has seen a bit of an overhaul again this winter, the most recent being Offensive Line Coach Chris Thomsen leaving to return to coach his alma mater TCU.

There is also an opening at tight ends coach after DelVaughn Alexander left for Notre Dame.