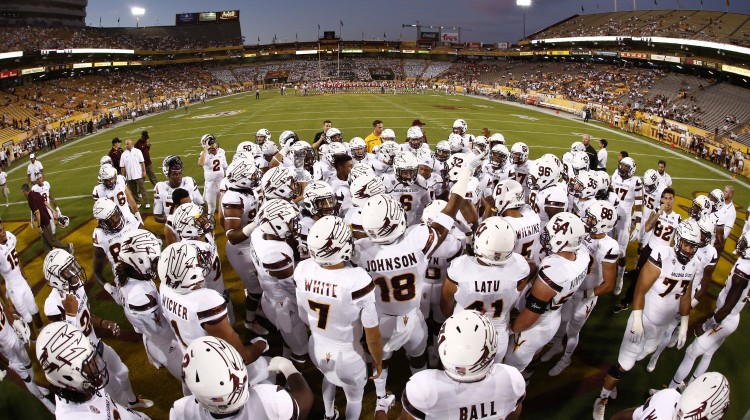 The Arizona State Sun Devils will look to bounce back this fall from back-to-back losing seasons under head coach Todd Graham. Wednesday morning the potential roadblocks were made public as the Pac-12 released finalized dates and opponents for the upcoming season.

The Devils’ 12-game slate features seven games, including three of the first four and six of the first nine next fall. The schedule includes six teams (San Diego State, Stanford, Washington, Utah, USC, Colorado) which finished 2016 in the Top 25 and well-placed bye week on October 7th after a road game at Stanford and before hosting Pac-12 Champion and College Football Playoff participant Washington in Tempe on the 14th. The season concludes with the annual Territorial Cup game against Arizona on November 25th.

“We’re enthusiastic about our 2017 schedule as we have the opportunity to play seven home games against great competition with a well-placed bye week built in,” Graham said in a statement released by the university. “And as it is each season, our conference slate is very challenging and provides our fans a great group of home games to fill Sun Devil Stadium.”

Below is the full schedule with conference games in bold.