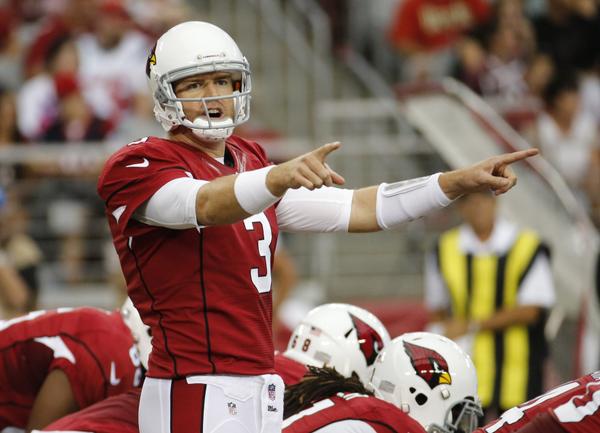 The Arizona Cardinals were back on the road Sunday and fell on the game’s final play to the Miami Dolphins 26-23. With the loss, the Cardinals drop to 5-7-1. Miami improves to 8-5.

Not In the Cards…Woof. Well, you can now officially take the “All” out of “All or Nothing.” In a season which started with not only summer Super Bowl whispers but Super Bowl planning, ended in a downpour when kicker Andrew Franks drilled a 21-yard field, and essentially, the last nail into the Cards’ post-season coffin. The effort was there fighting back to tie the game late but the execution wasn’t. Far too many lapses in all three phases.

No Beasts of the East…Four trips to the east coast, four losses. Say what you want about the Cards road woes this season but in this case the numbers just don’t lie. In setbacks to the Bills, Panthers, Falcons and Dolphins the Cards were outscored 127-80. This doesn’t include their loss to the Vikings last month. The Bird Gang is now 1-5 away from University of Phoenix Stadium. Last season they went 7-1.

Blame It On the Rain…Carson Palmer threw two first-half interceptions and the Cards turned it over four times in the first 20 minutes of game action as Mother Nature intermittently turned the south Florida rain showers on and off. The Dolphins continued the trend we’ve seen this season, defenses heating up Palmer. Miami came into the game ranked towards the bottom of the league in total defense but were stout up front with Cameron Wake and Ndamukong Suh pushing the pocket back consistently on pass plays. CP3’s first half passer rating was just 11.6 and he didn’t eclipse 100 yards passing until midway through the fourth quarter.

Just For Kicks…It seems every week it’s something for the Bird Gang’s special teams and Sunday was no different. Sure, the conditions were far from ideal but it doesn’t excuse Chandler Catanzaro missing two extra points and a rather routine 41-yard field goal. His second missed PAT, which was blocked, was returned by Dolphins’ defensive back Walt Aikens for two points and a three-point swing. The blame can be spread to not just Cat Man but snapper Aaron Brewer and the line who were far from perfect, as well.

Finding Fitz…A week after his 10-catch (11 targets), 78-yard game against the Redskins, Larry Fitzgerald had just one catch for one yard in the first half and finished with just 12 yards on three receptions on a the rainy, mid-December afternoon. He was targeted nine times but found himself bracketed by a Dolphins’ secondary which came in just outside the top 10 in pass defense.