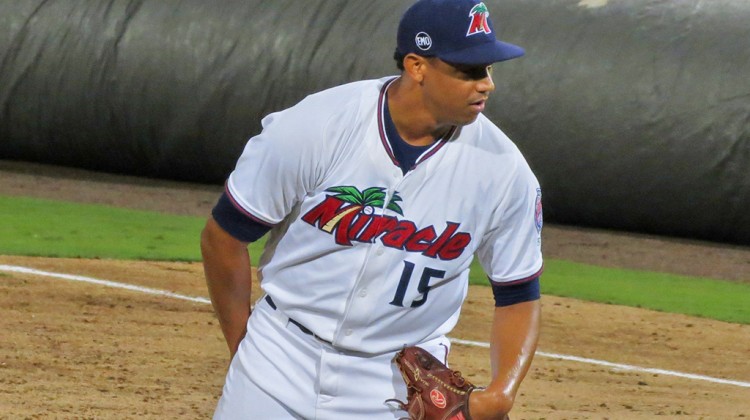 The Rule 5 draft concluded the 2016 MLB winter meetings on Thursday. While the Diamondbacks were relatively quiet throughout the meetings, they did pick up three players in the draft.

But first, what is the Rule 5 Draft?

The MLB breaks down the Rule 5 Draft as this:

“A team that selects a player in the Rule 5 Draft pays $50,000 to the team from which he was selected. The receiving team must then keep the player on the Major League 25-man roster for the entirety of the next season, and the selected player must remain active (not on the disabled list) for a minimum of 90 days. If the player does not remain on the Major League roster, he is offered back to the team from which he was selected for $25,000. If his original team declines, the receiving team may waive the player.

Once a player is selected, he is automatically assigned to his new organization’s 40-man roster.”

Only players in the MLB phase are added to the 25-man roster. Players like Roberto Clemente, Johan Santana and Josh Hamilton were all Rule 5 selections.

The Diamondbacks selected pitcher Tyler Jones from the New York Yankees, pitcher Jon Fitzsimmons from the Indians and shortstop Daniel Lockhart from the Cubs. Hazen said on Wednesday that the 40-many roster stood at 38 players before the draft (Fernando Rodney does not apply to this number since the club has not confirmed his signing).

Jones is a 6-foot-4 240-pound right-handed pitcher who spent his 2016 with AA-Trenton, where he posted a 2.17 ERA and struck out 67 batters in 45.2 innings (13;20 K/P). He has a mid to upper 90s fastball as well as a curveball and has developed into a reliever, posting 33 saves over the past two seasons. Jones was a part of the major league phase, meaning he will be placed on the 25-man roster.

Jon Fitzsimmons, right-handed pitcher from the Indians, threw in A level last year, posting a 3.31 ERA in 16.1 innings and 25 strikeouts. Fitzsimons is a 6-foot-2, 205-pound pitcher

Daniel Lockhart is a middle infielder who spent time between Advanced A and the AA level. He totaled a .226 average with 2 home runs and 28 RBIs.