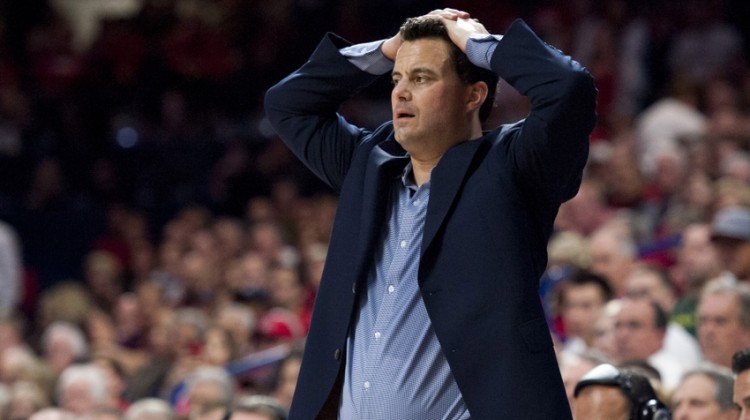 In the second half of the Arizona Wildcats exhibition opener of the College of Idaho, redshirt freshman Ray Smith went to the floor after coming down from a lay-up on a fast break. A play that we know now has ended his 2016-17 season. Smith injured the ACL in his right knee as well as other ligament and meniscal damage on the play. He will have surgery in the upcoming month and begin the rehabilitation process once again.

An unfathomable set back for a player who missed all of last season at Arizona and his final year in high school with ACL injuries.

Arizona head coach released a powerful statement on the news of Smith on Thursday.

“About a year ago I began my statement regarding Ray Smith’s season-ending injury by saying, “Ray Smith is one of the most talented young players that has ever entered our program.” Unfortunately, I begin this year’s statement by reiterating the special talent that Ray has on the basketball court and once again addressing a season-ending knee injury.

In the 25 years I have been a college basketball coach, I have never felt as helpless as I did when I saw him go down on Tuesday night. No 19-year-old kid should have to experience three season-ending injuries in a 30-month period of time. I have watched Ray work with our strength and conditioning coach tirelessly for two years. I have seen him in our training room around the clock, doing everything he can to play the game he loves. To witness his extraordinary efforts and see this happen to him once again is beyond disheartening.

Ray is surrounded by a community that loves Arizona Basketball, current and former teammates that look at him as a brother, and a coaching staff and family that is beyond supportive and forever with him. Although the mountain that Ray is climbing continues to change, my belief in him to be a resounding success in life has never been stronger. His intelligence, charisma and sheer will position him to be special in all that he does. I certainly look forward to helping him, as part of our basketball family, reach all of the goals that he sets out to achieve.”

Ray Smith also released this statement Thursday on Twitter, announcing that he is done playing basketball.

The Wildcats return to action with another exhibition game on Sunday against Cal State Chico.