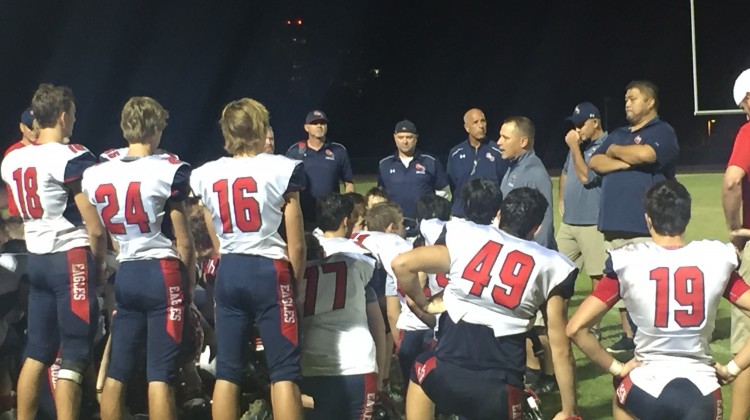 Not only did the sun set on Bruce Harper Stadium Saturday night at Tempe High, but it also set on Tempe Prep’s dreams of a 2016 state title.

Scottsdale Christian reigned in the 2A state playoff opening round game, getting on the board first against the Knights and never looking back.

The Eagles flew away with the 35-14 win, trampling over the their opponent and advancing to the quarterfinals next week against Santa Cruz Valley.

Although the Knights were able to keep the ball in the Eagle’s end for a fair share of the game, and even began to make a comeback at the end of the game, it just wasn’t enough. The Eagles’ electric offense and resilient attitude deemed them unstoppable.

Eagle head coach Chuck Gibbs called his team’s playoff berth a “campaign”, noting that he sees more than just one game ahead of them.

“I don’t think anybody can stop us, I think we stop ourselves,” Gibbs said. “As long as our guys are willing to work together, I think our team will continue to make noise. “