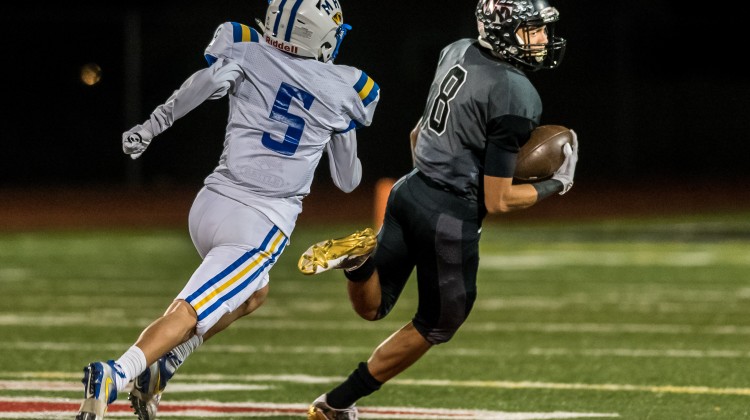 And then there were four.

This weekend marks the state semi-finals for divisions 2A-6A with games going on around the Valley and down in Tucson. Before we get started a quick congratulations to the Bagdad Sultans who blew out Williams to claim the 1A title last weekend. So with that…

Shall We Dance, Again?…In 5A, Williams Field and Queen Creek don’t need any introductions. The rivals met three weeks ago with Williams Field taking out the Bulldogs 16-9 in a game many believe Queen Creek let slip away after leading 9-3 midway through the fourth quarter.

Since mid-September QC has rolled offensively…outside of their loss to the Black Hawks. Williams Field sophomore quarterback Zach Shepard and his playmakers will again have their hands full with Schureman’s stingy defense.

Cardiac Catalina…Few teams have created more post-season drama than Tucson Catalina Foothills. The sixth-seeded Falcons got past Cactus Shadows 35-31, then upset Sunrise Mountain in a 52-49 shootout. The close wins don’t necessarily come as a surprise from Jeff Scurran’s veteran team. CFHS “grew up” after their 35-0 loss to Saguaro back in early September.

“We have changed a lot as a team since [the] Saguaro game,” senior two-way star Max Michalczik said to Sports360AZ.com. “We knew that if we wanted to be state champions we would need to be able to compete with elite teams like Saguaro.”

Before a potential re-match with the unbeaten Sabercats in the title game, Catalina Foothills will have to pull another upset against the talented Higley Knights.

The “Other” Sabercats…3A fifth-seeded Tucson Sabino (11-1) has outscored their first two playoff opponents 93-7 in easy wins over Safford and Winslow. Arizona commit Drew Dixon, the Sabercats’ Swiss Army Knife, has accounted for 32 total touchdowns and close to 2500 yards and Jay Campos’ defense has allowed 20 or less points in all but one of their 12 games in 2016. Senior linebacker James Offerman has been everywhere with 108 tackles and a team-high four sacks.

The Sabercats’ talents also extend into the weight room…

Expect Sabino to get a much tougher test on the field from Show Low who has been doing it their way quite well for many years in the White Mountains.

Contrast of Styles…I’m looking forward to making the trip down to Tucson Friday to get my first look at 5A top-seed Vail Cienega who is unbeaten and pretty much untested. They had little problems with Valley schools Fairfax and Mesquite in the opening rounds but their semi-final showdown against battle-tested Centennial is almost guaranteed to follow a different script. The Coyotes will be physical but Richard Taylor’s team will have their hands full with duel-threat stud Jamarye Joiner who has nearly 30 touchdowns. Wide receiver Braeben Bolton is another game-breaker averaging over 20 yards per-reception with 11 scores. Always intriguing when a sound defense tries to slow down a potent offense.

Elks’ Lodge…The town of Eagar’s motto is, “Where roads hit the trail.” Round Valley’s playoff opponents have hit the trail after finding Round Valley High’s roads far too rough to navigate. The Elks pitched post-season shutouts in lopsided wins over Bisbee and Paradise Honors. Offensively, the top seed in 2A averages over 375 yards a game. The three-headed ground attack of Kyron Woolf, Braden Brown and Sullivan Udall have tallied nearly 3,000 yards and a jaw-dropping 34 touchdowns. Did I mention Woolf has also thrown for 26 touchdowns and over 2,000 yards?

Show Low isn’t the only school up north putting up video game-type numbers. Fifth-seeded Benson stands in the way of a title game appearance for Round Valley.