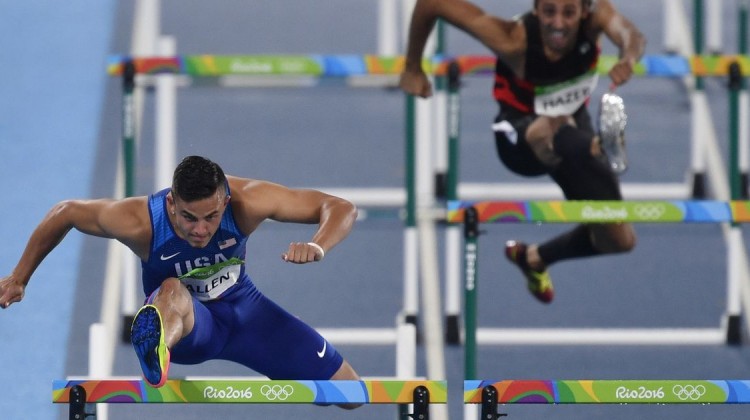 Allen, who was a multi-sport star at the University of Oregon, announced he will forego his remaining time in with the Ducks on Wednesday afternoon. The redshirt junior appeared in the 2016 Rio Olympics and placed fifth in the 110-meter hurdles. Most recently, Allen suffered a torn ACL and MCL against Nebraska on September 17th.

He also injured his knee in the College Football Playoff semifinal in 2014 against Florida State. Allen said the injury did not impact his decision and is proud of his time with the Ducks.

“I think overall I had a great career. I felt like I had an awesome experience, too,” Allen said. “My number-one goal was to get my degree, so I will finish that in the spring, which is first and foremost.”

While track may be the focus for Allen now, football certainly is not out of the question.

“My ideal scenario is to run track for the next couple years and then the 2020 Olympics, win the gold medal, have the world record and put that to the side and try to play football.”

Allen leaves Eugene as a national champion in the 110-m hurdles. He had 919 receiving yards, and 8 touchdowns for the football team in three seasons. Allen had a team-leading seven touchdowns in the 2014 football season.

He plans to continue to rehab his knee over the next few months and hire an agent in the coming days.