It has been an excited few weeks for Pinnacle freshman point guard Nico Mannion. Just weeks before the start of his high school career, he was part of some great opportunities for his basketball career.

It started the weekend of October 9th as Mannion was selected to compete at the USA Basketball Men’s Junior National Team Minicamp in Colorado Springs. He was the only member of the camp that came from Arizona and played against players his age and also two and three years older.

“It was a great experience to play against the best players not only in my class, but the 2017 class,” Mannion told Sports360AZ. “It was great to see how hard they work on the biggest stage because a lot of guys can make it there but it’s what you do when your there that really sets you apart.”

He went on to discuss that the mental aspect of the camp was big for him and stressed taking care of your body the way the best players do it. Mannion’s biggest takeaway was how he stacked up on the court against some the best the nation has to offer.

“The first day I struggled a little bit,” he explained. “The second day I stepped up a little bit more as we stepped into our own age groups and then came back to play against the Hoops Summit teams which is the U17 and U18’s. That day I played well, I just need to play with a little bit ore confidence and swagger. Just always be in attack mode and be ready for anything.”

This past weekend, Mannion was on the road again. This time two hours south to the University of Arizona campus for their annual Red-Blue game last friday at McKale Center. Since Sean Miller arrived in Tucson, it has been considered one of his biggest recruiting weekends of the year and there Mannion was invited to be right in the middle of it all as the Wildcats kicked-off their unofficial start to the 2015-16 season.

“It was really fun,” said Mannion. “Sean Miller was really hospitable. He showed a lot of love and we got to go in the locker room before and after the game just to see what it’s like to be a college athlete.

All of these exciting things and more have come just in the last few months for Mannion and he us yet to step on the floor and play for his high school team for the first time. Playing for his school and with his friends is something he has been looking forward to for quite some time. He is taking each opportunity in stride.

“You get caught up in the midst of things but my parents always remind me of how blessed I am and to stay humble and kind,” Mannion stated. “So it’s the main example, my parents.” 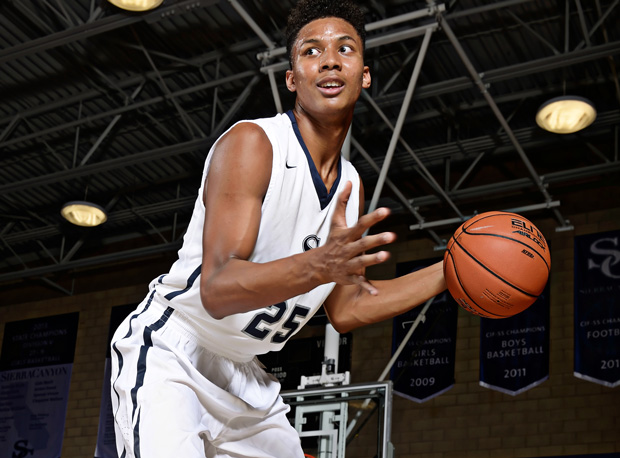