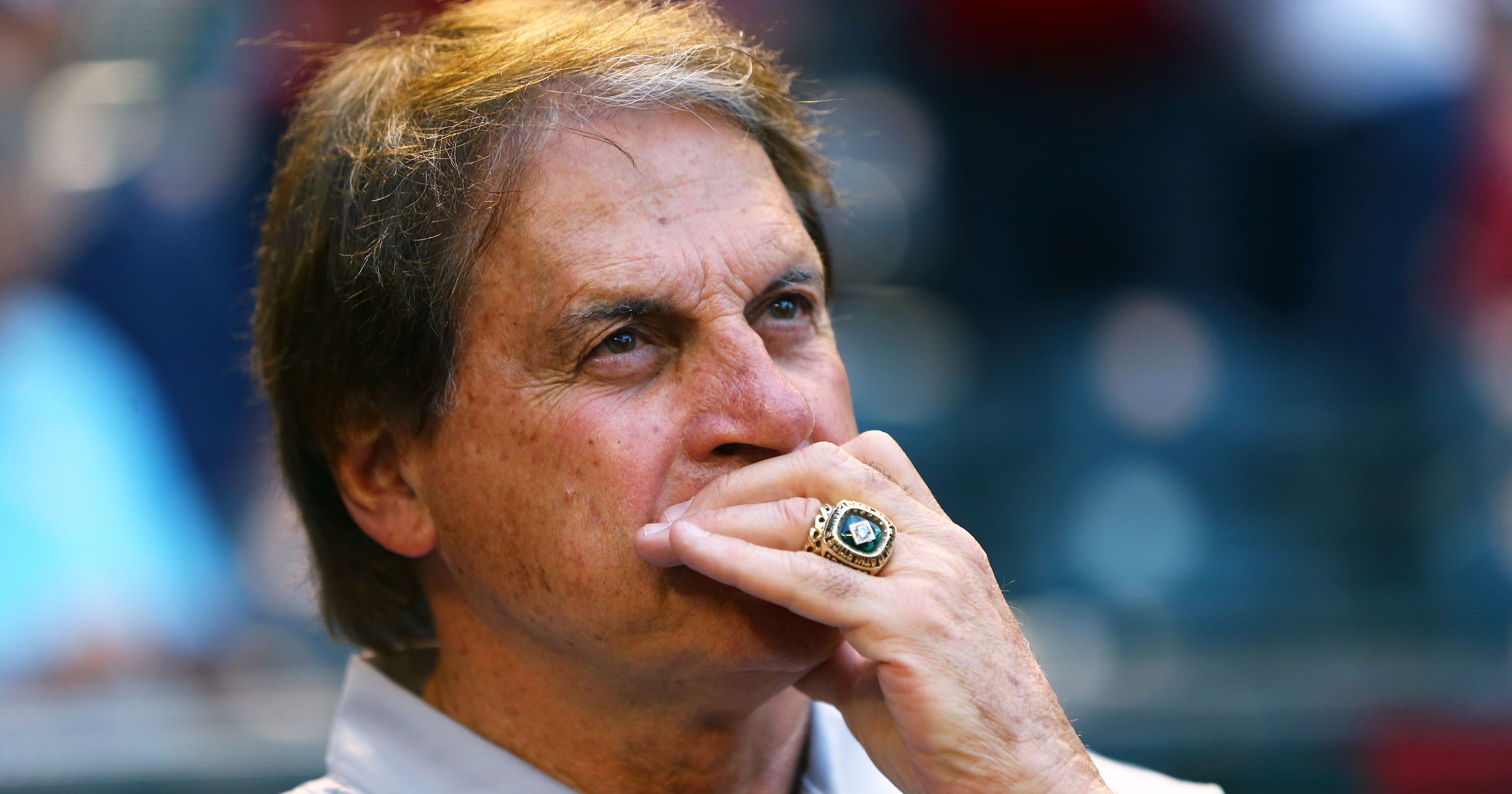 Last week marked a new era in the Diamondbacks franchise. Executive vice president and general manager Mike Hazen was introduced, and he begins his journey to try to turn around the franchise.

He won over not only Derrick Hall and Ken Kendrick in his interview, but also Tony La Russa. La Russa said he didn’t say much when the two sides met because Hazen commanded the room and had a clear vision.

“Boston was very sophisticated with their metrics,” La Russa said. “I know (Hazen) is going to upgrade what we do, but he’s going to put them together in a way that will respect the metrics and respect the traditional way to evaluate players and strategize.“

At the top of Hazen’s to-do list is to find a manager, get with the talent evaluation staff and see what exactly he has on the roster and what he doesn’t.

One thing Hazen does have on staff is a Hall of Fame manager and one of the best baseball minds in the game in La Russa. The former White Sox, Athletics, and Cardinals skipper admitted to a small scrum of journalists after Hazen’s introductory press conference that he struggled in his role as chief baseball officer, a title he held since the middle of the 2014 season.

“I’m not a Hall of Famer when it comes to working upstairs,” La Russa said, simply.

He wanted to give input. He wanted to share his knowledge, but he didn’t want to undercut the coaching staff and the “guys in uniforms.” But it sounds like the effort was still there. Sources told Sports360AZ it wasn’t uncommon for then-manager Chip Hale to sit in La Russa’s row on team flights to discuss in-game situations.

La Russa’s fluid role left him in a pickle, not able to run back to his coaching role but unable to advance to the next base and make the decisions that line up with a general manager role.

So that begs the question: What do the Diamondbacks do with La Russa?

He has transitioned from CBO into an advisor role. La Russa said he wished he did things a little differently in his former role. With a new general manager and new manager coming in, he thinks he can still make changes to the way he works and what he can do for the organization:

I would have done what I’m planning to do this winter and into the spring, and that is being more assertive, asking more questions about what is being taught and doing what they brought me here to do. I’ve got 50 years of teaching. You ask me anything, and I’ll tell you what I know and I‘ll tell you who taught me. It’s all good stuff, it’s all great stuff. I’ve been mentored by the best of them. I would have been more assertive, but you have to understand, in a respectful way.

No matter who the Diamondbacks hire as their skipper, they will have at least one Hall of Fame quality manager on staff, and his strength, at least right now, isn’t sitting in a suite. Would it be so crazy for La Russa to take over managerial duties? While Hazen learns what he has on this roster, La Russa is already familiar with the club.

#OnThisDay in 1995 — Tony La Russa makes a statement after being named manager of the #STLCards in St. Louis. (AP) https://t.co/U3M4uXIFqT pic.twitter.com/Ipvpiv7KYR

His strength is developing the talent, especially young talent, into full-fledged ballplayers, dating all the way back to two young Bash Brothers in Jose Canseco and Mark McGwire in Oakland. When the Diamondbacks hired La Russa as CBO, the fanbase hoped the Snakes could capture the magic the Cardinals possessed in their talent development department over the years.

Albert Pujols, Yadier Molina, Adam Wainwright came up with the organization and thrived under La Russa. Players like Chris Carpenter, Lance Berkman, Matt Holliday, Scott Rolen and Jim Edmonds came to St. Louis through trade or free agency and saw their careers take the next step.

Working with the players individually, whether it be a the big-league level or in the minor leagues, is where the Diamondbacks will get the most out of those 50 years of teaching La Russa possesses.

I’m not saying La Russa should be the manager of the Arizona Diamondbacks in 2017. He may not even want the gig. All I’m saying is with a resume like La Russa’s – 2,728 major league wins to be exact – should at least get him a look by Mike Hazen.