If you attend a Chaparral football game, you usually see #1 in the middle of the action when the Firebirds are on the defensive of the ball. The #1 is appropriate for linebacker Parker Walton. It could be a reminder that he is the team’s leading tackler in 2015 and 2016.

“I think it’s him as a leader, him as a defensive captain. He’s been our MVP the last two years in a row,” Chaparral head coach Thomas Lewis said. “He’s been a leader on and off the field. He’s kind of like a silent captain that basically everybody knows he’s a no-nonsense guy…I think the kids feed off of that. They see him every single day come into work and is kind of a lunch-pail kid.”

Walton was a part of a three-headed monster with safety Kurt Shughart and defensive end Brandon Jamison on the Firebird defense in recent years. The trio combined for 255 tackles, 21 sacks and 8 interceptions in 2015, leading the way for one of the best defenses in the state.

Shughart and Jamison have since graduated, but Walton, a senior, still uses the lessons he learned from his fellow playmakers to lead the Firebirds in 2016.

“I learned from Kurt just always play hard. He’s always my dude who mentored me, I kind of play similar to him. I like hitting and we’re pretty hard-nosed guy,” Walton said. “Brandon’s the brains of the team. He told me just to know your plays know your technique and use them in the games”

Shughart continues to provide guidance to Walton about being a leader for this young Firebird team. This year, Chaparral was forced to replace 2015’s five leading receivers along with Shughart, Jamison and other key players on the defense. The 4-5 Firebirds have found a playmaker in sophomore running back Marqui Johnson and the defense has given up just five points per game in their wins, led by Walton, Jack Moyes, Mason Drake and Rashad Carter.

A key to Chaparral’s success over recent years has been linked to their ability to plug young players into the lineup and develop them into multi-year starters. Shughart, Jamison, Tyler Whiley, Trevor Wood and Jake Roh were all sophomore contributors that turned into senior year stars in recent years.

“It’s almost vital to a team to have the kids that have been through the program, those cornerstones,” Lewis said. “Kurt was amazing as a captain for us, I mean offensively and defensively, he played both sides of the ball. So he was our emotional leader on both sides, so he was very hard to be replaced. Parker is a different type of leader, like I said he’s not very vocal but he leads by example on the field and off the field.”

That example is a team-leading 80 tackles with 15 tackles for loss his senior year. The linebacker has also been someone that Dane Breslo and Luke Shirvinski, the team’s next two top tacklers, can look to as they play through their junior seasons.

And if anyone on that Chaparral team has questions, they just need to look for #1 and follow his lead. 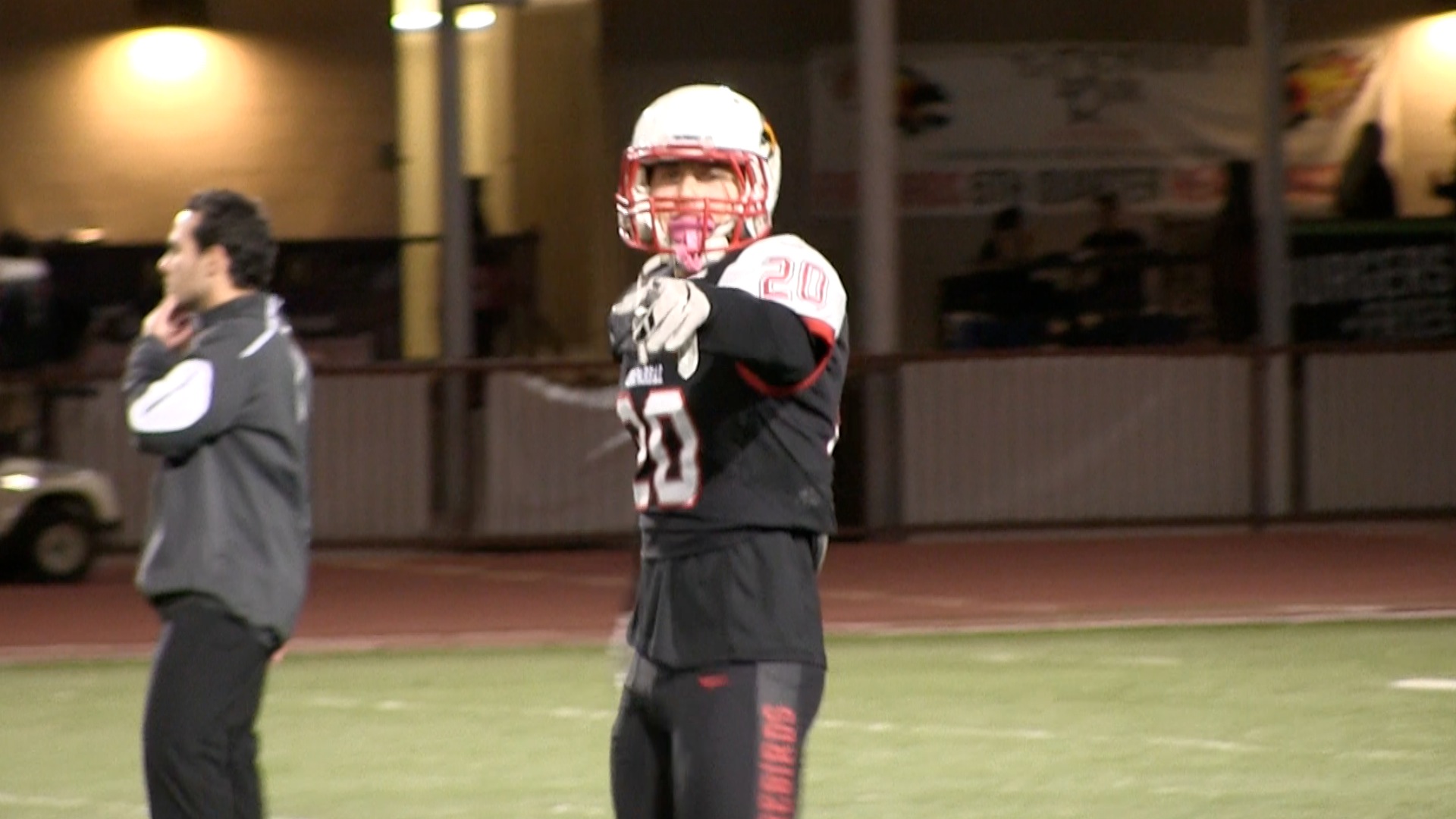 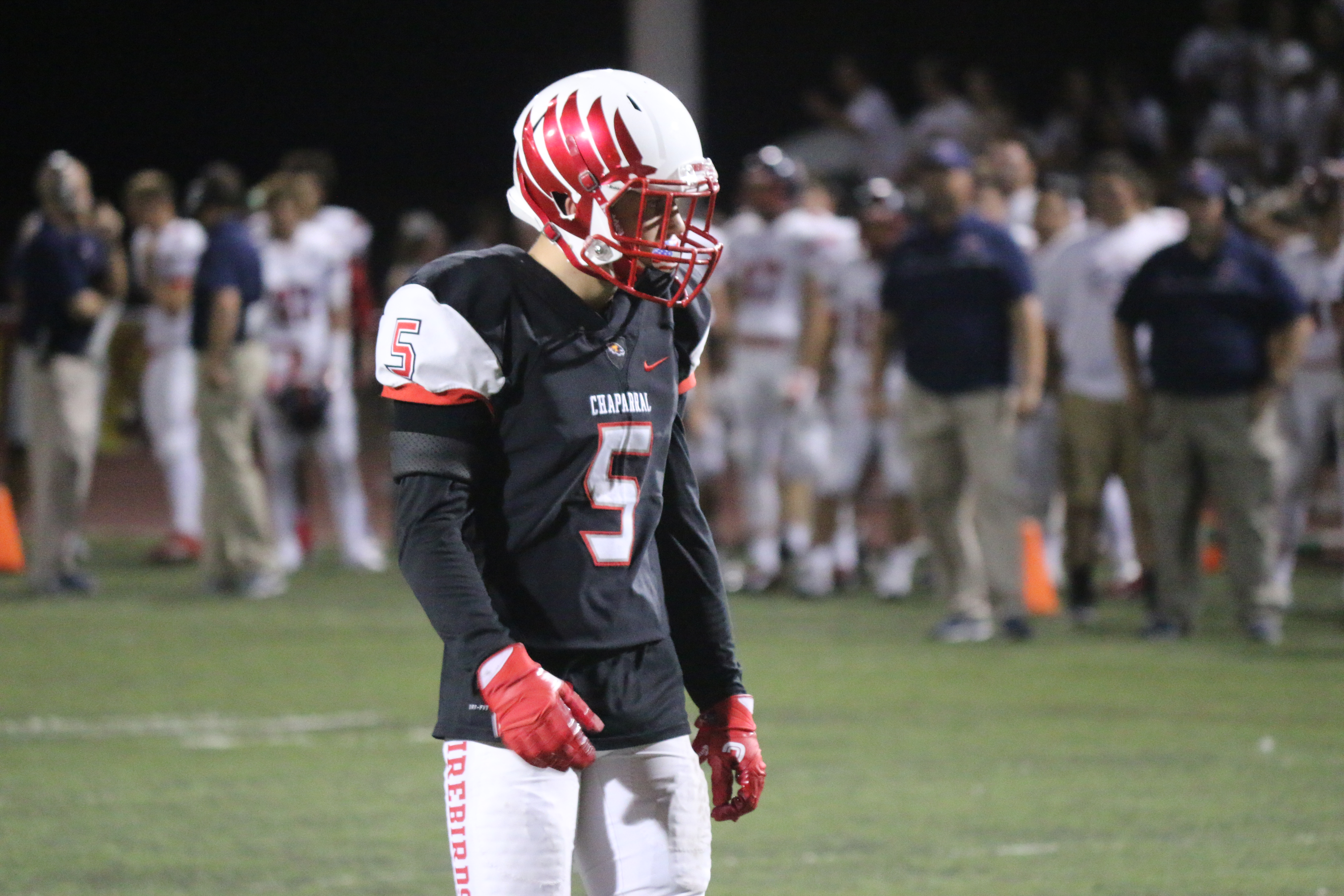 Chaparral’s Kelly A “Spark” In All Three Phases Of Game