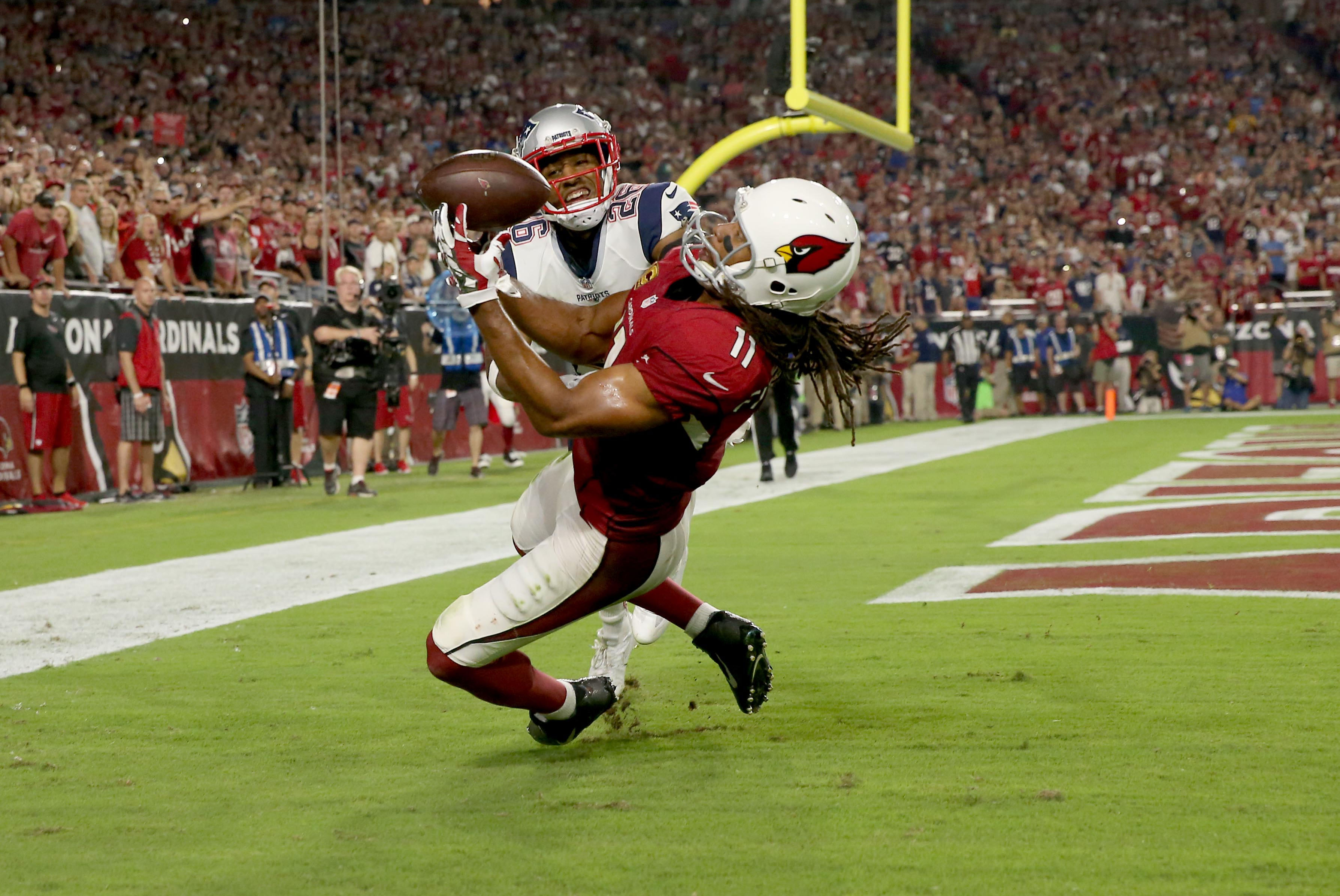 Everything can change in just a few seconds.

No one needs to remind the Arizona Cardinals who dropped their 2016 season-opener Sunday night to the New England Patriots as Chandler Catanzaro’s 47-yard field goal sailed wide in the final seconds.

The miss also cost the Cards some free publicity.

King, who was in Glendale covering the primetime matchup, picks up the story from there.

“It’s Sunday night and all of our cover possibilities have sort of dissolved,” King told Sports360AZ.com’s Brad Cesmat during his weekly interview Tuesday morning. “I go over to [Cardinals Vice President of Media Relations] Mark Dalton in the press box and I said to him, ‘if something happens, the Cardinals might be on the cover depending on what happened in the game.'”

Under the brightest lights Larry Fitzgerald picked up where he left off last season catching his 99th and 100th-career touchdown passing Don Hudson on the all-time list.

For King and his staff the late-summer stars seemed to be aligned.

“Man, we got a cover,” he enthusiastically told Cesmat. “The old master. He’s still got it…all that has to happen for Larry Fitzgerald to be on the cover this week instead of Khalil Mack is for Catanzaro to make this field goal and I’m pretty confident he’s going to make it.”