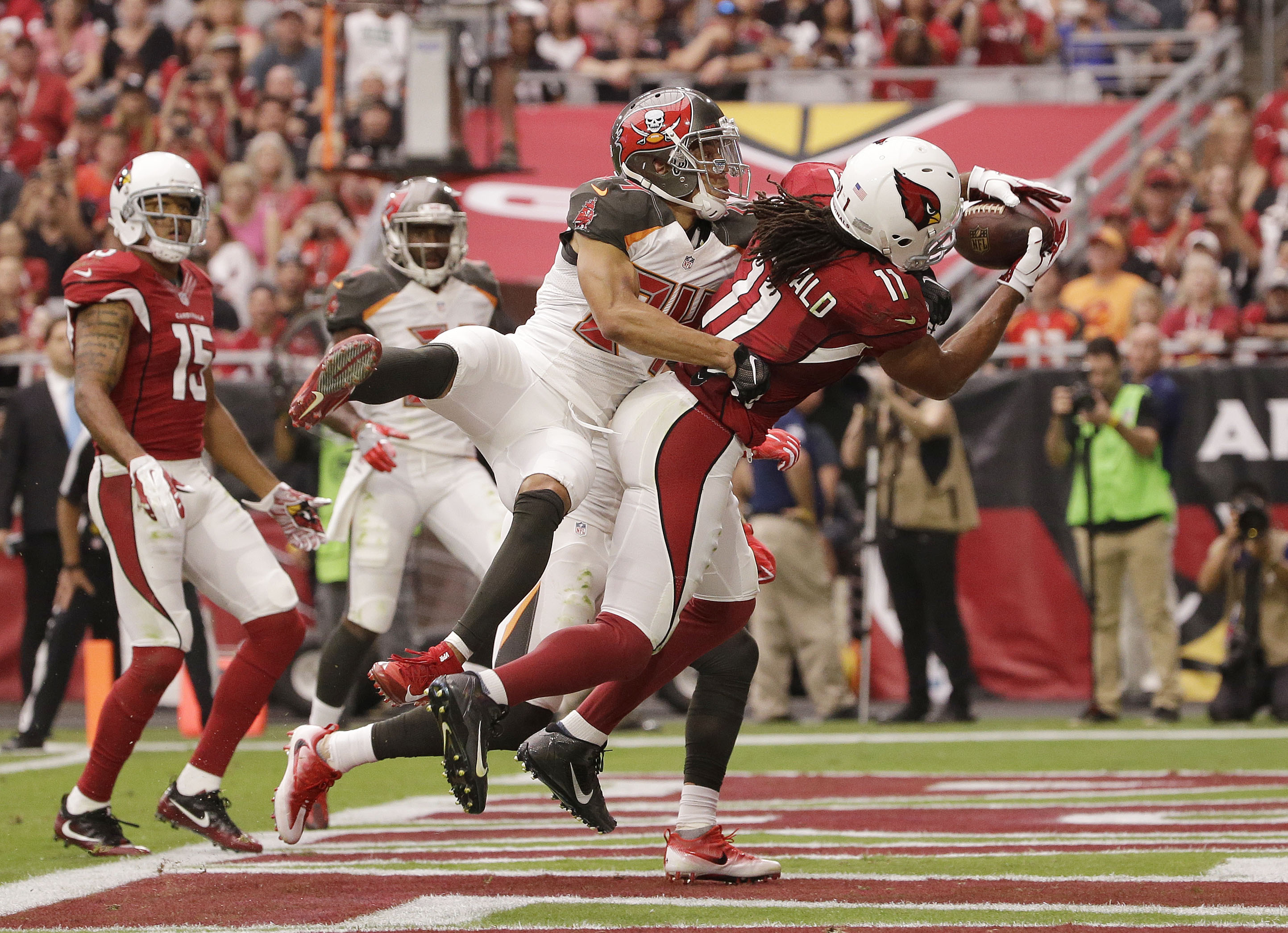 Arizona Cardinals Larry Fitzgerald catches a 4-yard touchdown pass from Carson Palmer against the Tampa Bay Buccaneers in the first half on Sep. 18, 2016 in Glendale, AZ.

It may only be Week 3 but if the current trend continues it appears the NFC West may be even more wide open than many of the so-called experts thought this summer.

Every team is 1-1 but only the Arizona Cardinals have been close to a perfect start, falling in the closing seconds to the New England Patriots in Week 1.

This weekend Bruce Arians’ squad will make the cross-country trip to upper New York for an early kick against the winless, embattled Buffalo Bills.

Do the Cards need to be on upset alert Sunday?

“I think the team is basically a train wreck,” SI.com Senior NFL Writer Peter King said of Rex Ryan’s team to Sports360AZ.com’s Brad Cesmat during his weekly interview Tuesday. “You don’t fire your offensive coordinator five days into the season…they’re going to pay Greg Roman three million dollars over the next 16 months to not coach their football team.”

I don’t think it was Roman who oversaw the D giving up 37 points and 493 yards in the home opener, however.

Stacking early-season wins could make life easier for the Bird Gang to repeat as division champions with the Seahawks, Rams and 49ers still searching for their offensive identity in September. Seattle and Los Angeles have combined to score just one offensive touchdown in four games.

“Biggest surprise to me is that Seattle had 22 possessions in two games, they’ve scored one touchdown,” King explained to Cesmat. “Seattle through eight quarters cannot line up on offense and do anything consistently.”

This comes as music to the ears of Cardinal fans who, rightfully so, view the Seahawks as their stiffest competition in the NFC West.

King believes, at least early on, that competition could be short-lived in 2016.

“If I had to guess right now, I think Arizona is going to win this division by three games. But that’s just a guess. Seattle could get well…but right now they’re so inconsistent on offense I don’t trust anything they do.”

The Seahawks host the 49ers this weekend.