Here are some hi-lights from our most recent conversation (September 13th) with the Fantasy Sports Writer’s Association Hall of Famer.

I know this may sound crazy…but should I explore trading Dez Bryant? “I mean, what are you going to get for him right now? That’s the thing…I mean, he’s a talented player. I loved Dez in the matchup [last] week and I liked Dak Prescott. Keep in mind, Cole Beasley dropped a touchdown and Dez dropped a touchdown. He came down and the ball came out. So, I wouldn’t panic on Dez. They’re playing the Redskins. Is Josh Norman guaranteed to play against Dez Bryant? I don’t know. I don’t give up on Dez. I don’t trade Dez. This is a guy who cost you a second or third-round pick.”

How does Jameis Winston match up against the Cardinals in Week 2? “Last week I had Jameis as my sleeper and he even exceeded my expectations with four touchdowns but I don’t know if I’d play him this week. Arizona’s defense, I know they lost, but overall pretty good. Jimmy Garoppolo did not have a huge fantasy game. When you look at the Arizona Cardinals they’ve allowed one or fewer touchdown passes in five of their last six home games so the match up on paper is clearly not favorable for Jameis.”

What about Carson Palmer against the Bucs? “You’ve got to like Palmer. I was a little bit concerned about him. He had 18 points last week. I had him projected around 15 or 16. The Buccaneers game up 334 yards and two touchdowns to Matt Ryan on the road so Palmer’s a really good play.”

Who are some potential sleepers in Week 2? “Joe Flacco is there. Terrance West-I don’t know if I would want to trust him but you want to look at games that will likely be high-scoring. Last week I looked at Indianapolis-Detroit and New Orleans-Oakland. I doesn’t always pan out but there are going to be games out there where there could be some points scored. Jacksonville-San Diego could be high scoring. I think Cam Newton could have a huge game against the 49ers. I think Jonathan Stewart could, as well.” 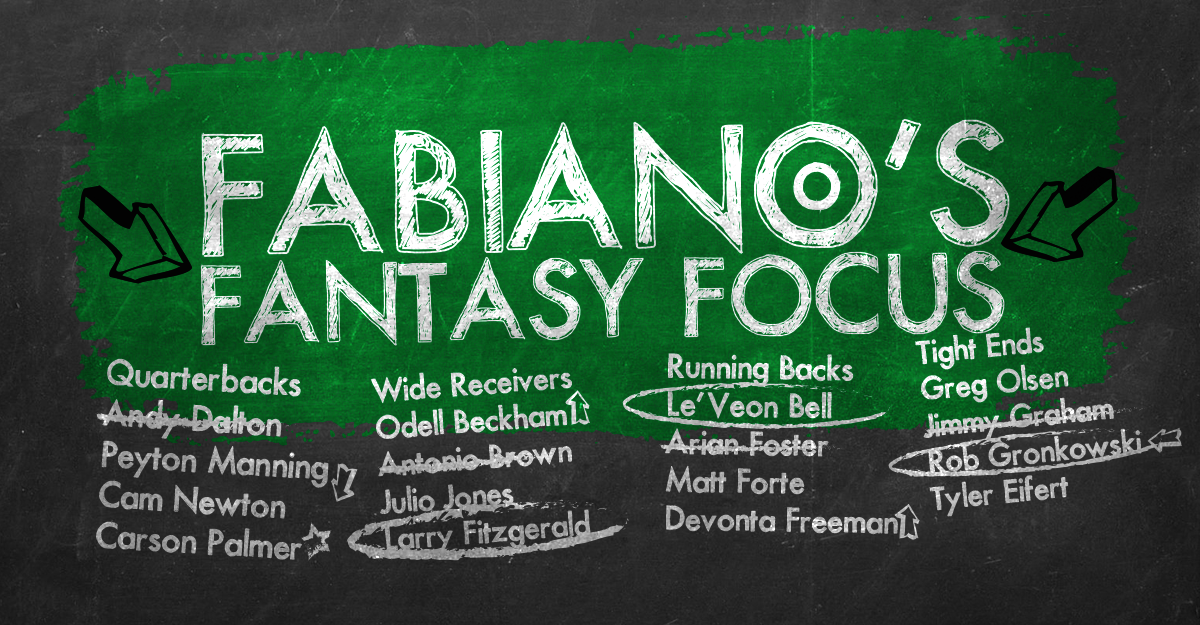