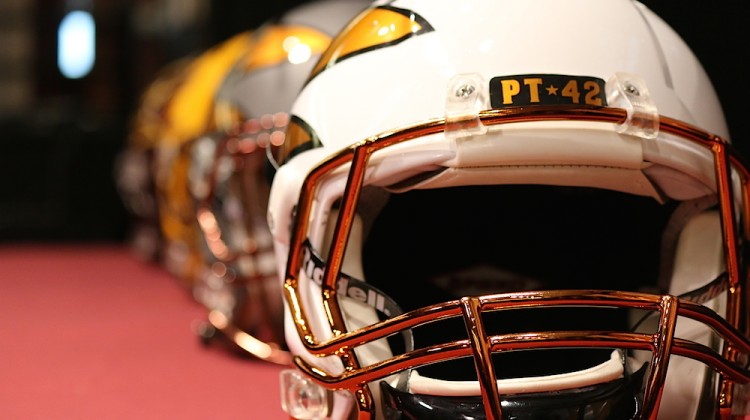 There is plenty of uncertainy with the Arizona State Sun Devils. There is a new quarterback, and plenty of inexperience along the offensive line and secondary. Now there is plenty of players on the roster to help settle that uncertainty and make the quarterback’s job, whoever it may be, a little easier.

Here are the Arizona State X-factors from each position group:

There are four players up for quarterback, all in varying sizes and styles, but no matter who is under center or in the shotgun for the Devils, Kody Kohl could be a very useful asset for them. Kohl spent time under record-setting tight end Chris Coyle and had a solid junior season, catching four touchdowns. So he is a valuable safety valve for the 2016 quarterbacks, but it’s not just that. Kohl takes a lot of pride in his blocking. With an offensive line that is replacing four of five starters, having someone who can help slow down edge rusher’s on a quarterback’s blindside could be huge.

Richard and fellow running back Kalen Ballage return as two of the top running duos in the nation. They will be relied upon heavily as the new quarterback gets up to speed. Ballage is an absolute force and lightning in a bottle, but Richard has been the proven workhorse, getting 210 carries to Ballage’s 125. Richard also gets a lot more targets out of the backfield, catching 31 passes for 303 yards and three touchdowns.

We don’t know if Miller will crack the starting lineup come Week 1. But, the redshirt freshman from Gilbert has impressed with his overall strength and ability since his first day on campus. With four offensive line starters needing to be replaced, Graham won’t hesitate to shuffle the line a bit until there is a formula that works. In years like this, offensive line depth is huge and this could be a massive opportunity for Miller.

Harvey was one of the most anticipated players to see in 2015 but was knocked out with a broken collarbone at Camp Tontozona. ASU fans got to see a glimpse of what Harvey can do when he hauled in a 41-yard touchdown against Arizona and saw some time in the Cactus Bowl. Now, he returns to be a prominent target opposite Tim White.

The skill positions could be the strength of the ASU offense with Tim White, deep threat Cam Smith returning from injury and the aforementioned Jalen Harvey receiving significant snaps this year. And then there is N’Keal Harry. Harry is one of the top receivers from the 2016 class and made plays time and time again at Chandler High School. He swaps out the blue and black for maroon and gold and has already been dubbed someone who could be a freshman contributor and matchup issue for defenses. Standing at 6-foot-4 and 200 pounds and having above average speed, Harry could be a nightmare a la Jaelen Strong for opposing defensive coordinators.

Tashon Smallwood has progressed nicely over the past few years as a pass rusher. This year, he hopes to emulate two-time Pat Tillman Pac-12 defensive player of the year Will Sutton. He dons #90 and shows flashes of Sweet Tea Willie, and if he can even be in that ballpark, he is going to have a very impressive junior year.

Few men can make Todd Graham dance, but the ASU coach admits he cut a rug when Wicker announced his commitment to the Sun Devils. In his first year in Tempe, he racked up 7.5 tackles for loss and four sacks.

Dosey-Jo will be just one blocking issue within a strong front seven for the Devils in 2016.

Fiso was a monster last year, racking up 99 tackles and 20 tackles for loss. As the secondary continues to get comfortable, the pressure in the backfield will be crucial, where Fiso can come up big. With Fiso, Christian Sam, D.J. Calhoun among others, this linebacker unit could be some of the best in the west.

Orr was one of the few bright spots in a 2015 secondary that gave up big play after big play. With six interceptions his freshman year, he was tabbed as a freshman all-American. He returns as one of the more established members in a secondary that features a converted linebacker, Viliami Moeakiola, and a former running back, Gump Hayes. In a conference with Josh Rosen, Luke Falk and Davis Webb, the more playmakers in the secondary, the better.

Tim White the receiver is invaluable for a new quarterback, but don’t forget about Tim White the returner. White is the first true kick return option Todd Graham has had since coming to Tempe. White has the ability to change the game with one play and can help these new quarterbacks work with a short field.

Zane Gonzalez’s 2015 season was full of ups and downs. He had nights where he went 6/6 against Cal and nights where he connected on just two of five field goal attempts in an overtime loss against Oregon. If he can put together a solid senior year, he could break the record for most field goals in a career. Plus, Gonzalez had a habit of having his kickoffs sail through the back of the end zone, lengthening the field for the Devils’ opponents.

The expectations may not be as high as it was entering the 2015 season, but if these players deliver, a quarterback’s development could jumpstart, a defense could reside in the backfield and not a track meet and a successful run in the Pac-12 could be a reality.