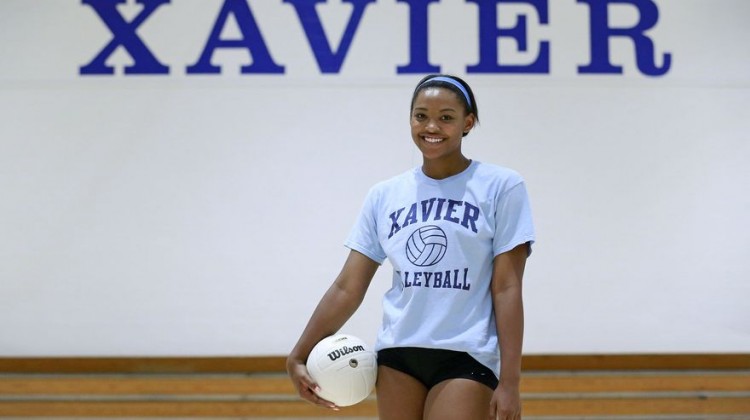 Next week will be an exciting week for recent Xavier College Prep graduate and volleyball star Khalia Lanier as she is headed to Hollywood. She begins her career at USC with a volleyball scholarship this fall but her trip to the coast on July 12th presents different excitement before her collegiate career begins.

The winners will be named at a dinner emceed by Sage Steele of ESPN Tuesday, July 12 while awards will be presented by the Carolina Panthers’ Cam Newton, Karl-Anthony Towns of the Minnesota Timberwolves (2014 Gatorade High School Athlete of the Year, 2013-14 Gatorade National Boys Basketball Player of the Year) and Abby Wambach, 2015 Women’s World Cup Champion and 1997-98 Gatorade New York Girls Soccer Player of the Year, among others.

As part of the honor of being nominated for this year’s award, Lanier will walk the Red Carpet prior to the ESPY Awards on Wednesday, July 13.

Lanier is coming off of a dominant senior season in which she led the Xavier to the Division I state final. She Recorded 496 kills, 324 digs and 28 service aces while posting a kill percentage of .438. She was named a 2015 American Volleyball Coaches Association First Team All-American, Under Armor First Team All-American and PrepVolleyball.com named her the top-ranked volleyball player in the nation.

Former Gatorade Athletes of the year include:

Best of luck to Khalia Lanier who has already made Arizona proud! Fans can go to Gatorade’s Player of the Year Facebook page to see highlights from the night.