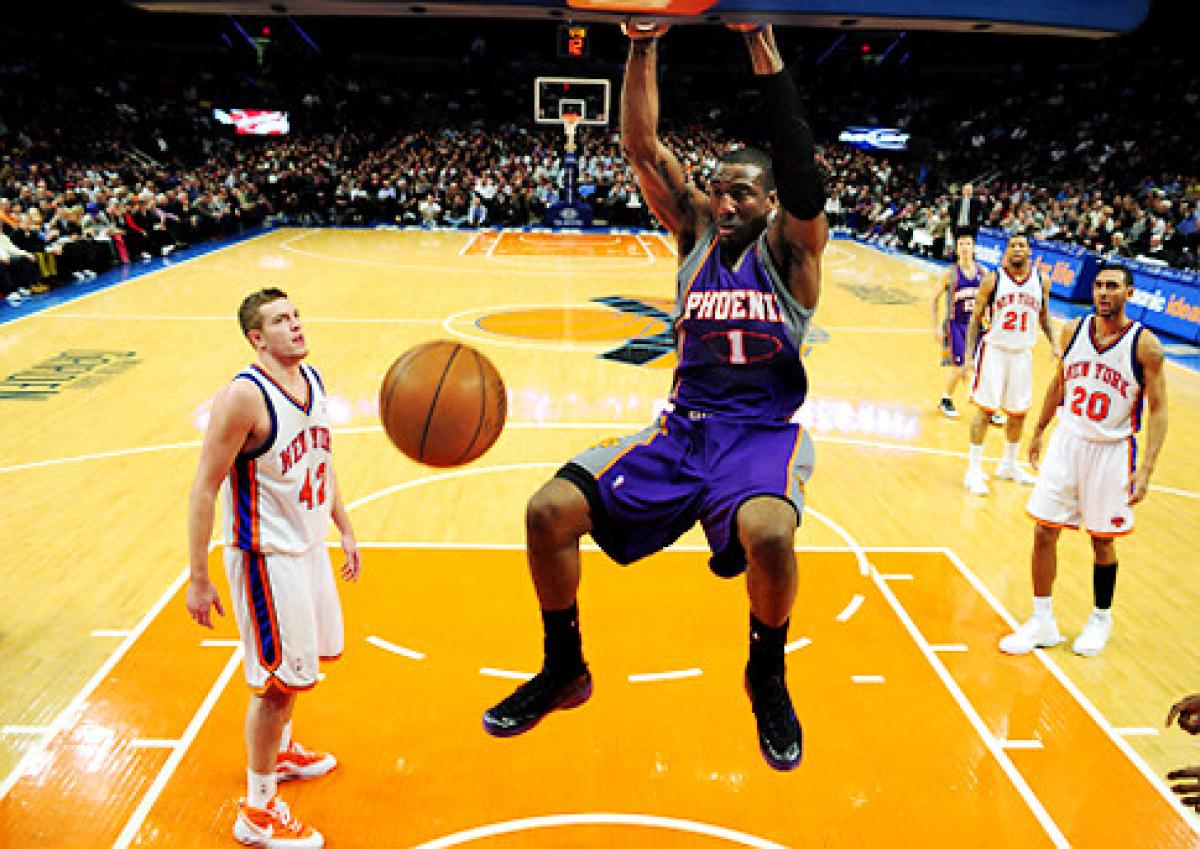 Amar’e Stoudemire I believe is one of the best ever to put on a Phoenix Suns uniform.

Whether or not he becomes a member of the Suns Ring of Honor after choosing to retire a Knick and not a Sun will remain to be seen but you cannot hide the fact that while STAT wore the number 32 and number 1 in purple and orange, he was one of the most prolific and exciting basketball players in the game.

Steve Nash and Mike D’Antoni get the credit for the Seven Seconds or Less Era in Phoenix and rightfully so. One was the creator while the other was the director. But the success the team had in that system required a front court presence who could run the floor, have great hands off the pick-n-roll with Nash, attack the rim or even pop out for a midrange jumper. Amar’e fit all those requirements and then some which was huge in the success the Suns had in that system.

You can watch this video of top 10 Nash to Stoudemire connections and half the time, no one on the building knew what Nash was going to do with the ball but Amar’e rarely dropped a pass from him.

I vividly remember a number of moments over his career. His battles with Kevin Garnett in which it seemed he would take the matchup with him personal because he was compared to KG so much early in his career. His emphatic dunks that put Richard Jefferson, Dante Cunningham, Michael Olowokandi and Anthony Tolliver on posters.

That one in Golden State over Tolliver in particular was one I remember falling out of my chair over. It was R rated. And the stretch he was on down the stretch of the 2010 season was instrumental in that incredible run that sent them back to the Western Conference Finals.

While his defense was not the greatest by any means, I wont forget the clutch block he had on Tim Duncan in the 2005 playoffs.

When it came to Amar’e, it seemed people either loved him or hated him. He was unconventional, unique and played with a smile which some loved while turning others off.

But as it pertains to Amar’e the Sun, even if he retires as a Knick, it was some of the best times any Arizona sports fan has had watching their favorite basketball team. For that, I say thank you for some incredible memories!