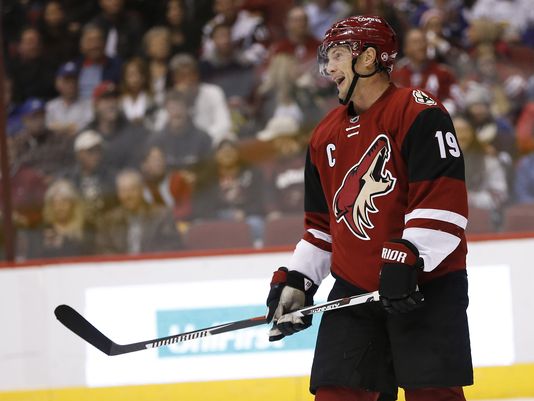 Captain Coyote is officially back for another year.

After a contract negotiation that took a little longer than some may have expected, Shane Doan and the Arizona Coyotes agreed to a one year contract on Tuesday and will continue he’s career with the organization that brought him into the NHL in 1995.

When he did hit the open market on July 1st, he mentioned some teams reached out but there was never any serious talks with anyone other than the Coyotes.

“A couple teams call to be polite I think,” stated Doan. “I didn’t want anyone to waste their time on me until there was a situation that was viable…I wanted to make sure I was able to stay in Arizona if they wanted me and that was the goal.”

Doan explained that after telling the team he would be coming back, there was a lot going on between the hire of John Chayka as General Manager, then free agency and the draft. Doan stated at no point did he feel he was treated unfairly in the process.

“Chycka was incredible with me and so was Tip,” Doan stated. “They were all overly cordial and generous. We knew eventually it would get done.”

At the end of the 2015-16 season with his contact coming to an end, many thought there was a change the 40 year old might hang up the skates for good. In mid-May, he and his family decided he was good for another year after a season where he contributed in a big way leading the team in goals. He mentioned after a game in November against the Islanders where he didn’t play much, he discussed his role is changing with head coach Dave Tippett and had an open dialog with him. That was a time he questioned how much longer he would play.

Then there were stretches where the puck was going in the net and felt he could keep this career rolling. He finished the season leading the team with 28 goals and 12 power play goals which were his most since the 2005-06 season.

“I am aware in order for our team to be successful, I am going to take a lessor and lessor role,” mentioned Doan. “We’ve got young guys taking bigger roles and taking over everything which has already started to happen. I know that if we are going to achieve what we want to achieve, I need to take a lessor role. Hopefully I can be supportive and helpful.”

“I can’t stress enough on how the young guys made me feel relevant,” he added about the young core that made big strides last season. “It could be hard being the old guy in the group. They are all ultra-respectful and eager to learn.”

Doan explained that these days, you have to work twice as hard as you used to in training for an upcoming season but now it is a lot of fun for him because his kids will train with him. In terms of any long-term plan, he is playing it a step at a time.

“Re-evaluate every year,” said Doan on how much longer he thinks he will play. “When you look at the situation I am aware it is going to get harder and harder but I enjoy the group. It makes it fun when you come to the rink.”

Going into his 21st season with the Coyotes, Doan will surpass 1,500 games for his career if he can stay healthy. Something he has proven has been able to do having played in at least 60 games in 18 of the seasons. He is also four goals shy of 400 and 15 points shy of 1,000 for his career. 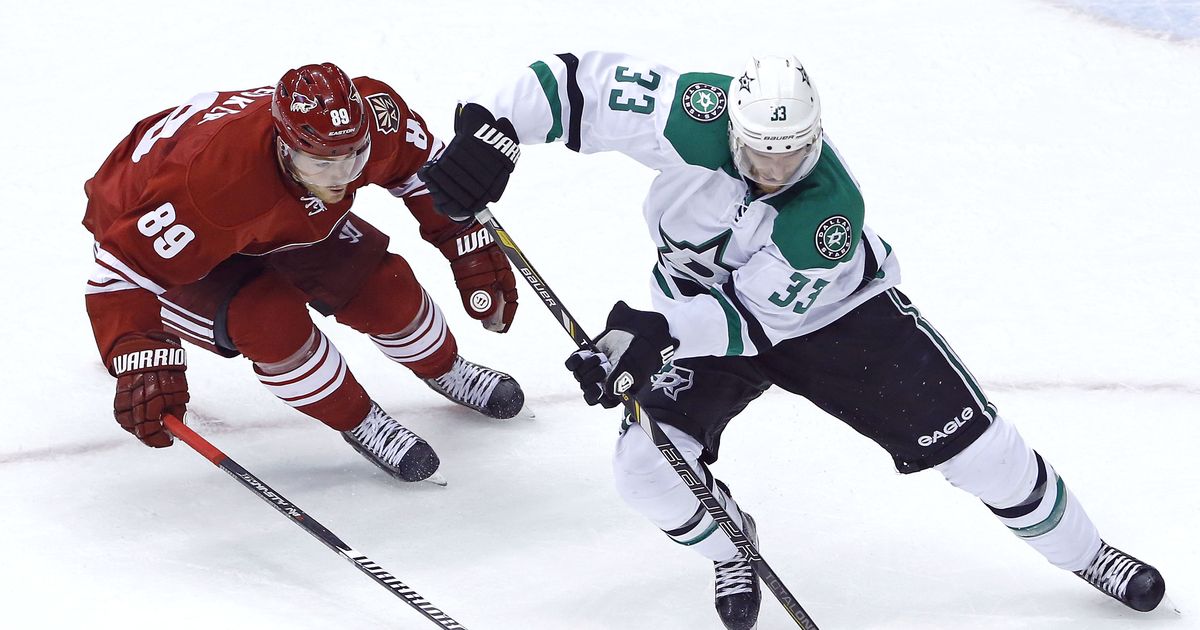