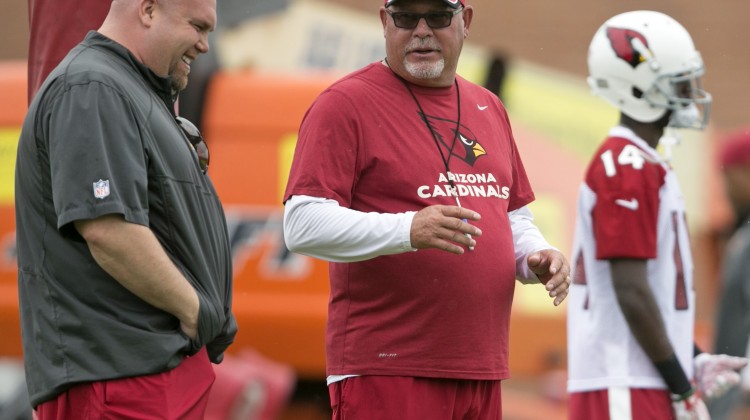 The Arizona Cardinals are no longer just a “nice little story.”

They’re a team which believes if they don’t win the Super Bowl this season, it will widely be considered a lost year. Since arriving at their current posts head coach Bruce Arians and general manager Steve Keim have not only raised the bar of expectations, they’ve essentially encouraged fans and media outside the organization to do the same.

“They’re obviously one of the best franchises in the NFL,” CBS Sports NFL insider Jason La Canfora told Sports360AZ.com’s Brad Cesmat in a recent phone interview. “They’ve sustained a level of success over three years now that is up there with anybody.”

“You’ve got a very aggressive general manager,” La Canfora explained to Cesmat. “Who’s not afraid of his own shadow, who doesn’t talk himself out of things and doesn’t fall into the group fate that I think plagues a lot of this league.”

La Canfora applauded the off-season season addition of pass-rush specialist Chandler Jones who will help address the Cards’ low number of sacks (36) in 2015.

“The defense at all three levels can make things happen,” he said.

The biggest question remains the physical health of quarterback Carson Palmer, as well as his mental health should Arizona reach the playoffs this season as many predict.

“This is a chance for him to put a pretty bow on the tail end of his career and wrap it up pretty nicely,” La Canfora said.

The Bird Gang is certainly hoping that’s the case in early February.